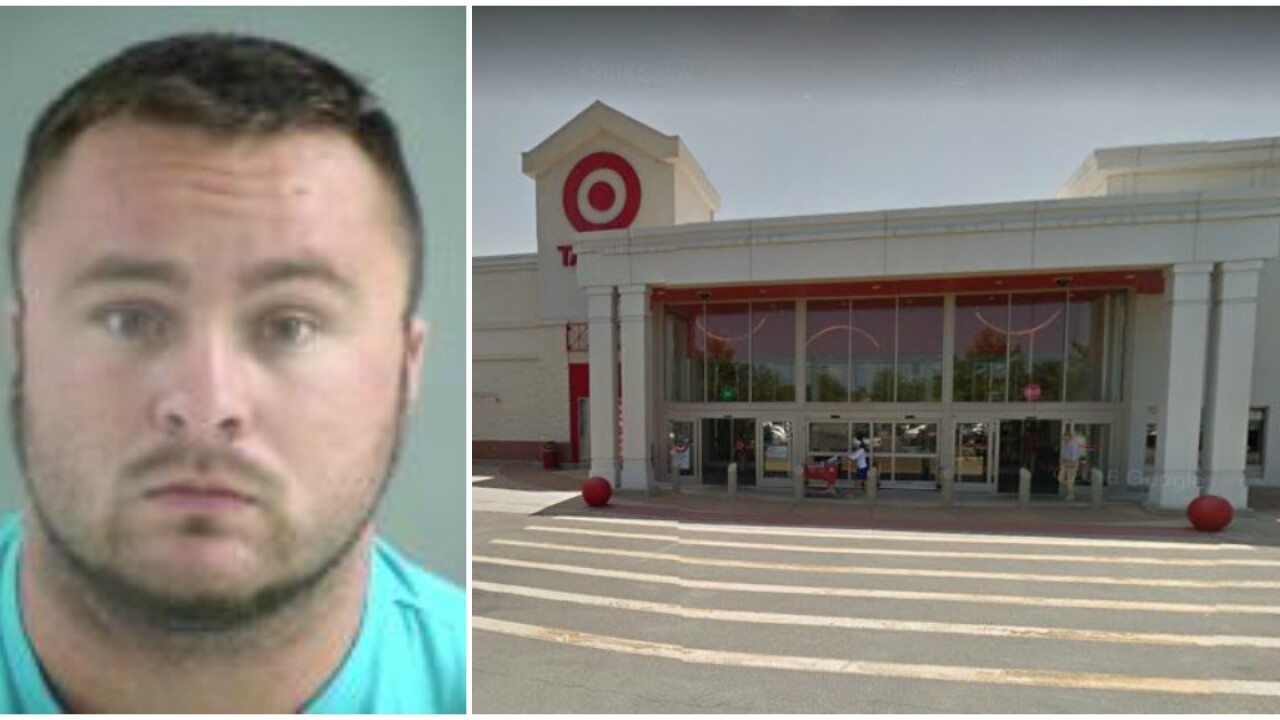 HENRICO COUNTY, Va. -- A Moseley man was arrested and charged with filming people changing in dressing rooms at a Target store in Henrico County.

Police were called to the Target on West Broad Street, near Libbie Avenue, on Monday night.

"The victim reported she was in the dressing room when she observed a cell phone under the door. She then confronted a male who was then followed as he left the store and was seen leaving in a vehicle," a Henrico Police spokesperson said.

A second victim under the age of 18 was also involved in the incident.

Reporter Sandra Jones requested a jailhouse interview with Gregory.  But he declined to comment at this time.

At the Target store in the Libbie place shopping center on West Broad Street, unsuspecting customers cringe over of a reported crime in the dressing room.

"I don't know if I could ever get dressed in this target again,” said Chloe Pobladore.

"It's awful. I think that we should be able to shop and not be taken advantage of like that,” said Anna Skeppstrom.

In Chesterfield, police are looking for a man also accused of upskirting a woman at the Target location in Westchester Commons.

In Loudoun County, detectives are also on the lookout for this guy involved in yet another upskirting case at Target.

"As technology continues to grow, we're going to continue to see more and more of those types of things.  Some of those cameras can be actually as small like a pen,” said Greg Bell, Chief Information Security Officer at COV, DBHDS.

Greg Bell is a security expert. He says criminals can modify those cameras to use infrared that will actually look through a woman's clothing.

"If you're in an open area and someone is right next to you. Yeah, you should question why are they so close to me?  And look for signs that they're holding something in their hands that could be recording you,” said Bell.

While most retailers have cameras on the premises, Bell says customers should never confront the suspect.  But alert store managers.

“You have to remember that they’re performing a criminal activity and you really need to draw attention to it,” said Bell.

A Target spokesperson sent CBS 6 a statement regarding the recent upskirting incidents across the Commonwealth.

“At Target, we want all of our guests to have a safe and welcoming experience whenever they shop at our stores. And as part of our commitment to safety, we have procedures, policies and trainings in place to help ensure that our stores are safe places to shop and work. We will not tolerate the behavior that we saw at the Chesterfield and Henrico Target stores and are working closely with law enforcement by offering whatever support is needed. Since these are active investigations, we ask that you direct all further questions to law enforcement.”