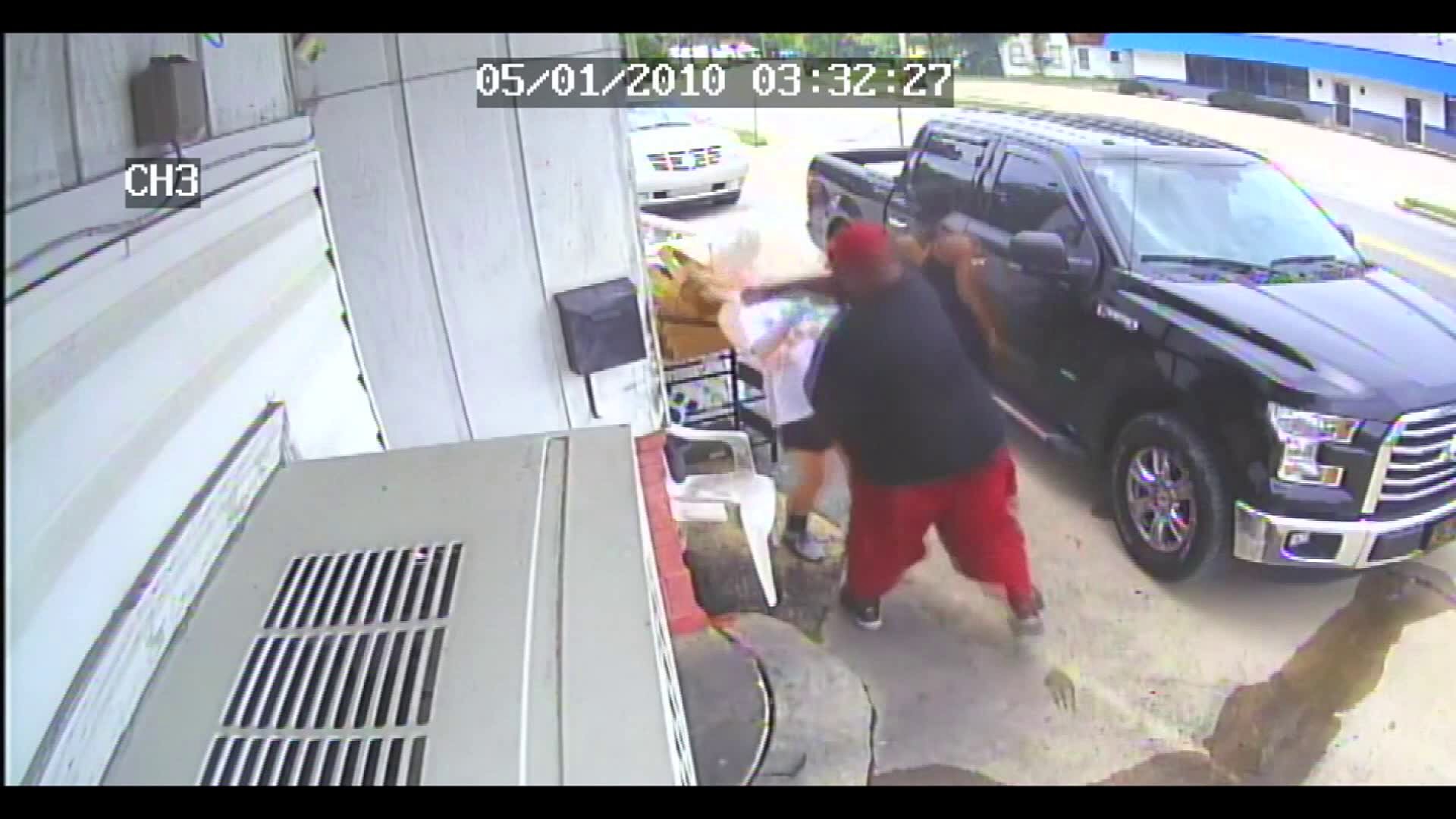 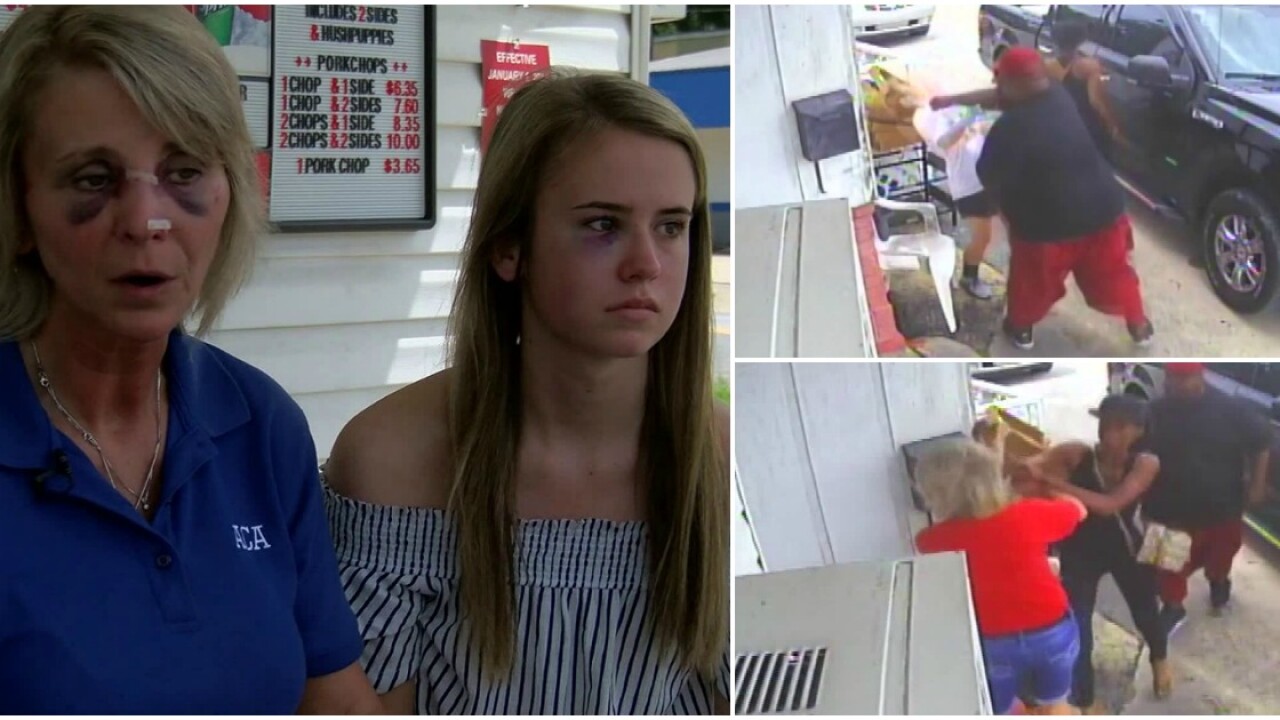 BAXLEY, Georgia -- Police continue their search for a Georgia couple who attacked a mother and her 15-year-old daughter at a roadside chicken stand.

Norris said she went back and forth with the couple for a few minutes and refunded their money.

But it appeared that was not enough.

"She went berserk," Norris said. "They both lost it, him and her both, started cussing and beating on the window."

Norris said when she came outside to tell the couple police were on the way, the woman started punching and slapping her in the face.

What Norris could not see was her 15-year-old daughter had gotten out of her truck to help her mom.

"One of my employees yelled, 'He's got her. He's got her.' And that's when I realized he had hit her," Norris said. "Who does that? Who punches a child like she's a grown man standing there? He needs putting under the jail!"

It has prompted the community to act.

Once the story hit social media,  the police department was flooded with tips that helped police identity the couple as Eric and Latasha Smith. Now both face several felony warrants for their arrest.

"You hear the old saying people don't want to get involved, they got involved," Chief Godfrey said.

Anyone with information about the couple's whereabouts was asked to call Baxley Police at 912-367-8305.