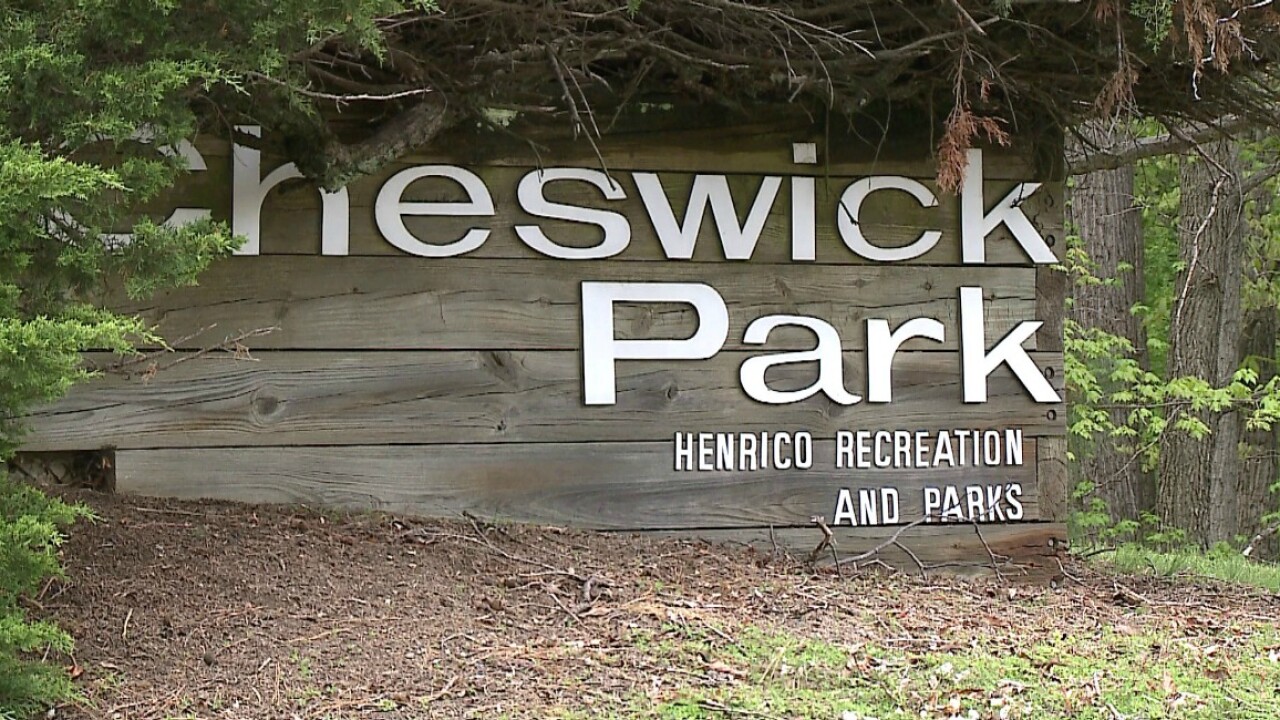 HENRICO COUNTY, Va. -- Police are looking for a man who tried to rape a woman in Cheswick Park Saturday morning.

The incident occurred just before 11 a.m. when a woman running on the trail near Alvarado Road was approached by a black male armed with a handgun, who told her he intended to sexually assault her. The two got into a scuffle and the woman managed to knock the gun away from the man. As the altercation continued, the suspect eventually got a hold of the gun and struck her with it, causing the two to separate.

The woman was then able to run away and tell another patron that she had been assaulted, prompting them to call police.

She was taken to St. Mary's Hospital to be treated for lacerations, bruises and a cut to the head that she sustained in the attack. Her injuries were said to be minor in nature.

Police established a perimeter around the park and used K-9s to search for the suspect, but were unable to find him. The suspect is described as a dark-skinned black male in his early 20s to early 30s, 5 feet 9 to 5 feet 11 inches tall and wearing a bluish gray Captain America t-shirt, dark gym shorts and pink sandals.

One runner said this assault is another example why she takes extra cautions if she's exercising alone.

"That’s why I don’t run with both my headphones in. you have to be aware of your surroundings," Nya Perry said. "I hope somebody catches him because whoever does catch him, let it be the police or another bystander, that they’re safe."

Anyone with information on the suspect's whereabouts or the incident is asked to call Henrico police at -804-501-5000.