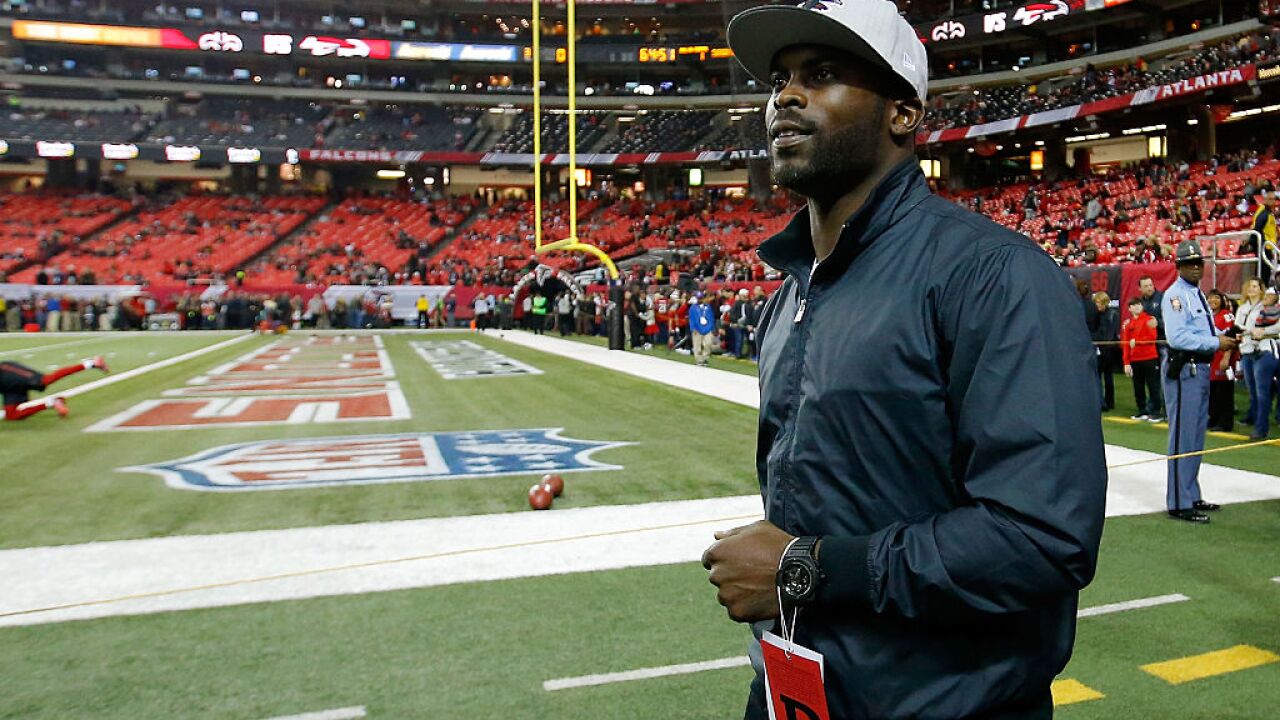 ATLANTA, GA – JANUARY 01: Former Atlanta Falcons player Michael Vick walks on the field prior to the game against the New Orleans Saints at the Georgia Dome on January 1, 2017 in Atlanta, Georgia. (Photo by Kevin C. Cox/Getty Images)

NEWPORT NEWS, Va. – Former NFL quarterback Michael Vick’s father was one of 12 indicted Wednesday for his involvement in a heroin conspiracy.

Boddie was charged along with 11 others for their role in conspiring to distribute and possess with intent to distribute 1000 grams or more of heroin, the Department of Justice said.

Some also face additional charges of money laundering, maintain drug involved premises, use of a communication facility and possession of a firearm during drug trafficking.