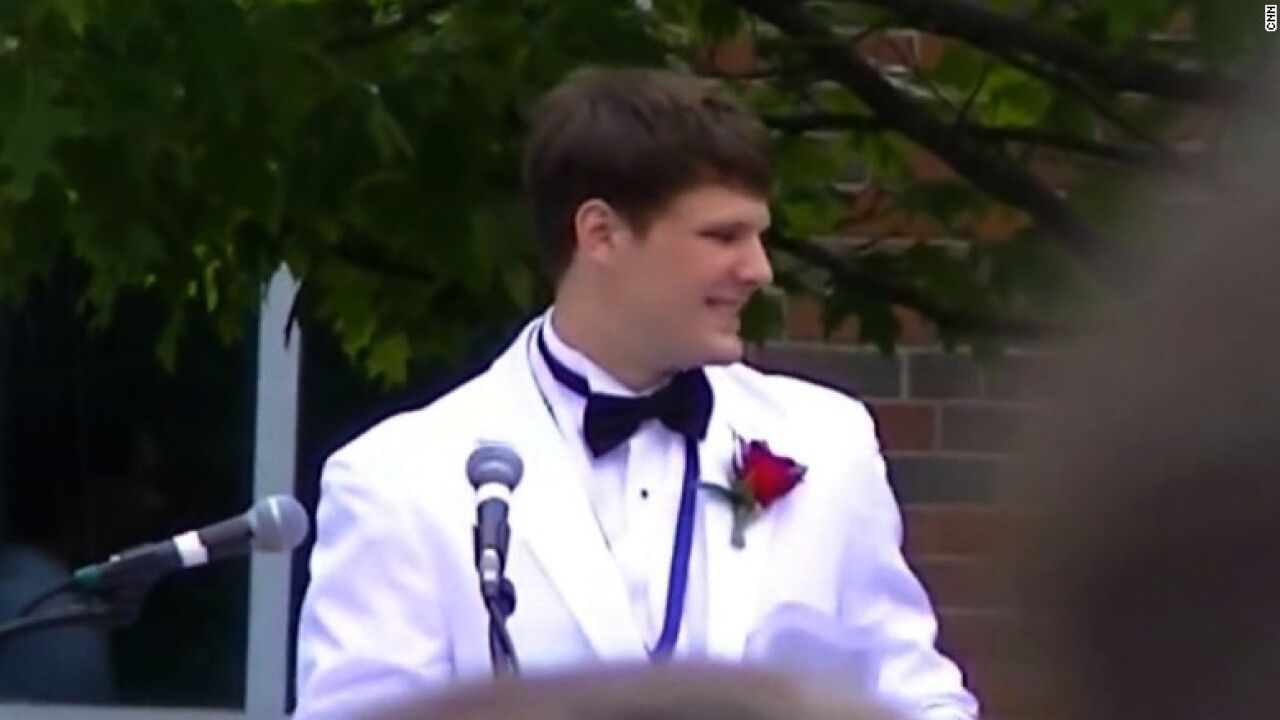 CINCINNATI, Ohio — On a pleasant graduation day outside Cincinnati four years ago, Otto Warmbier bade farewell to the Wyoming High School class of 2013.

The class salutatorian, in what was his customary good cheer, delivered a memorable speech, a message of inspiration and friendship.

It would be the last time many of his classmates heard his voice and saw him speak.

Warmbier was detained during a tour of North Korea last year for trying to steal a propaganda poster, the government said, and during his imprisonment he somehow slipped into a persistent vegetative state. He suffered significant brain damage that ultimately led to his death Monday in Cincinnati, barely a week after he was released and flown home.

The seniors who witnessed Warmbier’s plainspoken and heartfelt oration recoiled years later when they saw the news photos of their old friend weeping during what North Korea called a trial and when they saw images of him being carried off of a plane while in a vegetative state.

But his poignant goodbye to his graduating classmates, now circulating across social media, strikes a universal chord that drowns out the images of his horrific ordeal.

“Truly someone in the past however many years has found the right way to say goodbye to 153 seniors in just a few sentences,” Warmbier said in his speech.

He wore a white suit and dark tie, with an American flag to his right as he recounted how he used Google to research how to deliver a graduation address.

He couldn’t find the inspiration from great speakers and writers. So frustration set in and he flicked on the TV.

And that’s where he found the “perfect words to describe this class.”

The perfect sentiment popped up in a line delivered by Andy Bernard, the character on the TV show “The Office.”

“He didn’t use any big words or elaborate metaphors,” Warmbier said in his address. “He just spoke.”

Bernard said, “I wish there was a way to know you’re in the good old days before you’ve actually left them.”

“To me,” Warmbier said, “that one sentence completely captured the feeling of this graduation.”

“This is our season finale. This is the end of one great show, but just the beginning to hundreds of new spin-offs.”

Graduation day “marks the splitting of a group that has exceeded every expectation,” Warmbier said, a group that celebrated victory and battled adversity.

“We have all lost games, failed tests, ruined friendships, angered neighbors, wasted money, and done pretty much everything else that high schoolers do,” he said.

Wyoming, Ohio — located in Hamilton County — is a small and tight-knit community, and Warmbier captured its small-town essence.

Leaving Wyoming, he said, is like a “farewell to something larger than just a friend.”

“Tomorrow morning we will all belong to another class, another job or another city. No matter where we go or what we do, though, we will always have this group here,” he said.

“We’ll have the support of all of these people around us. We’ve have the knowledge we gained as a group. And we’ll have the reruns, the memories we created to be played over and over again.”