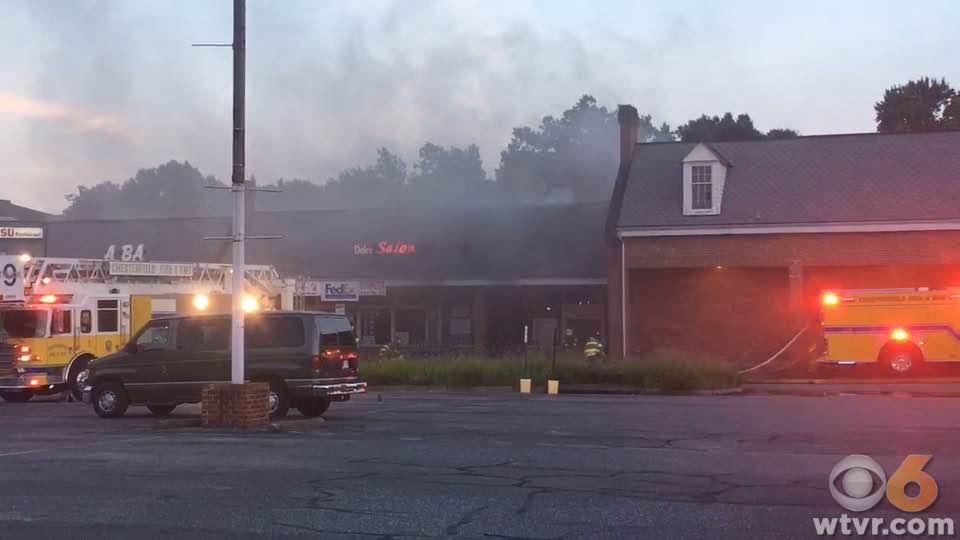 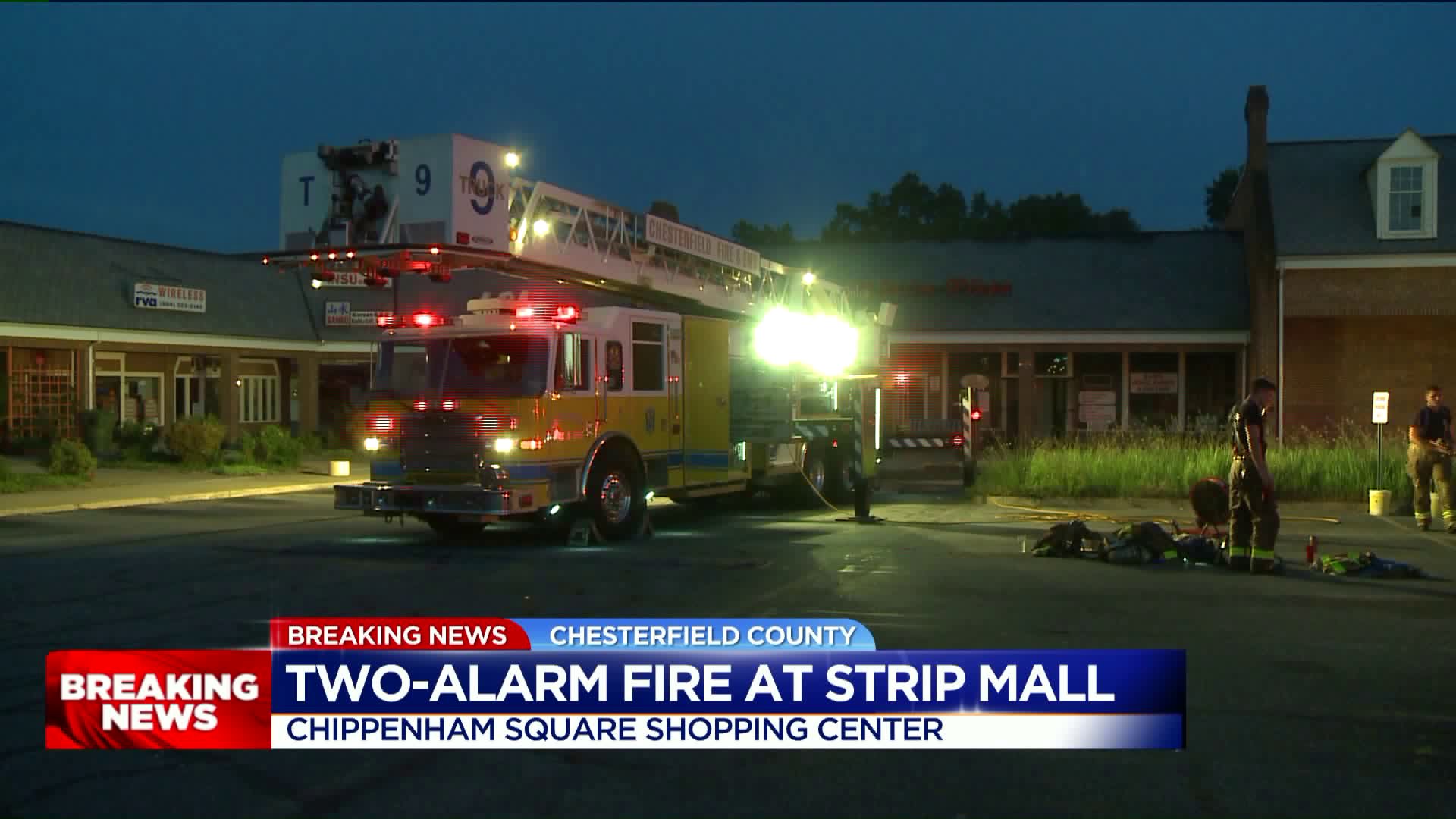 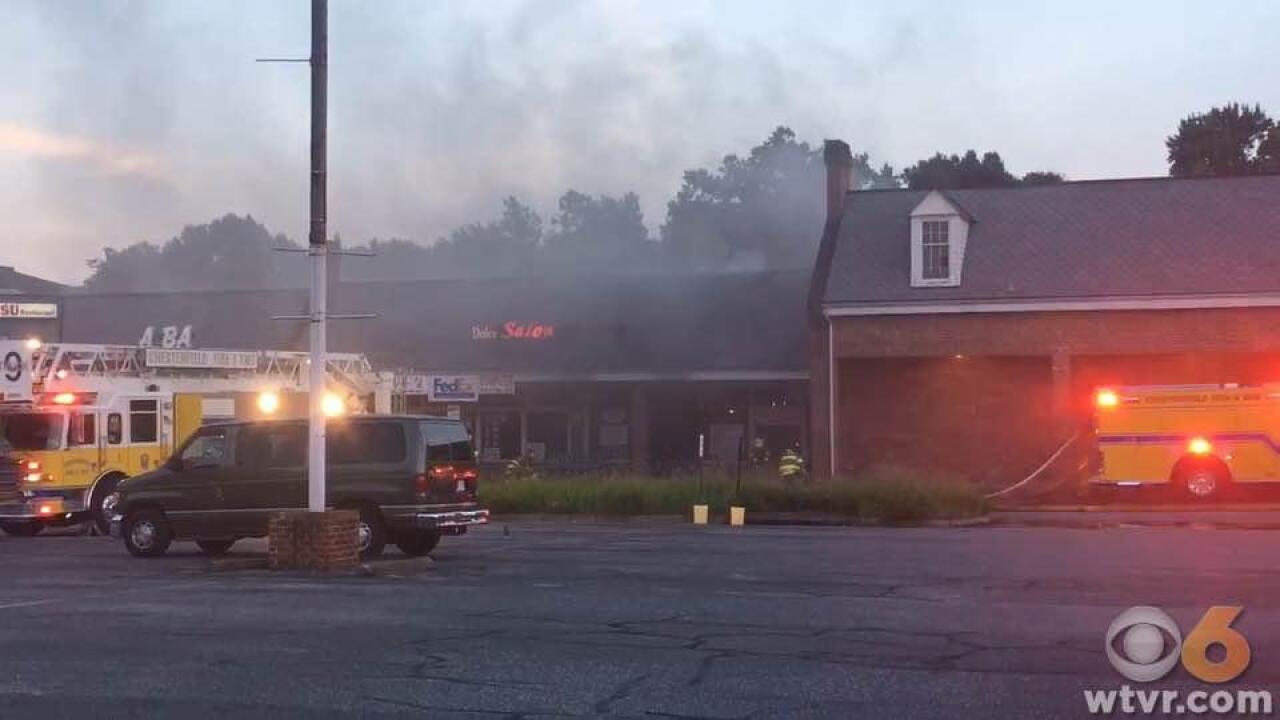 CHESTERFIELD COUNTY, Va. -- Crews battled a two-alarm fire that broke out at a strip mall in North Chesterfield Sunday evening.

The fire started at the Chippenham Square Shopping Center in the 7400 block of Midlothian Turnpike just after 8 p.m. That is when a passerby spotted smoke and called 911.

When crews arrived they found heavy smoke coming from the building.

Officials said a second alarm was called because of the size of the structure.

As of 9 p.m., crews had knocked down the fire and were turning their focus to cleanup.

No one was injured and officials said the stores were closed when the fire started and that no one was inside.

Crews believe the fire started in either a nail salon or beauty store at the mall.

There is no word yet on what sparked the blaze.