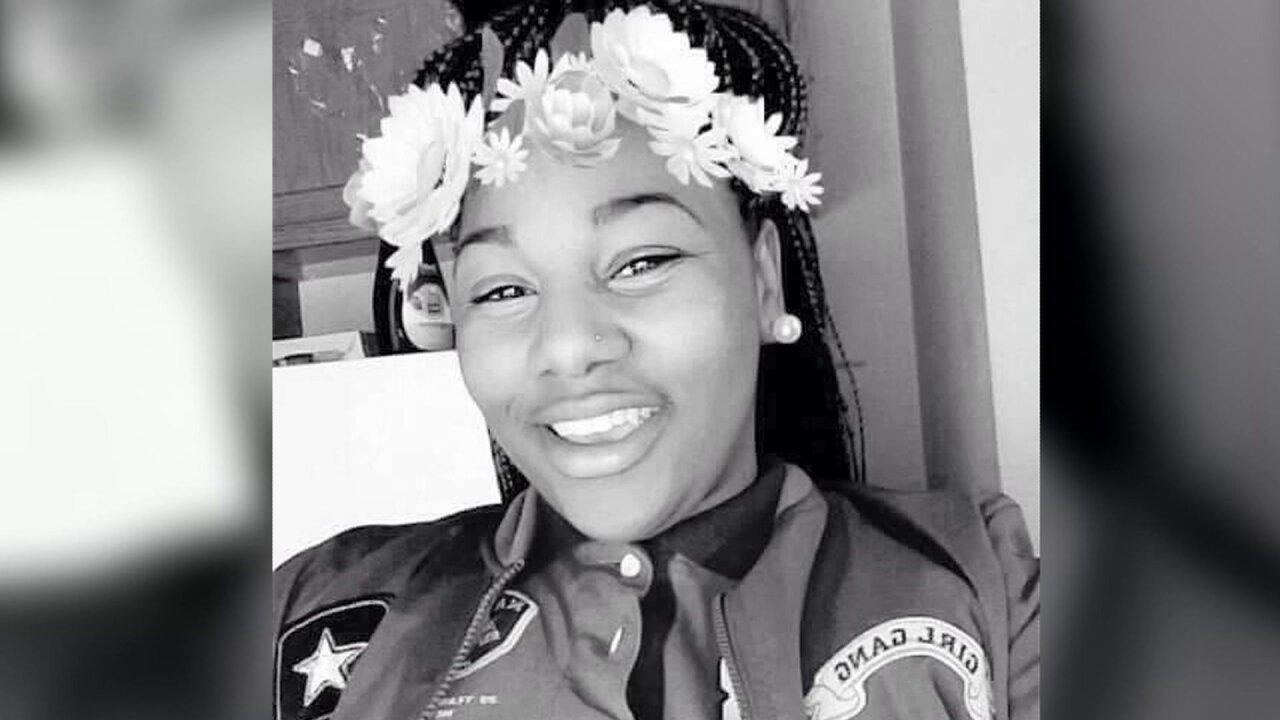 RICHMOND, Va. – The teenage female victim who died in a Northside quadruple shooting was identified by police as Jacquesha "Billie" Clanton, 18, of the 2300 block of North 29th Street.

The call for police first stemmed from a report of a fight in the 4000 block of Old Brook Road; then neighbors reported dozens of gunshots.

The shooting took place around 7:30 p.m. Thursday. Police found four victims, two males, and two females, who were transported to a local hospital.

Clanton succumbed to her injuries and was pronounced dead at the hospital. The three remaining victims were treated for non-life-threatening injuries.

The victim's cousin Mikayla Baylor said that she rushed to the hospital when she heard the news.

"She didn't deserve to die at all," Baylor said, through tears.

Her cousin said that Billie was with a group, and there for support.

"She was there for support and there at the wrong time," Baylor said.

Still, friends and family are left trying to put together pieces of a puzzle and figure out exactly what happened. Multiple Facebook live videos only show a part of a picture, they said.

"Why would somebody take her life?" Baylor said. "It's different stories people keep telling me."

Friends and family knew her as "Billie."

"We call her Billie, so when you see Billie, it's always smiles," said her friend Jakhira Brown.

Brown described her friend as the life of the party.

"When I got the call, it just broke me down," she said.

Friends and family took to social media using the expression #longlivebillie to express their grief and shock.

Thursday night’s shooting marks the 105th shooting in the city in 2017, compared to 76 at this time last year, according to police sources.

Police are investigating the incident as a homicide. There were more than 40 shell casings found at the crime scene, and police sources said gang activity is suspected. The shooter remains on the run.

Clanton's death is the 35th homicide this year and she was the third teen to die in within 10 days. This year six teens have died, four of those teens died in double homicides.