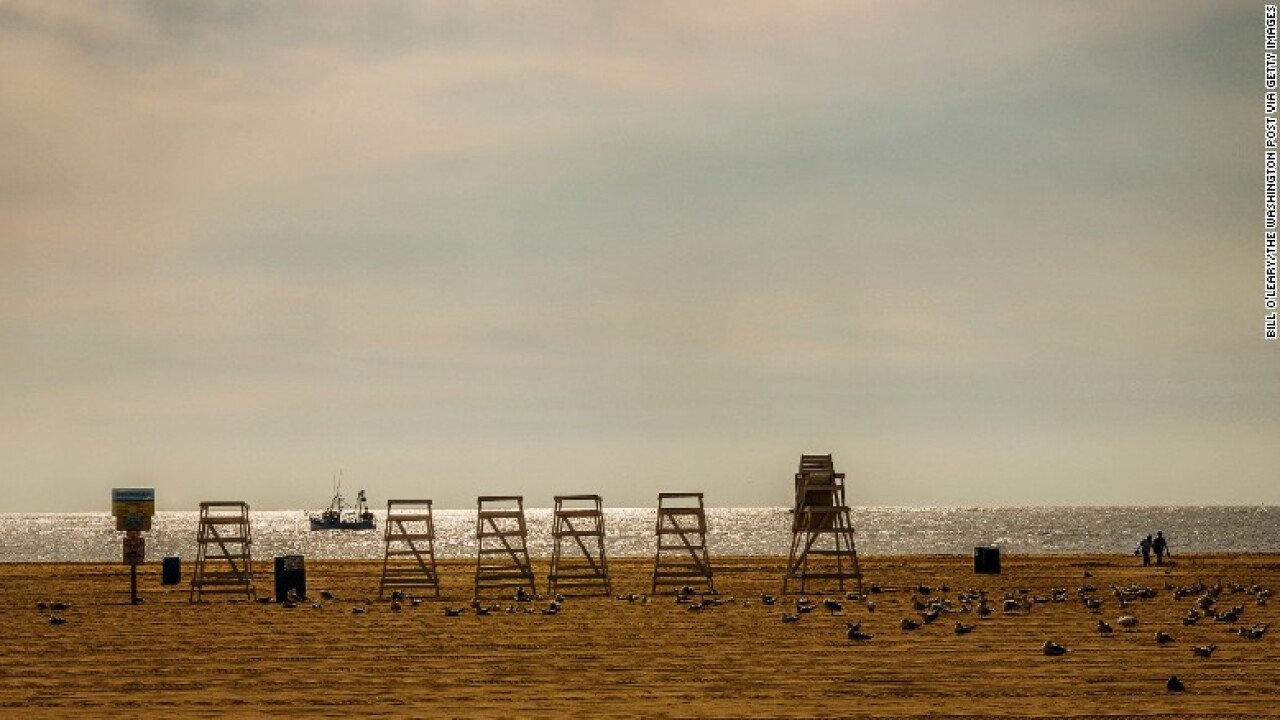 OCEAN CITY, Md. — Confusion about whether a family-friendly seaside Maryland town is now allowing topless female sunbathers made life anything but a beach this week for officials in Ocean City.

A memo sent out to Ocean City Beach Patrol employees on Tuesday described a change in policy and that lifeguards weren’t to police topless sunbathers.

“For the 44 years I’ve been guarding the beach in Ocean City, when we’d see (women) topless on the beach we would just tell them, ‘Hey, you can’t do that,'” Arbin said. “But since this formal request from someone, and since the Maryland attorney general’s office hasn’t issued their opinion on it, we don’t feel like we can tell people not to sunbathe topless.”

The change in policy was quickly picked up by local media, and spread like wildfire over social media.

But, says the mayor, not so fast.

The confusion over the policy change prompted the mayor to release a statement clarifying topless enforcement.

“Lifeguards in Ocean City are expected to have their eyes on the ocean, as the safety of our swimmers is their first priority. The town’s police department, on the other hand, will respond to calls from the Beach Patrol and complaints from our beach patrons, should any activity of toplessness occur.”

The issue of women going topless at Ocean City’s beaches was prompted by Chelsea Covington, a female blogger who advocates topless equality, who reached out to the Worcester County state’s attorney’s office last August and requested an opinion on the issue. The county state’s attorney office reached out to the Maryland attorney general’s office for its opinion on the issue.

“The Maryland attorney general’s office is currently in the process of working on an opinion on the matter,” Raquel Coombs, spokeswoman for that office, told CNN.

“The goal is to have it completed in the near future,” Coombs said, without offering additional details on timing.

Meehan has been the mayor of Ocean City for 10 years. He says in that decade, topless sunbathing hasn’t been an issue in Ocean City. He doesn’t recall any incidents where law enforcement needed to police female topless bathers.

The mayor says he’s received nearly 100 emails from concerned residents and visitors in the past week. He says he’s trying to respond to all these emails personally.

“People love Ocean City. Love the family atmosphere. Love the tradition. Our message is, it will not change.”