Trump: I’m willing to testify under oath about Comey claims 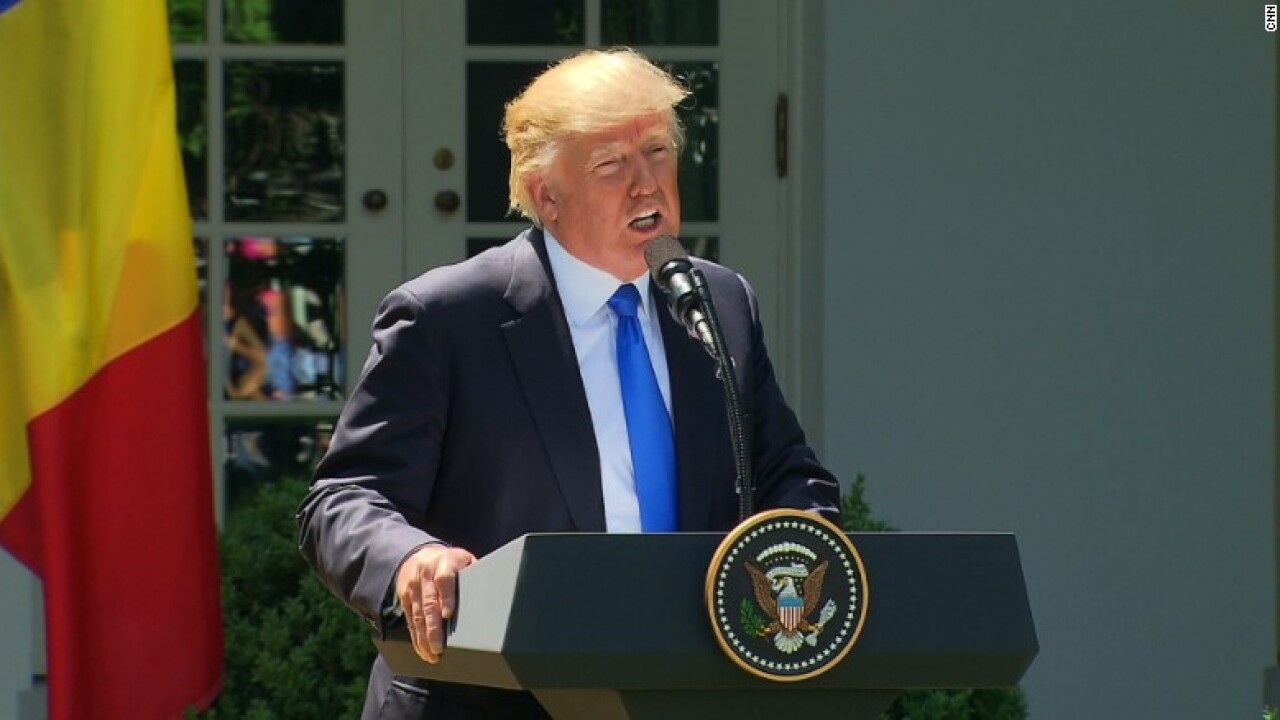 WASHINGTON — A defiant President Donald Trump said Friday he was willing to testify under oath about his conversations with James Comey, further fueling the swirling controversy ignited by the fired FBI director’s bombshell testimony before the Senate on Thursday.

“One hundred percent,” Trump said when asked about his willingness to deliver sworn testimony.

Trump aggressively addressed some questions during the bilateral news conference with Romanian President Klaus Iohannis on Friday, but coyly answered others. Asked directly whether he was recording conversations in the Oval Office — a claim he hinted at on Twitter last month — Trump dodged.

“I am not hinting at anything. I will tell you about it over a very short period of time,” Trump said, twice declining to elaborate.

He later said reporters were “going to be very disappointed when you hear the answer.”

The noncommittal response leaves the door open to White House tapes, something that legal experts say would fall within the purview of special counsel Robert Mueller’s investigation into Russia’s 2016 election meddling and the Trump campaign’s potential role.

And he denied that he asked Comey for his loyalty, though he added: “There would be nothing wrong if I did say it.”

But as much as Trump looked to undercut Comey’s testimony, he also heralded some of his claims, namely his comment there was no evidence of collusion between Trump and the Russians and no investigation into Trump personally during his time at the FBI.

“No collusion, no obstruction, he’s a leaker,” Trump said during a Rose Garden news conference, knocking Comey for disseminating the content of a memo he kept on a dinner he had with the President.

The Rose Garden press conference was the first time since last month that Trump formally took questions from reporters. The brief news conference — where each President took four questions from the press — comes the day after Comey’s bombshell Capitol Hill testimony in which the fired FBI director accused the White House of “lies.”

Trump was publicly silent while Comey testified on Thursday, but tweeted an accusation Friday that Comey — whom Trump fired in May — lied under oath.

“Despite so many false statements and lies, total and complete vindication,” Trump tweeted, “and WOW, Comey is a leaker!”

Trump’s comment tracked with Republican talking points about the hearing, where the Republican National Committee and White House urged surrogates to emphasize the fact that Comey clearly said the President was never an explicit subject of the Russia probe during his time at the FBI.

But Comey’s testimony about the President has darkened the clouds hanging over the White House.

The former FBI director said Trump’s private comments urging him to drop the probe into former national security adviser Michael Flynn led him to tell his Justice Department colleagues they needed to be careful. And he said multiple times that he choose to take detailed notes about his interactions with Trump because he worried the White House and President would lie about them if he didn’t.

Trump has remained relatively media shy since the Justice Department tapped former FBI Director Robert Mueller to be the special counsel looking into Russia’s meddling into the 2016 election and the Trump campaign’s possible ties to it.

The President last formally took questions on May 18, when he held a bilateral news conference — similar to the one that will happen Friday — with Colombian President Juan Manuel Santos.