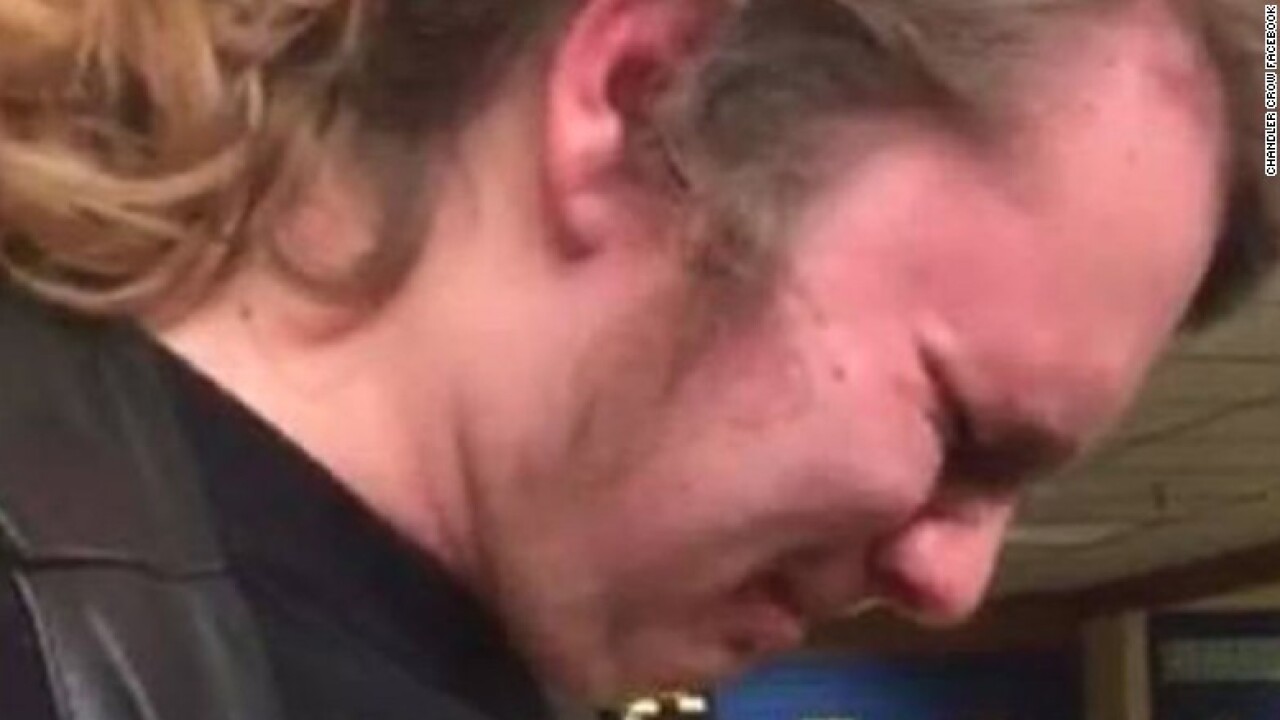 Johnathon Crow’s dad didn’t live to see him turn 16. But the man was full of surprises, his family says.

And the sentimental gift he left for his son’s birthday — and the video of Johnathon’s response to it — has made this story resonate the world over.

Johnathon is a big heavy metal fan and had been eyeing a black Dean Razorback ever since he started taking guitar lessons.

On Wednesday, when the Michigan teen turned 16, his sister Chandler blindfolded him and took him to their local music shop.

Waiting for him there was the guitar he’d wanted.

His father, who died unexpectedly of a heart attack on April 1, had ordered it months in advance to make sure it arrived in time for Johnathon’s birthday.

“It was a really emotional moment for everybody,” store owner Pete Kruse told CNN of the teen’s response. “Not a dry eye in the house.”

John Crow had been taking Johnathon to the Port Huron Music Center in Port Huron for the past year.

“His dad brought him in for lessons every week,” Kruse said. “He was a very involved dad.”

The Dean Razorback, with its unusual shape, is a favorite among many metal heads. So it’s no surprise Johnathon had his eyes on one.

Crow ordered it in late January. And when he died about two months later at age 49, the guitar lay in the store.

“We tucked it away for him so nobody would play it,” Kruse said.

Cue to this week.

Johnathon’s sister shared the video of the birthday surprise online and it quickly racked up more than 1 million views.

The teen is a huge fan of Alice Cooper. The band made sure the family has backstage passes for when they pass through Clarkston, Michigan, in September.

People from around the world sent in money to pay for Johnathon’s future guitar lessons. Within two days, the donations ballooned to more than $17,000.

“We don’t need to give Johnny lessons for the next 16 years,” Kruse laughed.

The store owner put the Crow family in contact with a lawyer, hoping the money would go to good use.

“I understand that he’s a straight A student and he aspires to go to college,” he said.