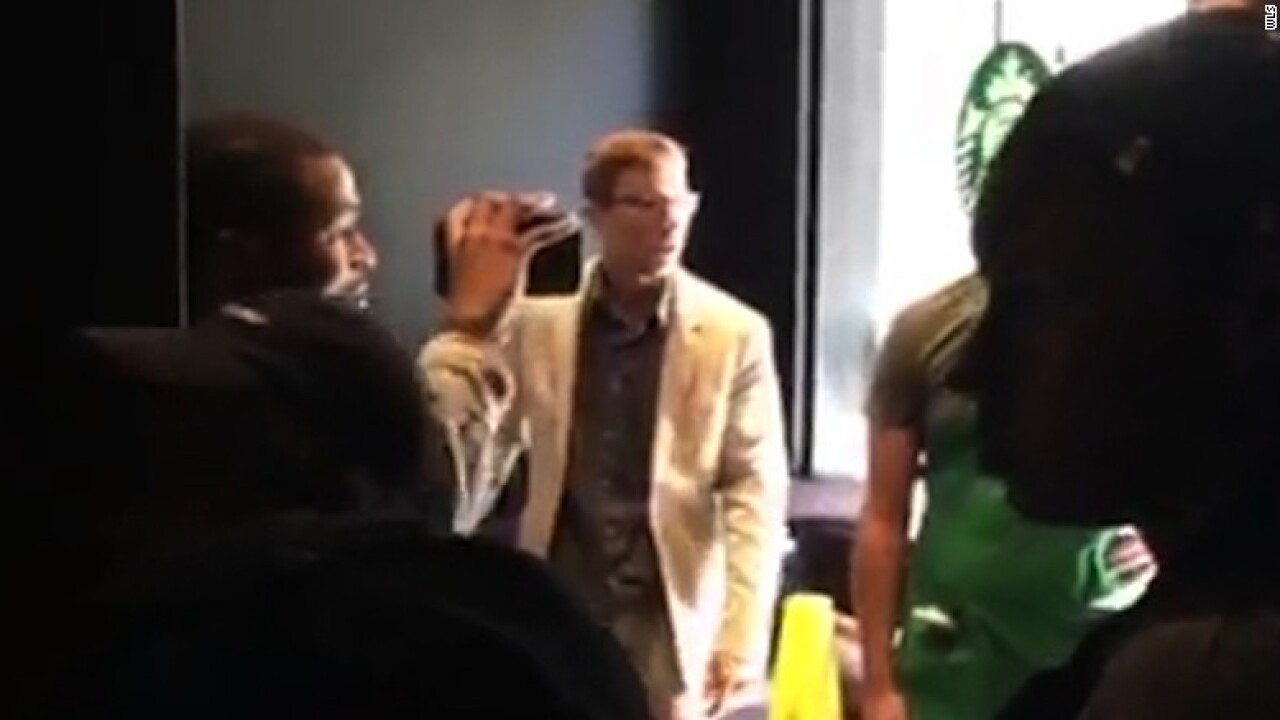 CHICAGO — A Chicago man was charged this week with misdemeanor battery after an apparent racially charged altercation caught on video.

Police said 23-year-old William Boucher, who was wearing a light-colored suit, became angry when someone spilled a beverage on him on Tuesday shortly after 2:30 p.m. at a Starbucks. The incident spilled onto the sidewalk, where Boucher spat on a 30-year-old man and a 34-year-old woman, police said.

Boucher, who is white, also punched a 59-year-old man in an unprovoked incident, authorities said.

“Your children are disposable vermin”

The 59-year-old man was taken to the hospital with an eye injury, CNN affiliate WLS reported.

Boucher has been charged with three counts of misdemeanor battery after the incident outside the Starbucks on West Lake Street.

Boucher could not be reached on Thursday.

An emailed statement from a Starbucks spokeswoman said: “We have absolutely no tolerance for this type of behavior in our stores, and are grateful to the partners (employees) and customers who stepped in to help until officers arrived.”

A WLS photographer recorded a video of the incident.

In the video, Boucher said: “You’re disgusting,” to an unidentified man after the coffee-spilling incident in the Starbucks.

In the store, a Starbucks employee appears to intervene, standing between Boucher and the unidentified man.

“I was shocked because I thought it was going to … end right there, security was going to come, the cops were going to show up,” Juan Torres, a Starbucks employee told WLS.

Outside, Boucher walked up to an unidentified black man videotaping the incident. Two bystanders stepped in between the men, according to the video.

“Your children are disposable vermin, “Boucher said to the unidentified black man before walking away.

“Shut up, slave. Do not talk to me,” Boucher said to a second unidentified black man who approached him, the video shows.

One of the bystanders seemed to push Boucher away, trying to calm him.

Boucher then spat at the unidentified man whose children he called “disposable vermin,” the video shows. One bystander stood between Boucher and the unidentified black man as the two appeared to try to fight.

“Get on all fours right. Don’t walk off on two legs,” Boucher said to the unidentified black man.

Boucher then walked away. Shortly after, he was seen punching another unidentified man walking in his direction. The man falls to ground in video.

“Calling people … racist slurs, when I was coming into work I was not expecting to see that,” Torres said.

Boucher is scheduled to appear in court on July 5.