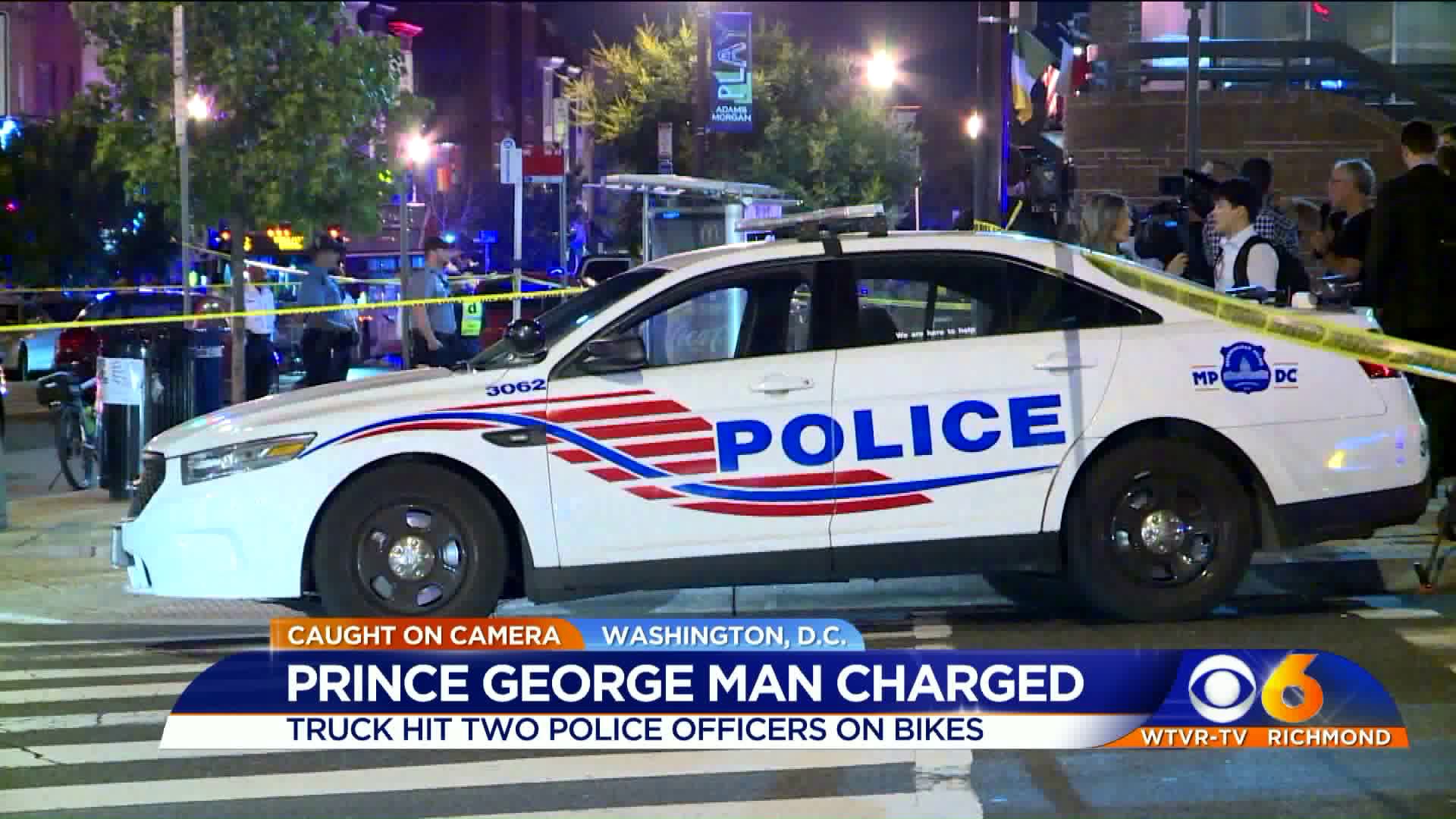 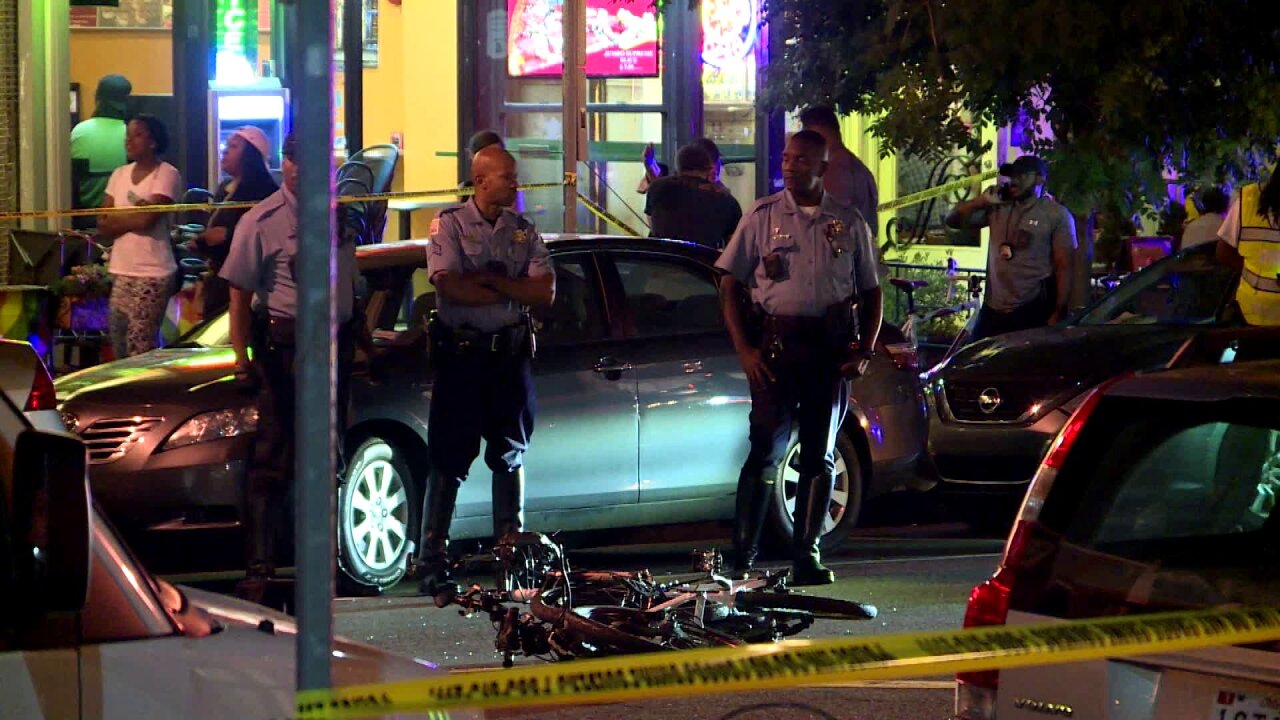 WASHINGTON -- A Prince George man were charged after the truck he was driving ran into police officers in the Adams Morgan section of Washington, D.C.

Brandon Figures-Mormon, 22, of Disputanta, Virginia, was charged with Assault with Intent to Kill and Possession Of Unregistered Firearm/unlawful Possession Of A Firearm Or Destructive Device.

A second man, a passenger in the vehicle, was initially charged, but those charges has since been dropped.

“After reviewing the evidence presented to us, we elected not to bring charges against (passenger name), the passenger in the truck. MPD's investigation continues regarding the driver, and that case has not yet been presented to us for a charging decision,” said Robert Marus, the communications director for the D.C. Attorney General.

The men were in a truck that crashed into bicycle patrol officers on 18th St. NW.

"We had a vehicle traveling at a high rate of speed in the Adams Morgan area, struck two of our bicycle patrol officers who were working in the area, on duty at the time," D.C. Police Chief Peter Newsham said Thursday night. "And also struck a...District Department of Transportation employee, a traffic control aide."

One of the injured officers was listed in critical, but stable, condition.

The other officer, who suffered serious. but non-life threatening injuries, was listed in fair condition.

Police continue to investigate the incident and said it was too early to determine the cause or the driver's motive.

"After the vehicle struck the officers, it proceeded in the intersection and ended up striking a vehicle that was unoccupied," Newsham said.

A weapon was recovered from the vehicle.