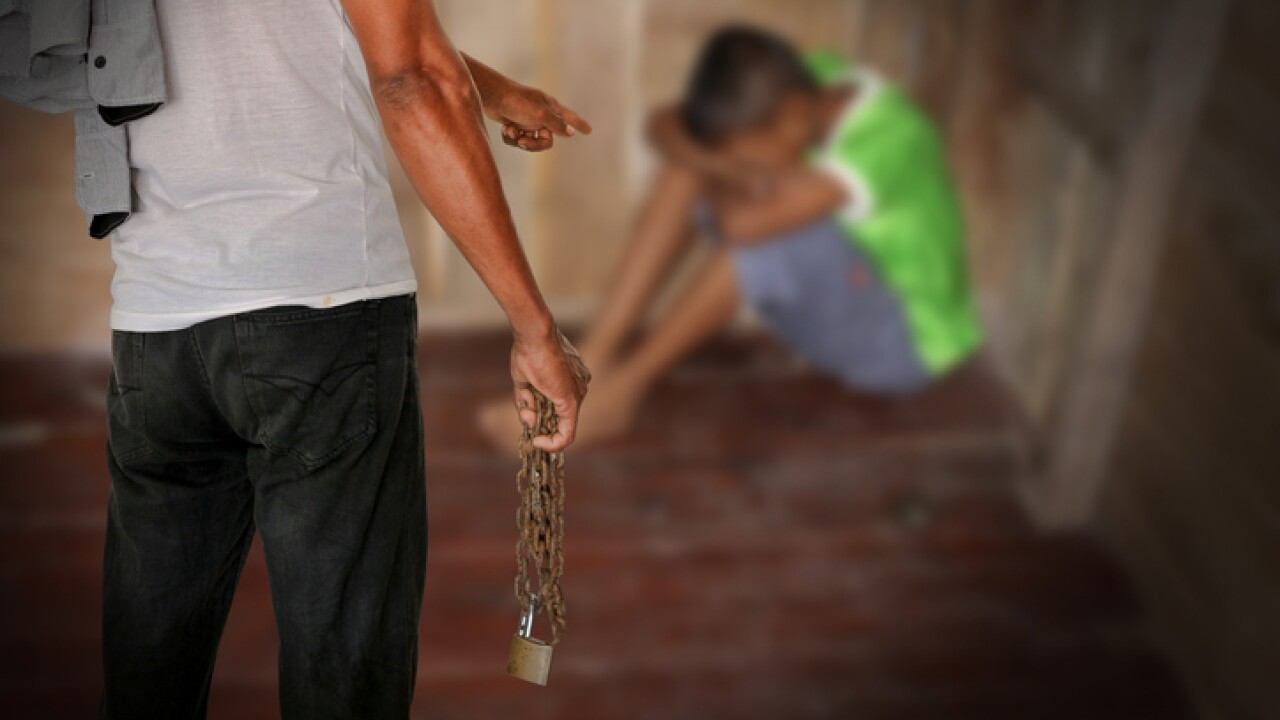 Trafficking or the concept of human rights violations.

RICHMOND, Va. — Virginia ranked 15th in the United States for the most reported cases of human trafficking in 2016. Last year, the state reported 148 cases with 59 involving minors, according to the National Human Trafficking Hotline.

In response to the issue, Virginia is enacting a new law to the decrease crimes of this nature and help its youngest victims.

House Bill 2282, which will take effect July 1, requires the Virginia Board of Education to develop guidelines for training school counselors, school nurses and other relevant school staff on the prevention of trafficking of children.

Groups fighting human trafficking applauded the move. Creating awareness through education is a tactic many of these advocates have found effective in combating trafficking.

“We are grateful for any new legislation that helps this issue,” said Patrick McKenna, co-founder of the Virginia Beach Justice Initiative. “Having the Department of Education require it helps push the effort forward.”

Virginia is home to several nonprofits that fight human trafficking. Many of these groups and individuals were instrumental in persuading the General Assembly to adopt the legislation. McKenna, an attorney, worked with Del. James Leftwich of Chesapeake to draft the bill.

“We are willing to help with extra manpower and extra information for no cost,” said McKenna, whose group works to prevent human trafficking and to identify and assist victims in Hampton Roads.

HB 2282 is essentially an extension of a 2012 law, Senate Bill 259. That legislation required the state Board of Education, with assistance from the Department of Social Services, to provide awareness and training materials for local school division staff on human trafficking. The new law specifies which school professionals must be trained and creates an actual training program, not just materials.

HB 2282 is only a small step, however. McKenna noted that the bill does not set a timeframe for developing the guidelines or explain what the training must cover.

“How the law is implemented is just as important as it being passed,” said Jessica Willis, executive director of the Richmond Justice Initiative, a group related to McKenna’s.

The Richmond Justice Initiative’s national award-winning program, the Prevention Project, has helped over 10,000 youths nationwide since its start in 2012. The project is taught in seven states and has grown from 18 to 60 schools in the past two years. It helps young people recognize and resist the lures of trafficking and develop character and leadership skills.

“The power of education is what can prevent trafficking,” Willis said. “Traffickers prey on those that don’t know.”

Willis hopes schools sincerely follow the guidelines set by the Virginia Board of Education – and not just go through the motions.

“Education with this bill has to be taken with all seriousness. It can either save lives or exacerbate the issue, if not,” Willis said.

Like the Virginia Beach Justice Initiative, Willis said her group is “happy to help” the Board of Education implement HB 2282. She described the Prevention Project’s curriculum as “thorough and schedule-friendly for busy faculty.” The curriculum was developed by survivors, advocates, law enforcement and educators.

Statistics from the National Human Trafficking Hotline show why the Prevention Project focuses on students. Nationwide, the number of cases against minors has doubled within last four years. In the U.S., 1,016 cases involving minors were reported in 2012 and 2,387 last year.

In Virginia, there was a 168 percent increase in child trafficking cases over the four-year span. There were 22 reports involving minors in 2012 but 59 in 2016.

Victims of trafficking are most commonly forced into sex services. According to the hotline, of the 148 total cases of human trafficking in Virginia last year, over 70 percent fell into that category.