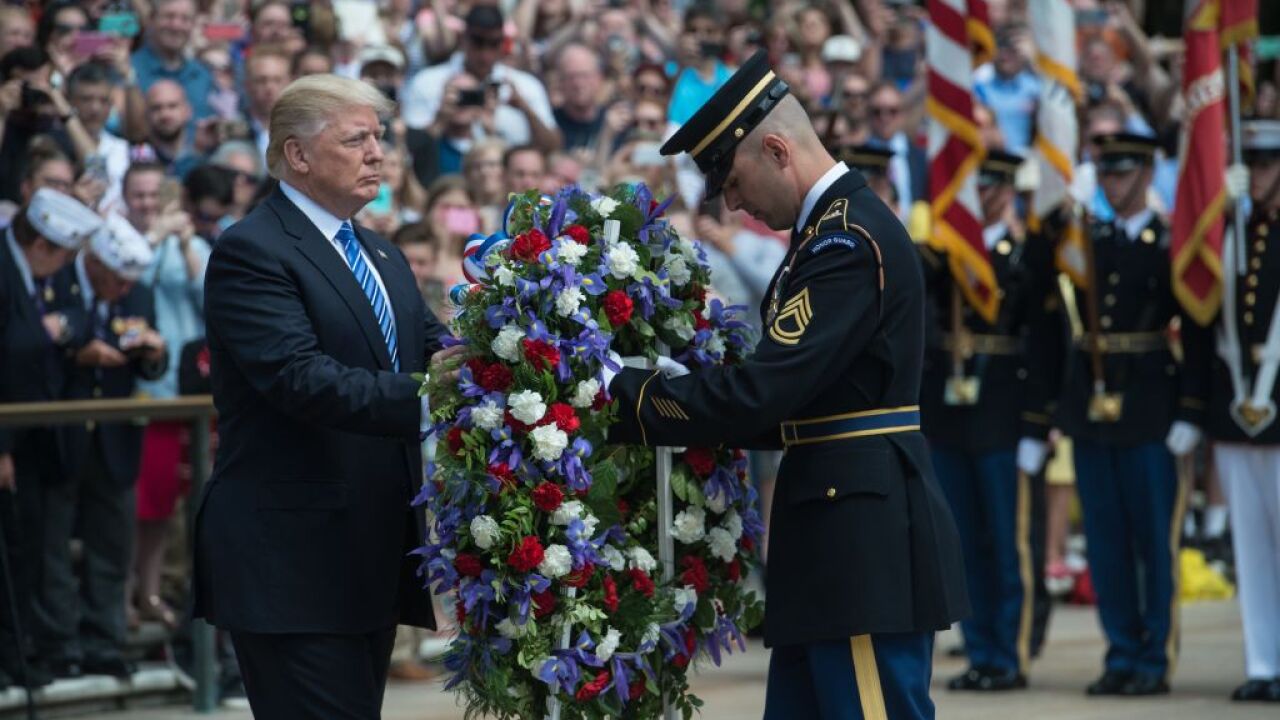 US President Donald Trump lays a wreath at the Tomb of the Unknowns at Arlington National Cemetery to mark Memorial Day in Arlington, Virginia, on May 29, 2017. / AFP PHOTO / NICHOLAS KAMM (Photo credit should read NICHOLAS KAMM/AFP/Getty Images)

President Donald Trump honored the US service members who made the ultimate sacrifice by visiting Arlington National Cemetery in recognition of Memorial Day Monday morning.

After laying a wreath on the Tomb of the Unknown Soldier, Trump spoke in remembrance of fallen soldiers and respect for their families, alongside members of the military and his administration, including Chairman of the Joint Chiefs Gen. Joseph Dunford and Secretary of Defense James Mattis, a retired general.

“We only hope that every day we can prove worthy, not only of their sacrifice and service, but of the sacrifice made by the families and loved ones they left behind,” Trump said.

Making a special recognition to Homeland Security Secretary John Kelly, a retired general, Trump offered his thoughts to the Kelly family for their son, who died in Afghanistan.

“We pledge to you that we will always remember Robert and what he did for all of us,” Trump said. “Thank you John.”

In his speech, Trump offered the nation’s respect to Gold Star families and told the stories of some slain soldiers, like Maj. Andrew Byers, whose family attended the ceremony. 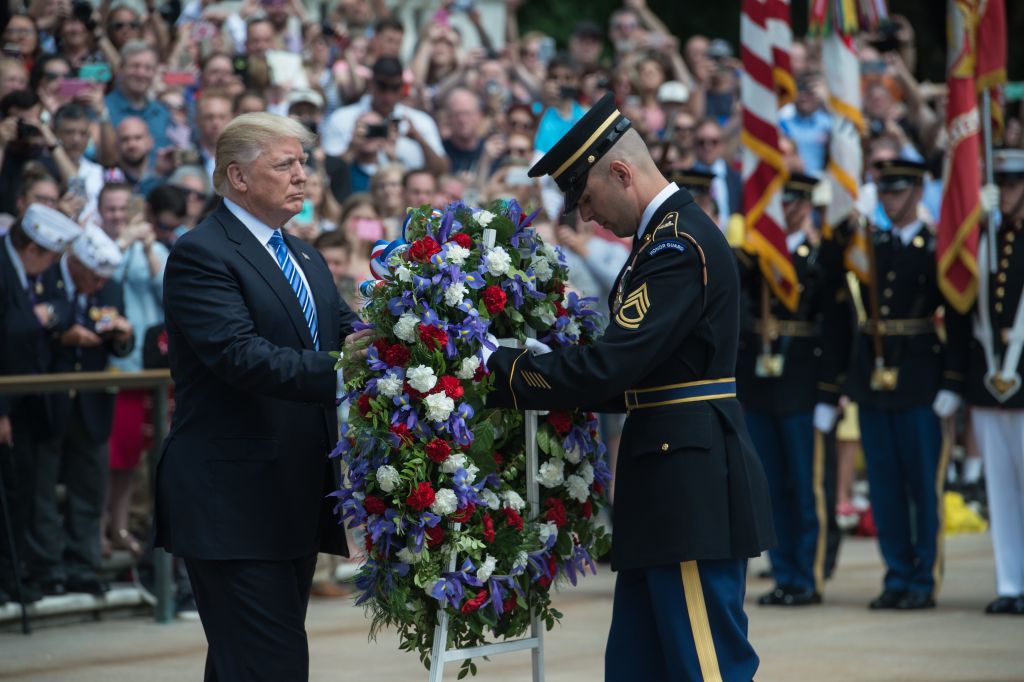 “To every Gold Star family: God is with you, and your loved ones are with him.” Trump said. “I believe that God has a special place in heaven for those who laid down their lives so that others may live free.”

Trump’s recognition of Gold Star families came almost a year after he became embroiled in a running argument with the family of Capt. Humayun Khan, who died in Iraq.

Trump called on Americans to look into the eyes of people who had lost loved ones in the military and thank them for their sacrifice.

“Every time you see the sun rise over this blessed land, please know your brave sons and daughters pushed away the knife and delivered for us all that great and glorious dawn,” Trump said.

Trump’s remarks at the wreath-laying ceremony were his first comments in public since returning to the United States from his nine-day trip abroad.

Trump sent out several tweets Monday morning in advance of his visit, including: “Honoring the men and women who made the ultimate sacrifice in service to America. Home of the free, because of the brave. #MemorialDay.”

Trump first placed a wreath in Arlington at the Tomb of the Unknown Soldier a day ahead of his inauguration. At the time, he did so alongside Vice President Mike Pence, who joined Trump at the ceremonies Monday morning.

Earlier Monday, Pence, his wife and second lady Karen Pence, and Veterans’ Affairs Secretary David Shulkin spoke at the kickoff of a bike race for Project Hero, an organization for veterans and first responders.