Suspect knew most of those slain in Mississippi murders, police say 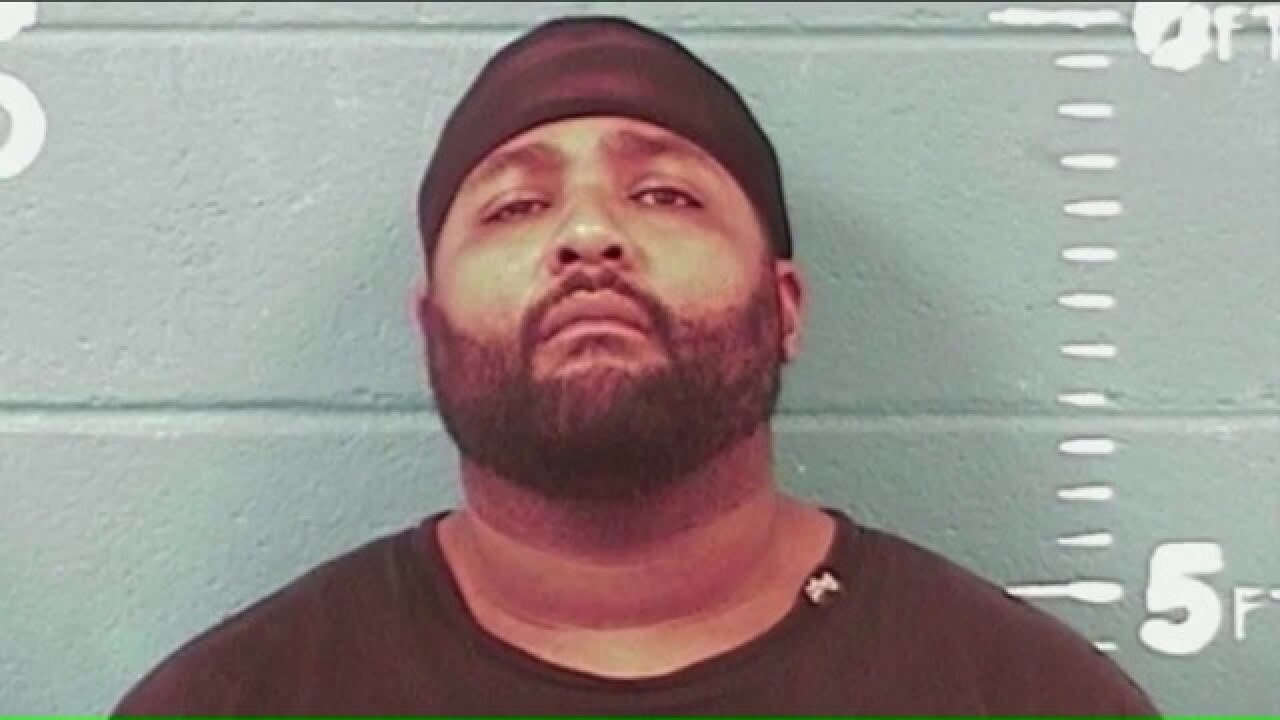 When police arrived at the home, along a skinny rural road in Bogue Chitto, south-central Mississippi, they found three women dead, along with the body of Lincoln County Sheriff’s Deputy William Durr, authorities say.

Investigators later found the bodies of two boys in nearby Brookhaven. Their names are being withheld because they’re minors. At a third crime scene, also in Brookhaven, Ferral Burage, 45, and Shelia Burage, 46, were found dead, according to the Mississippi Bureau of Investigation.

Local media reports indicate the minors were students at Lipsey Middle School and Brookhaven High School, the older victim a standout linebacker on Brookhaven High’s football team. A Sunday statement from the Brookhaven School District, which administers both schools, said it was sending “condolences and prayers to all of the families that have been impacted by last night’s tragic events.”

Willie Godbolt, 35, stands charged with one count of capital murder and seven counts of first-degree murder, according to police. More charges are possible.

“I’m glad he didn’t die. He needs to understand what he did,” Blackwell said.

Family members told WAPT that the victims from the first home were the mother, aunt and sister of Godbolt’s estranged wife, who escaped the scene with the couple’s two children.

The second crime scene is the home of Godbolt’s pastor, and the Burages — who were found dead at the third location — were the sister and brother-in-law of Godbolt’s wife, relatives told the station.

Shortly after sunrise Sunday, while handcuffed and seated at the feet of three law enforcement officers, Godbolt acknowledged to a newspaper reporter on camera that he killed Durr and intended to be slain by law enforcement himself.

Investigators have yet to speak to Godbolt, said MBI spokesman Warren Strain. The Bogue Chitto man remained hospitalized at the University of Mississippi Medical Center in Jackson, about an hour drive north of Brookhaven, on Monday morning, receiving treatment for a gunshot wound incurred during his arrest.

Police aren’t commenting on Godbolt’s alleged motive or the remarks he made to the newspaper reporter, Strain told CNN. Initial indications are that, aside from Durr, Godbolt knew or was related to each victim, he said.

‘He was just there’

Police say they won’t comment on Godbolt’s mental state, but in a video shot by Therese Apel of The Clarion-Ledger, a Jackson-based newspaper, he seems composed for a man accused of committing eight murders in the seven hours prior.

Wearing a skullcap, tank top and sneakers, Godbolt tells Apel he was at the Bogue Chitto home to speak with his wife and her mother and stepfather about taking his children home.

“Somebody called the officer, people that didn’t even live at the house. That’s what they do. They intervene. It cost him his life. I’m sorry,” he says on the video. “My pain wasn’t designed for him. He was just there.”

Asked what the future holds for him, Godbolt says, “Death.”

“Suicide by cop was my intention,” he says. “I ain’t fit to live, not after what I’ve done.”

Godbolt has a history with the law. In 2005, he was arrested in an armed robbery and aggravated assault after allegedly striking a man over the head with a pistol before stealing his jewelry and cash. In 2013, he was charged with simple assault.

In April 2015, he was arrested for driving with a suspended license and later that year for disorderly conduct. Most recently, he was was arrested in 2016 for contempt of justice and another assault charge.

On Godbolt’s Facebook page are roughly 20 public posts going back to 2014, almost half of which feature his children. In June 2016, he posted a Bible verse, James 4:7, which says, “Submit yourself, then, to God. Resist the devil and he will flee from you.”

Durr served in the sheriff’s department for two years and the Brookhaven Police Department for four years, the MBI said.

According to a post on the True Blue Warriors’ Facebook page, which was shared by Brookhaven police, the 36-year-old leaves behind a wife, son, mother and sister.

It goes on to say that when Durr was not in uniform, he dedicated his time to youth groups and employed his ventriloquism skills in puppet shows for kids.

A post from Brookhaven Academy, lamenting Durr’s passing, showed the deputy with a bird puppet leading children in a rendition of the hymn, “Jesus Loves Me.”

Another clip shows Durr with Alex, a brown-haired boy puppet in a striped shirt, telling kids they could make people happy because, “You’re fireflies, and you can light up for the world!”

“William loved to use his gifts to entertain children. He will truly be missed and we are all in prayer for his family and loved ones,” the Brookhaven Academy post said.

Mississippi Gov. Phil Bryant mourned the victims, including the sheriff’s deputy who died, in what he called a “senseless tragedy.”

“Every day, the men and women who wear the badge make some measure of sacrifice to protect and serve their communities. Too often, we lose one of our finest. I thank the law enforcement agencies involved for their hard work,” he said.