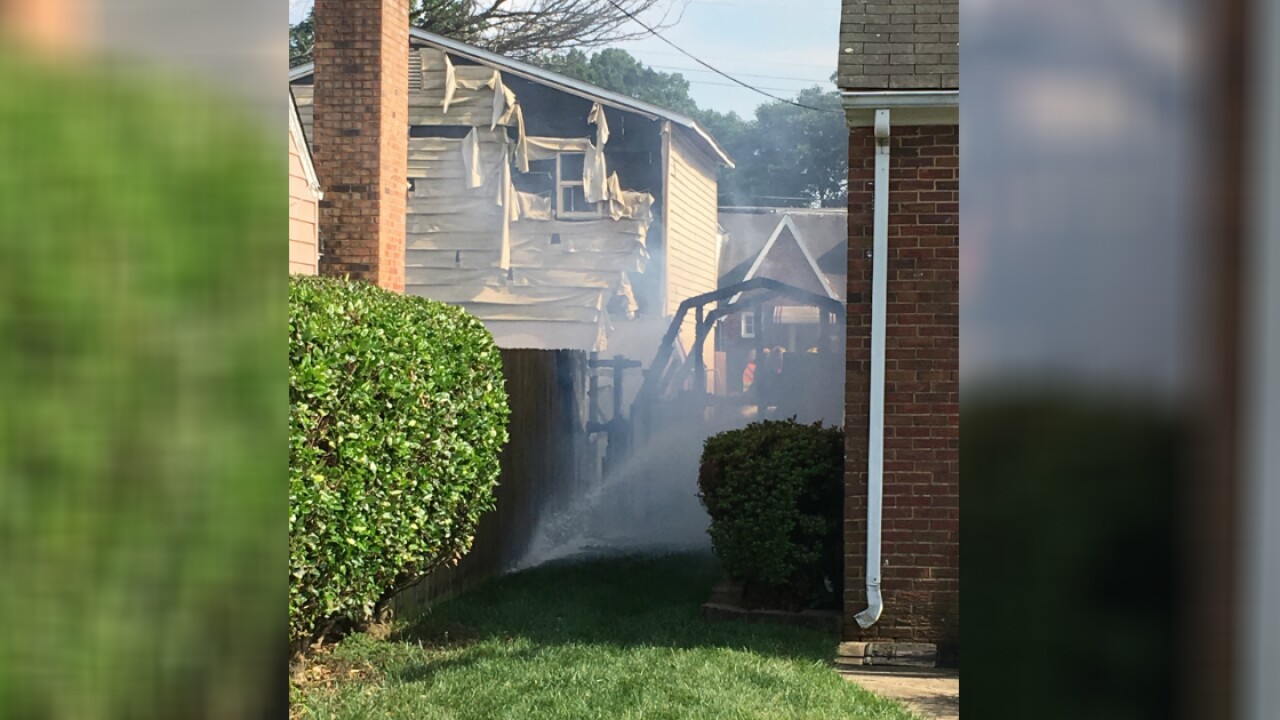 COLONIAL HEIGHTS, Va. — Three people were displaced after a fire that broke out in a storage shed damaged two homes in a Colonial Heights neighborhood Saturday afternoon.

“When units arrived they found a detached shed fully involved,” Boisseau said. “The fire had spread to the main house and the neighboring property.”

Officials said the home as well as a neighbor’s house and a detached garage suffered minor damage in the blaze. The shed was a total loss.

Boisseau said the fire was electrical and caused by an overloaded circuit.

The Red Cross is assisting three people who were displaced in the fire.