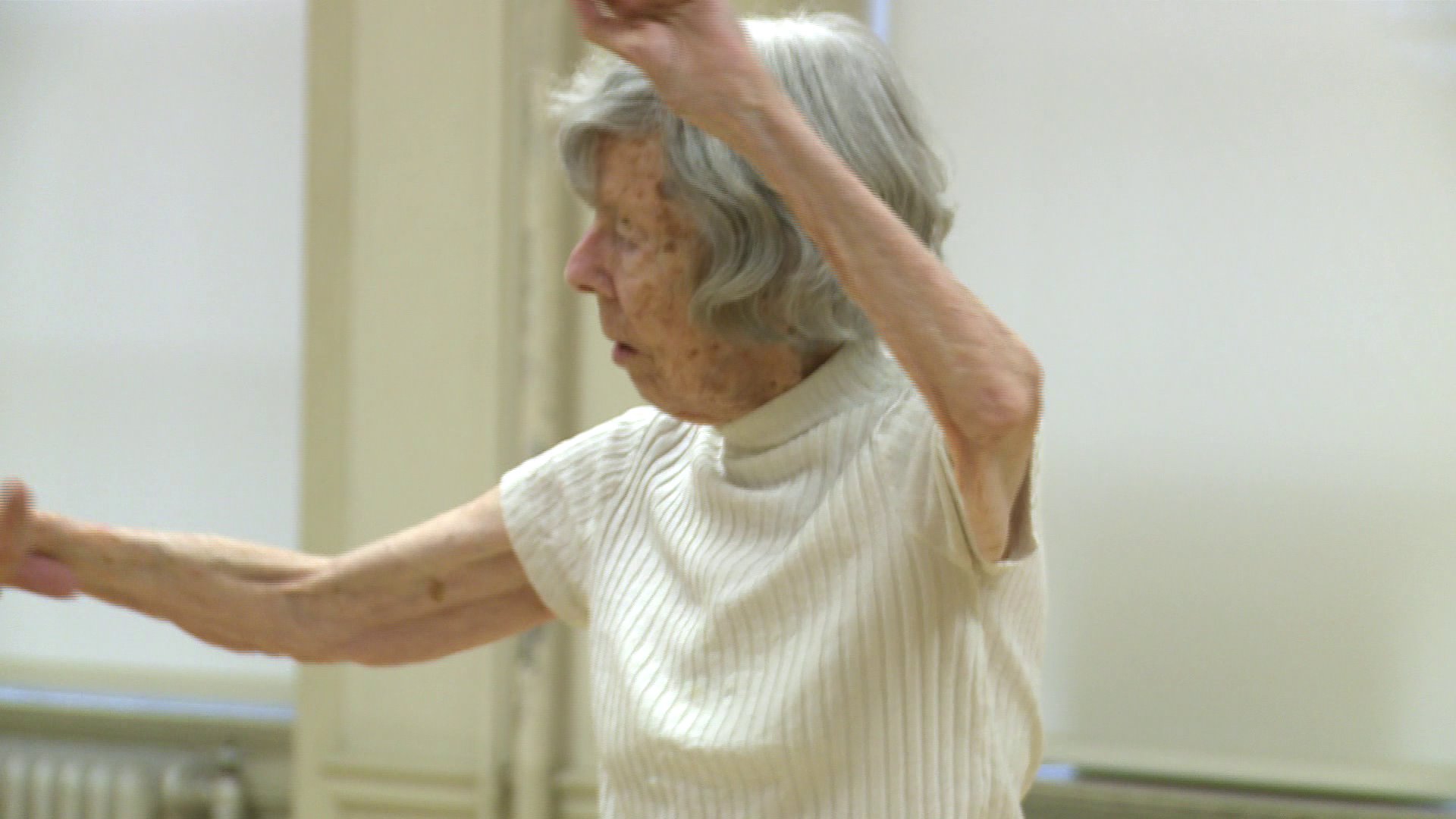 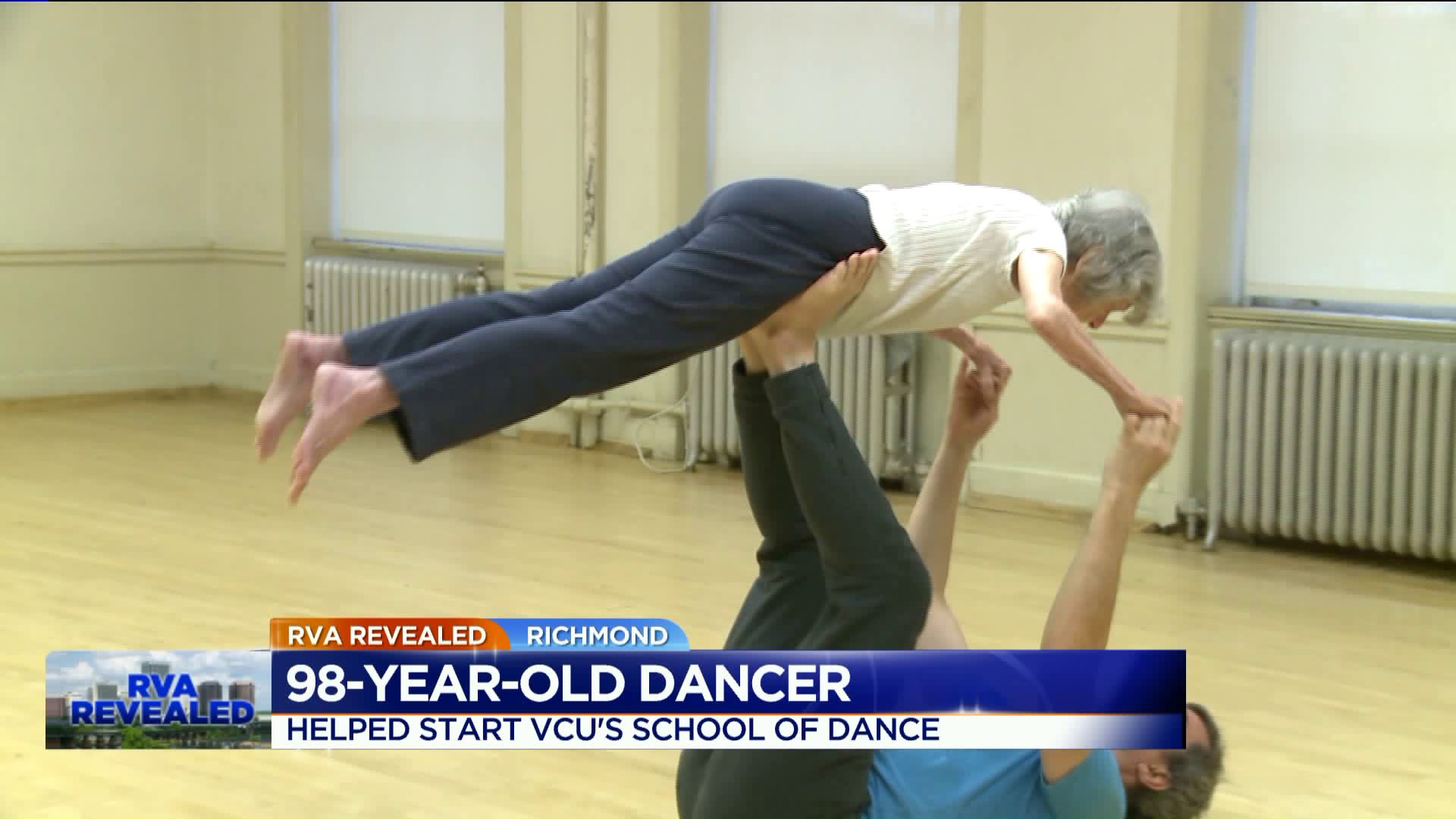 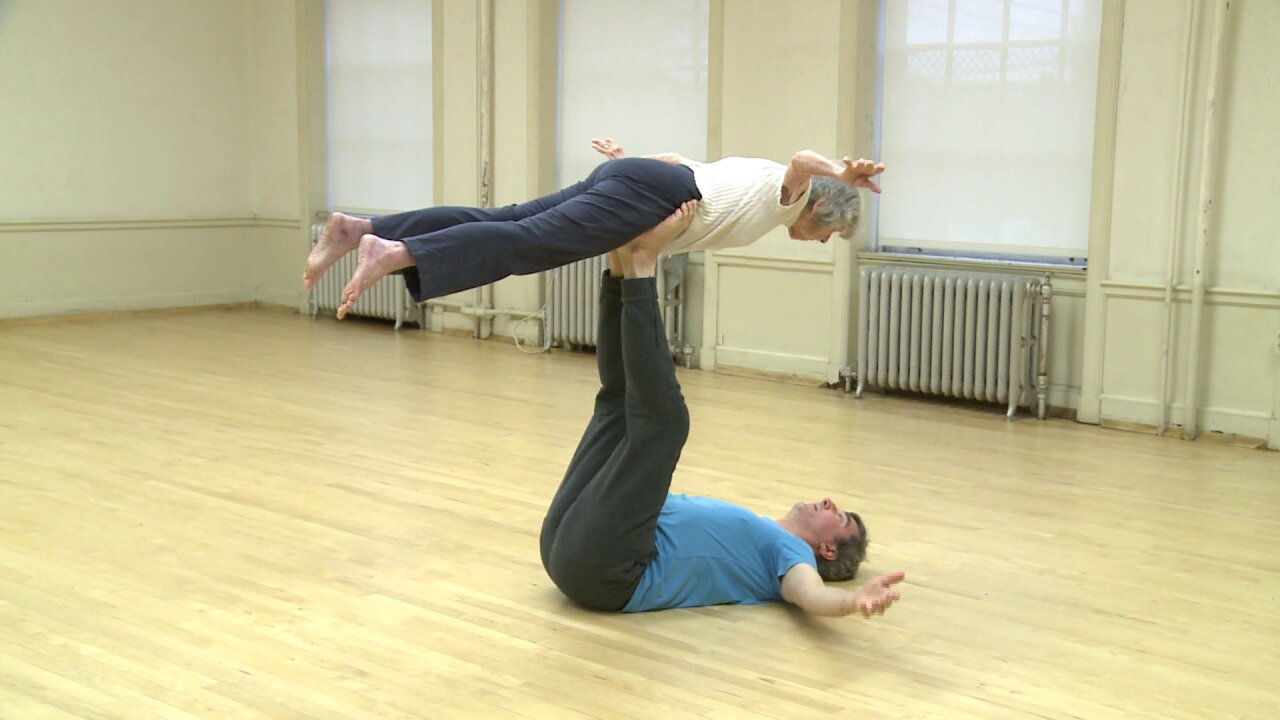 She's been teaching it for 80 years. She's still at it as her 98th birthday approaches.

"I think I've spent my life explaining what modern dance was to people," she said prior to an improvisational workout with her longtime dance partner and former student, Robbie Kinter.

Wessells' gift, Kinter said, is not just in explaining it.

"Frances wasn't trying to get everyone to dance the same way," he said, "but was always interested in everybody finding their own voice, and find what it is about movement that is their own."

She's danced all over this land, from New York to Denver. She learned under modern dance co-founder Hanya Holm and has taught countless students how to reveal the dances in their hearts, Kinter said.

There are, he added, "world-famous choreographers and dancers all around the world who took Frances' improvisation classes."

Her impact here is historic.

After teaching at Sweet Briar College, she taught at Westhampton College (now University of Richmond) for 25 years before coming to Virginia Commonwealth University to slowly build its dance program until it was its own department and major.

We sat down with Mrs. Wessells recently to hear some of her story and to watch she and Kinter create a fresh, 6-minute improvisation.

Her dancing began with her birth, she said, and her earliest memories are of making up dances and stunts, and begging her musician parents in Denver for dance lessons.

A family friend taught her to tap dance on table leafs, she said. Then came vaudeville lessons, practices and performances. By the time she was 15 she was teaching neighbors. At 16 was an instructor at a local dance hall/studio.

For much of her young life she was in a working chorus line, even while teaching and attending college.

By then, the dance world was changing. This new thing - modern dance - was breaking the constraints of traditional forms, like ballet.

"It's beautiful!" she recalled thinking after seeing it for the first time. "I said, 'That's for me!'"

She lived through and loved a marriage that was interrupted by WWII and ended, much later, by Alzheimer's. (She later remarried.)

She absolutely lives for dance, calling it a healthy addiction, a way to listen to, feel and celebrate your inner workings - the way all your parts add up, she said while rolling her shoulders as if feeling them anew.

It has kept her alive and supple, she said. Both knees and a hip have been replaced, and she has a metal rod firming up her right thigh.

But Wessells only recently stopped teaching students at VCU, and still instructs a weekly open class there. She typically dances four times a week, including a fresh improv session with former student Kinter, now a VCU dance professor like his beloved mentor.

She taught him how to dance through life, Kinter said before he fired up the music and began their improv.

"I try to get everyone to have the nerve to release their inner self," Wessells said after their dance. "The part that we cover up while we make impressions on other people. But you should be able to let it out and share it - what is really you."