After trying to conceive for 17 years, couple welcomes sextuplets at VCU Medical Center 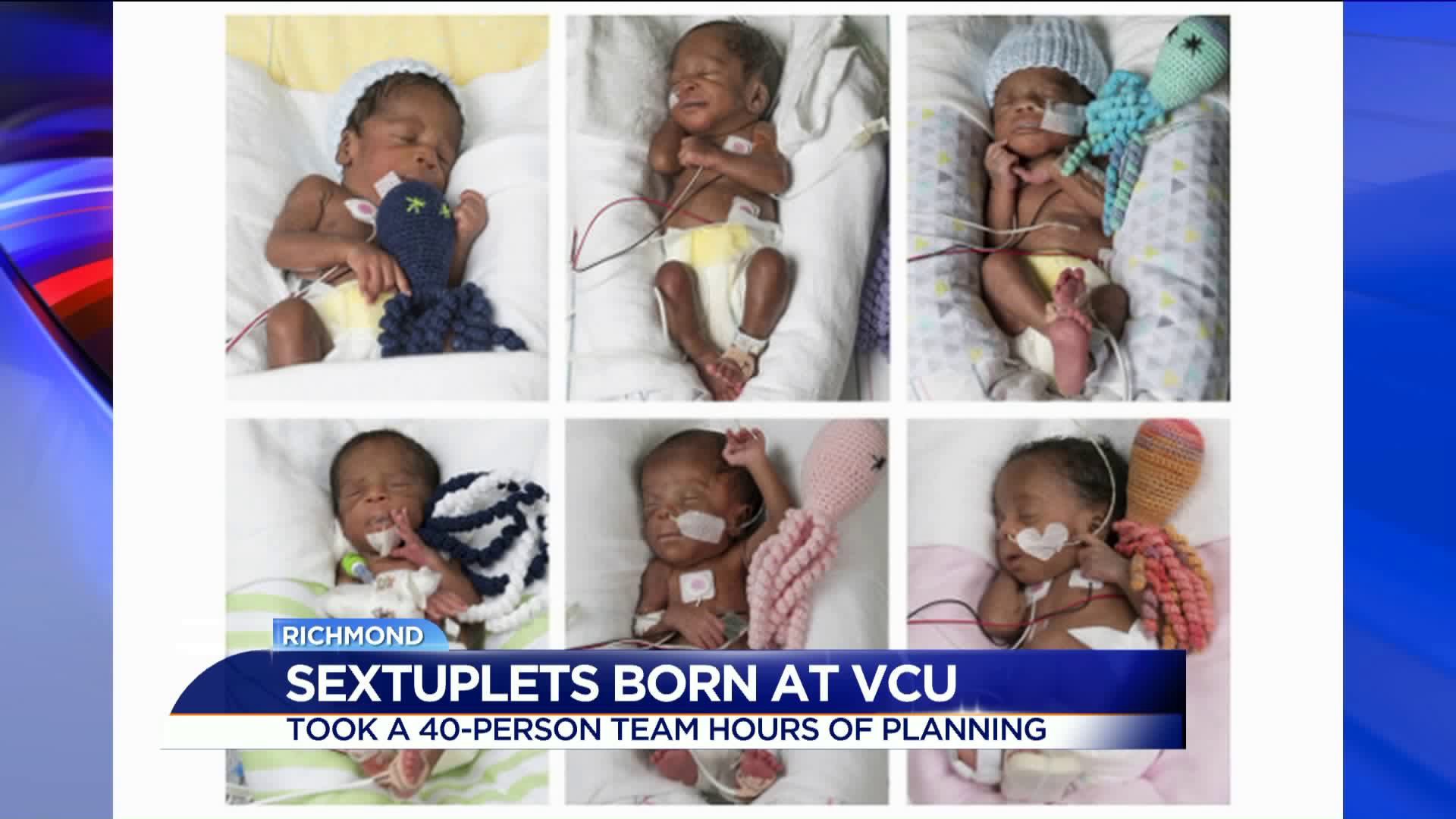 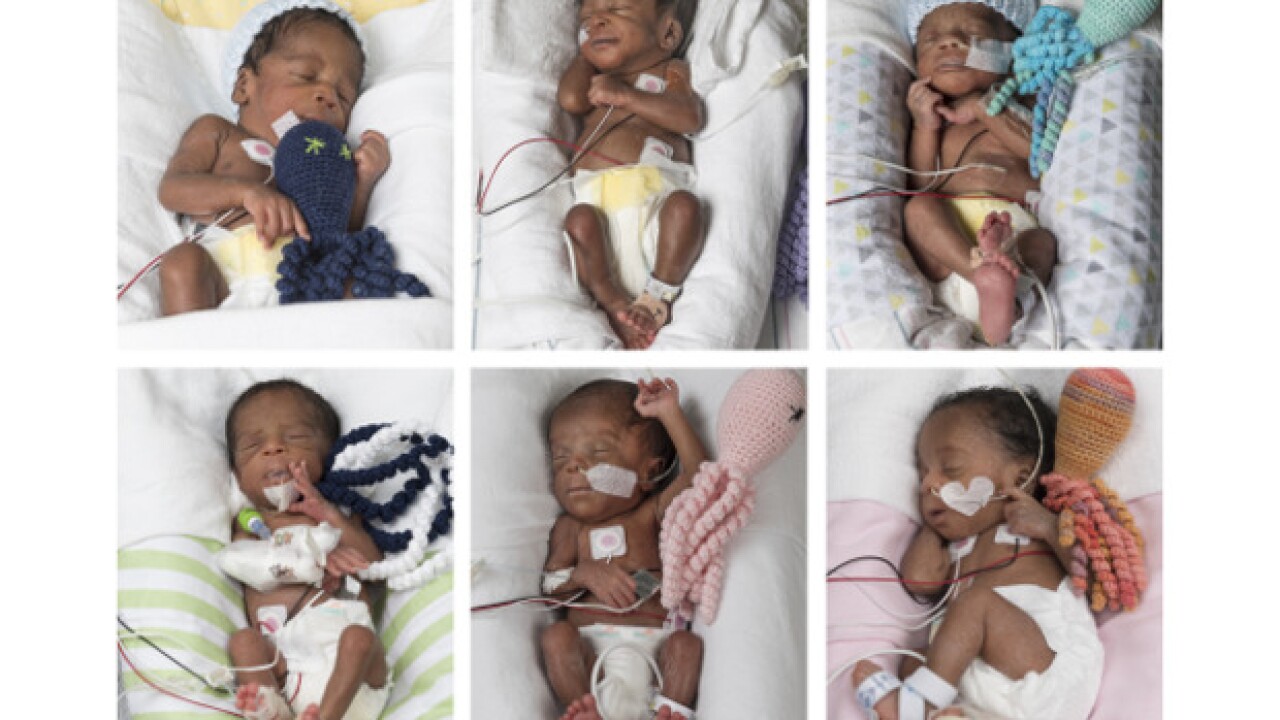 RICHMOND, Va. – After trying to conceive for 17 years, a Nigerian couple welcomed sextuplets into the world at VCU Medical Center earlier this month.

Three girls and three boys were successfully delivered at the hospital for the first time ever on the morning on May 11.

Ajibola Taiwo was 30 weeks and two days pregnant when she gave birth by cesarean section with the help of a 40-person team. The babies ranged in weight from 1 pound, 10 ounces to 2 pounds, 15 ounces.

The Taiwo sextuplets were born on May 11, 2017 at VCU Medical Center. (Photo courtesy of VCU)

The father, Adeboye Taiwo, says the moment was a long time in the making, 17 years to be exact.

“I was excited,” said Adeboye. “For the very first time we were expecting.”

The pregnancy was extremely rare as there were only 24 quintuplets or other higher order births in 2015, according of the Centers for Disease Control and Prevention.

(L to R) Adeboye and Ajibola Taiwo hold two of their sextuplets on May 23, 2017. (Photo courtesy of VCU)

That is out of nearly 4 million live births in the United States.

“We’re going through this extraordinary journey together with the family,” said Ronald Ramus, M.D., director of the Division of Maternal-Fetal Medicine at VCU Medical Center. “It’s not every day that parents bring home sextuplets. Mrs. Taiwo was eating, sleeping and breathing for seven. A lot of the support and encouragement we gave her to make it as far as she did was important, and one of the biggest contributions we made as a team.”

The hospital says the sextuplets are doing well and are thriving in the Children’s Hospital of Richmond at VCU neonatal intensive care unit.

Jamie Burton, RN, repositioned one of the sextuplets, comforting her with a crocheted octopus (Photo courtesy of VCU)

Ajibola Taiwo was discharged from the hospital May 18.

To read the full story about the Taiwo family click here.