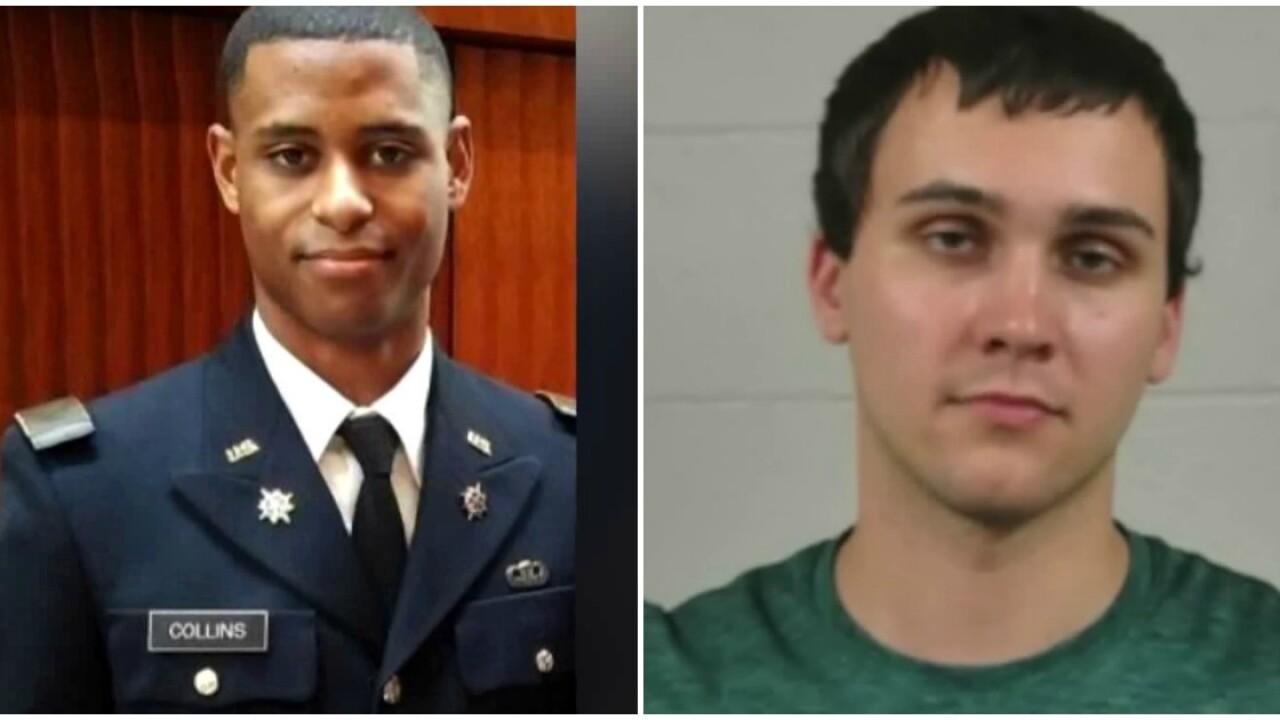 COLLEGE PARK, Md. -- The FBI is helping to evaluate whether the fatal stabbing by a white student of a black student visiting the University of Maryland will be prosecuted as a hate crime, university police said Sunday.

Richard Wilbur Collins III was with two friends on the university's campus in College Park when he was approached by a man and stabbed in the chest with a knife Saturday morning, University of Maryland Police Chief David Mitchell told reporters.

The 23-year-old had been commissioned as a lieutenant in the US Army two days before his death and had been set to graduate from Bowie State University (BSU) on Tuesday in a ceremony at Maryland, Mitchell said.

Sean Urbanski, the University of Maryland student suspected of Collins's killing, was a member of a Facebook group named Alt Reich, Mitchell said.

"When I looked at information contained on website, it's despicable. It shows extreme bias against women, Latinos, members of the Jewish faith and especially African Americans. Which brings up questions as to the motive of this case," he said.

Mitchell has asked the FBI for assistance with the investigation given their digital forensic expertise.

Mitchell said that, according to witnesses, the suspect had approached Collins and his friends early Saturday making statements "yelling -- in fact perhaps screaming is one description."

"He then said step left, step left if you know what's good for you," according to Mitchell.

"The victim looked at him puzzled with the other friends of his and said 'no,'" Mitchell said. "It was then that [the suspect] stabbed the victim in his chest."

Mitchell said that Collins fell backwards and was helped by his friends before University of Maryland Police Department officers arrived on the scene and performed CPR. Collins was taken to Prince George's County Shock Trauma, where he was declared dead.

The suspect has been charged with first and second degree murder as well as first degree assault.

Asked whether he would be charged with a hate crime, Mitchell said that depended on what had motivated the attack.

"Of course, we've come upon information within the last 12 hours that concerns us quite a bit with regard to motive," he said. "Whether or not that will lead into proof beyond a reasonable doubt, we'll have to wait and see."

University of Maryland President Wallace D. Loh issued a statement Sunday saying that the horrific assault had "shocked, saddened, and angered our community and beyond."

"New information obtained today from witnesses and other sources has led law enforcement officials to consider a hate-bias motive in this case. To ensure a comprehensive investigation, UMPD today asked the Federal Bureau of Investigation (FBI) to provide technical and forensic expertise, which it agreed to do. Prince George's County Police Department is also part of the investigative team," Loh said.

Gordon Johnson, special agent in charge of the FBI's Baltimore field office, said that while he's not yet sure what form of assistance the bureau will provide beyond forensics, it's not uncommon for them to be involved in this type of investigation early on.

Loh said that security had been increased with additional police patrols on and off campus and 24-hour monitoring of video cameras.

"However, increased police security is not sufficient. We must all do more to nurture a climate -- on campus and beyond -- where we stand against hate, we fight against hate crimes, and we reaffirm the values that define us a university and as a democracy," Loh said.