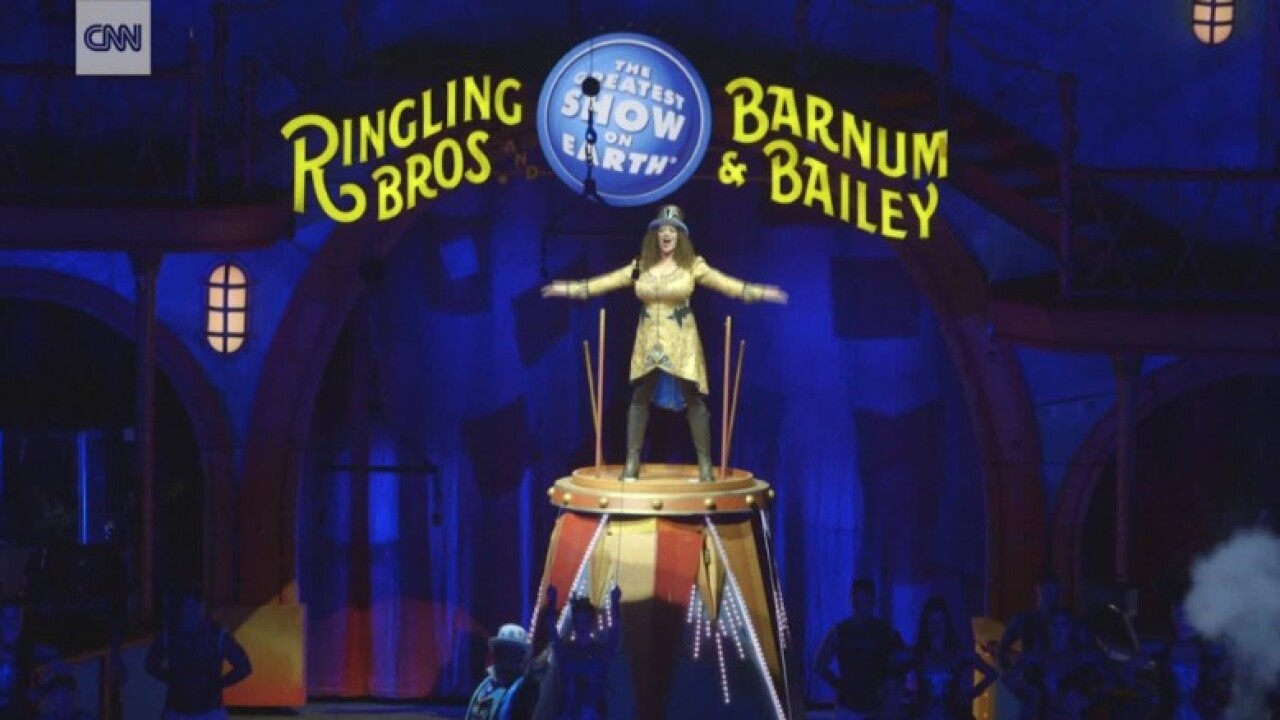 Benny Ibarra has worked in a circus for as long as he can remember. When most kids his age obsessed over bicycles and bubbles, he was a 5-year-old clown, scampering around in an oversized pants as pants-less adult clown chased after him.

Since then, he’s bounced on trampolines. He’s dangled from trapezes. And as “The Great Ibarra,” he flipped and somersaulted atop a wheel suspended 30 feet in the air. The danger thrilled — and excited — him.

But the curtains fell for “The Greatest Show on Earth” — and on his dream job at the Ringling Bros. and Barnum & Bailey.

“Like Van Halen said, ‘This dream is over,'” the 32-year-old Ibarra told CNN.

It’s time for something else.

Four generations ago, the Ibarra family cut its teeth on a trapeze in circuses around the world.

Grandpa Javier had a nine-year run performing on the high bars for Ringling Bros. shows in the 1920s and 1930s. Javier’s brothers did too.

As it floats suspended 30 feet in the air, Ibarra would run on top of the wheel. He was the motor that made it spin. He’d skip rope, he’d tumble, he’d turn — all without a safety net to catch him.

“It feels like a roller coaster,” he said. “When I’m inside the wheel, when they announce me and my act starts, I forget everything.”

The Pendulum of Steel act took him all over the world. Asia. Africa. Europe. He was flying high.

Then came January and the surprise announcement that Ringling Bros. was closing after more than 100 years. The costs were too high, the attendance too low, it said.

“That was the worst day of our lives,” Ibarra said. “It’s not just because we’re going to lose our jobs. It’s because Ringling Brothers represents ….in the circus world for performers like me, it represents a dream.”

Ibarra’s got a circus gig lined up in Spain — but it’s only for the next 8 months.

“I want to retire because my act’s a very, very dangerous act,” he said, adding that he will perform for a few more years.

So, here he is, looking for what to do next.

He’s got one idea that he keeps coming back to: Open a steakhouse.

“I like steaks and I’m very good at making them,” he said.

A down-to-earth sentiment from a man who’s spent his life in the air.