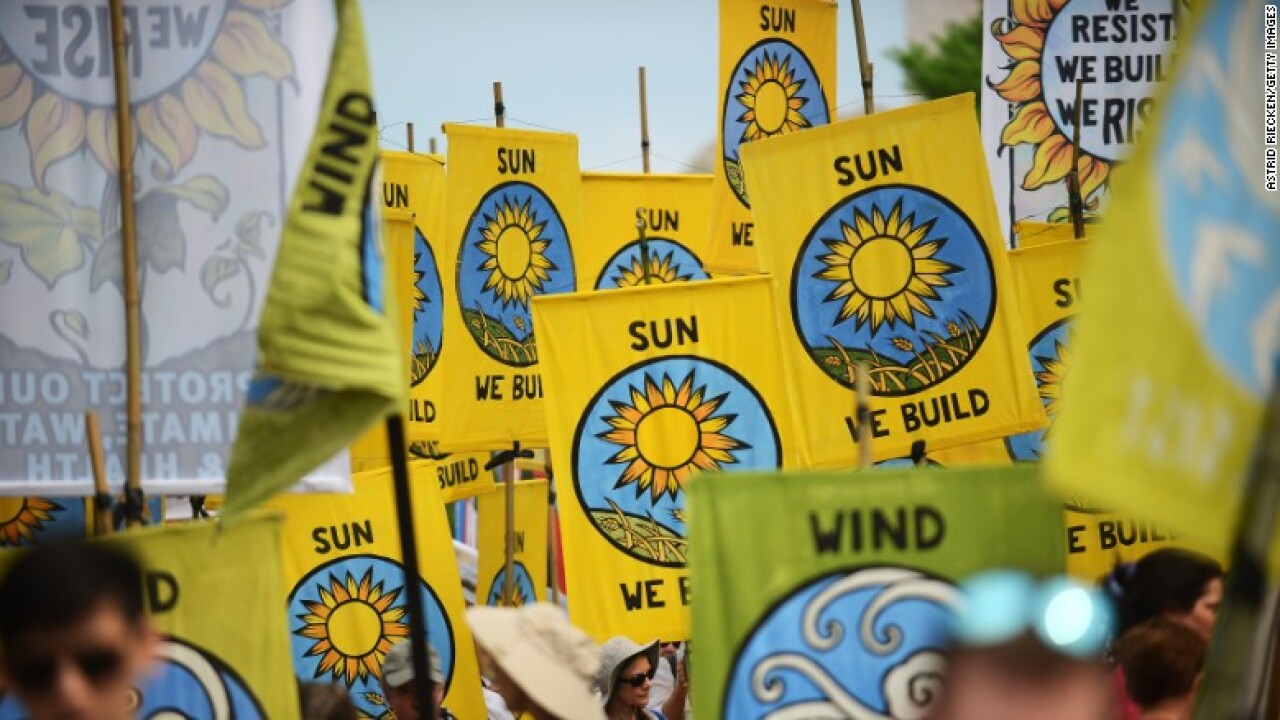 WASHINGTON — President Donald Trump’s fiscal 2018 budget request would slash EPA spending by almost a third, according to a copy of the President’s proposal obtained by CNN.

The budget blueprint, which the White House plans to submit to Congress next week, would cut the EPA’s total budget by more than 30% and its operational budget by 35% compared to current funding levels.

The budget would also zero out money for states for dealing with such problems as non-point source pollution, radon, lead, underground storage tanks, pollution prevention and beach protection.

Other state grants that would be zeroed out under the budget plan include those that fund specific clean-up efforts, such as in the Chesapeake Bay, Long Island Sound, Lake Champlain and Gulf of Mexico.

The proposed budget numbers track with those the White House put out in March, and would drop the agency’s budget to $5.7 billion from nearly $8 billion, one of its lowest levels in 40 years. The cuts are part of an overall belt tightening at EPA that includes thousands of employee buyouts and ending numerous programs.

Trump made a campaign trail promise to eliminate the EPA, an agency once looked to as an important national force for tackling climate change, and during his first 100 days in office has held true to his word, taking swift strides towards dismantling the agency and rolling back regulations.

The administration’s actions under EPA Administrator Scott Pruitt to whittle down the agency include the dismissal of half of the scientists on its Board of Scientific Counselors earlier this month. Later, two more scientists resigned in protest from another EPA panel.

One of the two, Carlos Martin told CNN, “I can’t be part of what I see is likely to happen in the future. … I can’t be a prop to bad science.”

The White House Office of Management and Budget did not respond to a request for comment Friday.