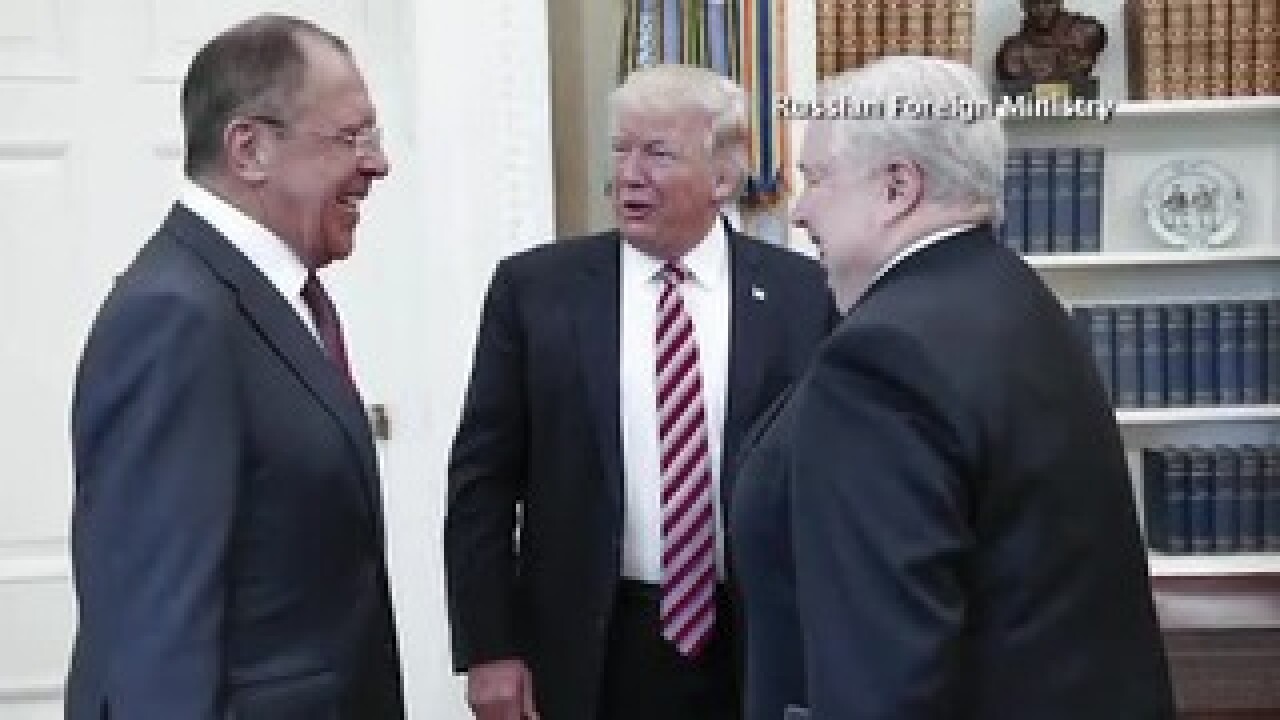 On Tuesday evening, the Republican lawmaker said investigations into allegations of ties between Trump’s campaign and Russia were reaching “Watergate size and scale.”

On Wednesday, the Department of Justice appointed former FBI Director Robert Mueller as special counsel to head up a federal probe, which Trump later called a “witch hunt.”

McCain said on “Fox News Sunday” that the developments meant the controversy surrounding Trump had reached the level of the scandal that forced President Richard Nixon to resign.

“With the appointment of Mr. Mueller, we’ve now hit that stage of a scandal,” McCain said. “And now, the question is, how is this handled?”

McCain said the story could attain the steady “drip, drip, drip” of the Watergate leaks and revelations or could go the way of the Iran-Contra affair, which McCain argued President Ronald Reagan handled well.

“(Reagan) fired people,” McCain said. “He went on national television and said he made mistakes and did it wrong and I’m not going to do it again, and the American people let him move forward.”

McCain said the White House and the investigators needed to get information out on the scandal so that everyone could move on.

“The American people are very forgiving,” McCain said. “Let’s get all the facts out there, let’s move forward and try to address the challenges that face this nation.”

Reagan’s presidency became engulfed in controversy over his administration’s defiance of an arms embargo on Iran in order to finance a right-wing militant group in Nicaragua.

Reagan fired Lt. Col. Oliver North from his National Security Council over the situation and later delivered an address saying that despite his “heart” and “best intentions,” he had misled the American people.

Asked about Trump’s firing of FBI Director James Comey earlier this month, McCain said he didn’t know why the President dismissed Comey, but he thought it was wrong to do.

“Mr. Comey was highly respected,” McCain said. “I don’t think it was a smart thing to do.”

Asked about news reports that detailed Trump’s controversial comments in a private meeting with Russian Foreign Minister Sergey Lavrov and Russian Ambassador to the US Sergey Kislyak, McCain said he was “almost speechless.”

On Sunday, McCain criticized Trump for inviting Lavrov to the White House in the first pace.

“I know this: Mr. Lavrov is the stooge of a thug and a murderer,” McCain said, referring to Russian President Vladimir Putin, whose government many critics have accused of being responsible for the killing of opposition leaders and journalists. “He had no business in the Oval Office.”

McCain also criticized the Trump administration for its response to a melee outside the Turkish embassy in Washington last week, in which Turkish security officials assaulted protesters while Turkish President Recept Tayyip Erdogan, who was in town to visit Trump, looked on.

Secretary of State Rex Tillerson said in an interview on the same program that the US had expressed its “dismay” to the Turkish ambassador, but declined to outline further action until an investigation was completed.

McCain, however, called for a bold response.

“Throw the Turkish ambassador the hell out of Washington,” McCain said. “It’s not allowed in the United States of America. That is just flat-out wrong, and to say that we have asked for further information, you don’t need any further information.”