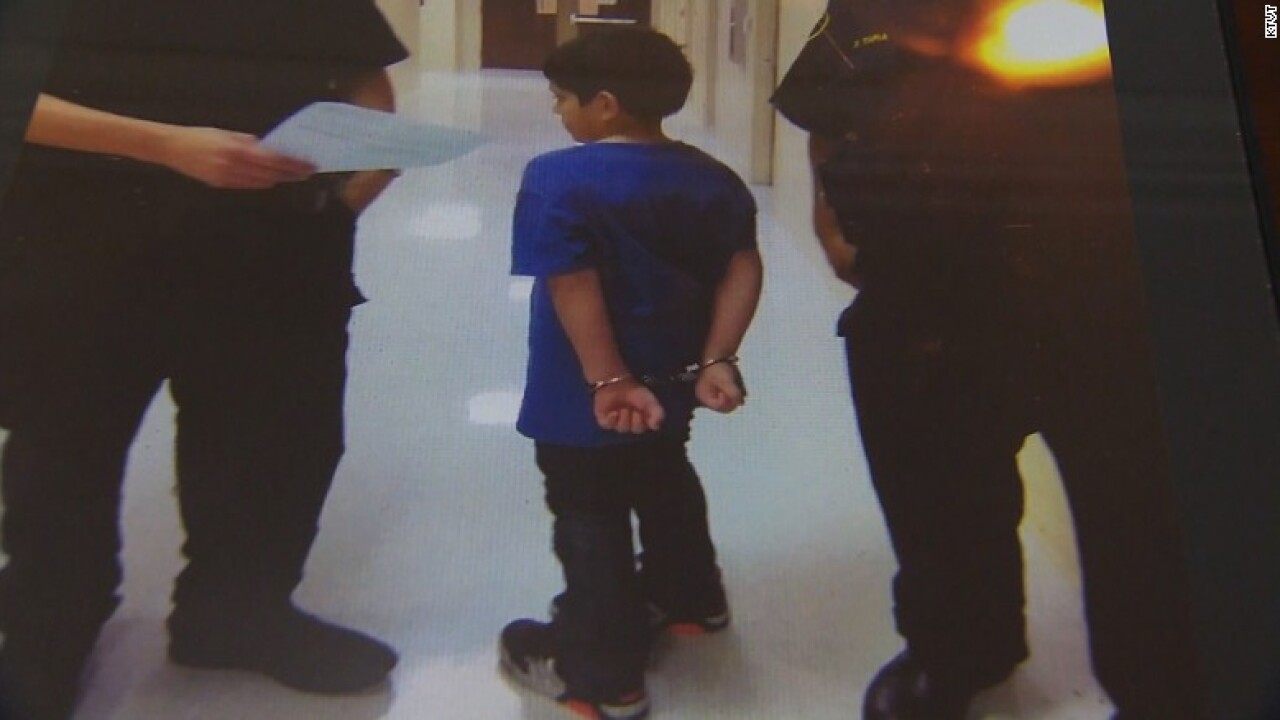 Yosio Lopez was handcuffed, Tased and bruised by Dallas Independent School District (DISD) Police after the boy started banging his head against a wall in class, an investigator working with the Lopez family lawyer, David Ramirez, told CNN.

Yosio is a special needs student who suffers from attention deficit/hyperactivity disorder and another mood disorder. He has experienced similar outbursts in the past but has always had a trained school aide nearby to help calm him down.

But last Tuesday, the aide wasn’t there and Yosio didn’t have his “safe place,” Ramirez said.

The boy told his mother, April Odis, that he was put on a desk with his arms cuffed behind his back while the school principal put her elbow on his neck and choked him to restrain him, the family lawyer said.

In a statement about the incident, the school district said in part:

“The Dallas Independent School District is committed to educating the whole child each day, and in doing so, we believe in providing a productive learning environment that is safe for all staff and students. While there has been media interest into an alleged incident at one of our Dallas ISD campuses, due to federal confidentiality laws protecting the privacy of all students and their families, we are unable to publicly confirm or deny the matter reported.”

After the incident at school, Dallas ISD Police transported Yosio to a mental health facility without his mother’s permission and committed him for nearly a week. His mother was unable to visit him for the first two days, Ramirez said.

Yosio was heavily sedated during his stay at Dallas Behavioral Hospital and was restricted from seeing his mother under the claim that he was “a danger to himself and those around him,” according to Ramirez. The child was released Monday night and is at home recovering with his mother.