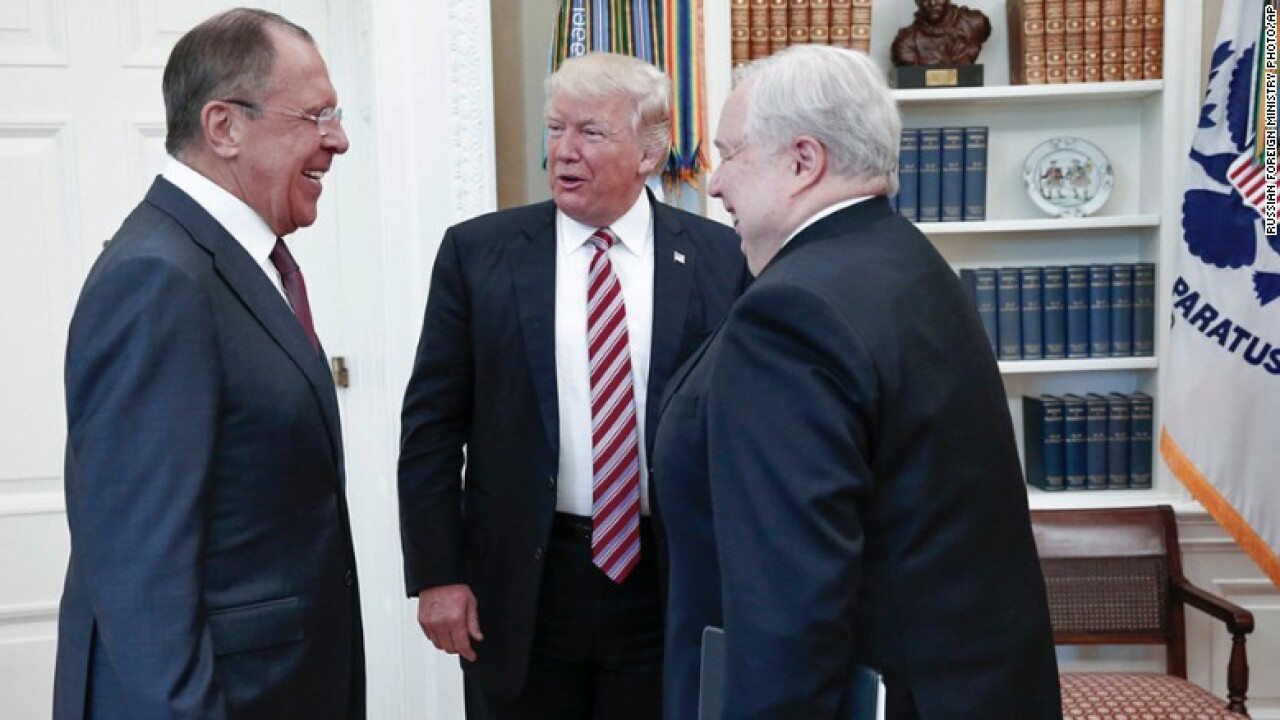 “We did not touch this subject,” Lavrov told reporters at a news conference Saturday in Cyprus, Russia’s state-run TASS news agency reported.

Lavrov met with Trump at the White House on May 10, the day after the President fired Comey. The meeting raised eyebrows and faced additional public scrutiny when news broke that Russian Ambassador to the US Sergey Kislyak, whom current and former US intelligence officials say is a top Russian spy and recruiter of spies (a notion Russian officials have dismissed), also attended.

TASS posted pictures showing the trio together in the Oval Office, angering the White House and adding strange and ironic optics to questions swirling around the White House over Comey’s firing and the investigations into allegations of questionable ties between the Trump campaign and Russia.

No US media were invited to the meeting, which Russian President Vladimir Putin requested when he spoke with Trump earlier this month, but a TASS photographer was in the room for at least part of it.

The meeting has proven a source of continued controversy: The New York Times reported Friday that Trump had called Comey a “nut job” when he spoke with the two Russian officials. The White House did not deny the claim.