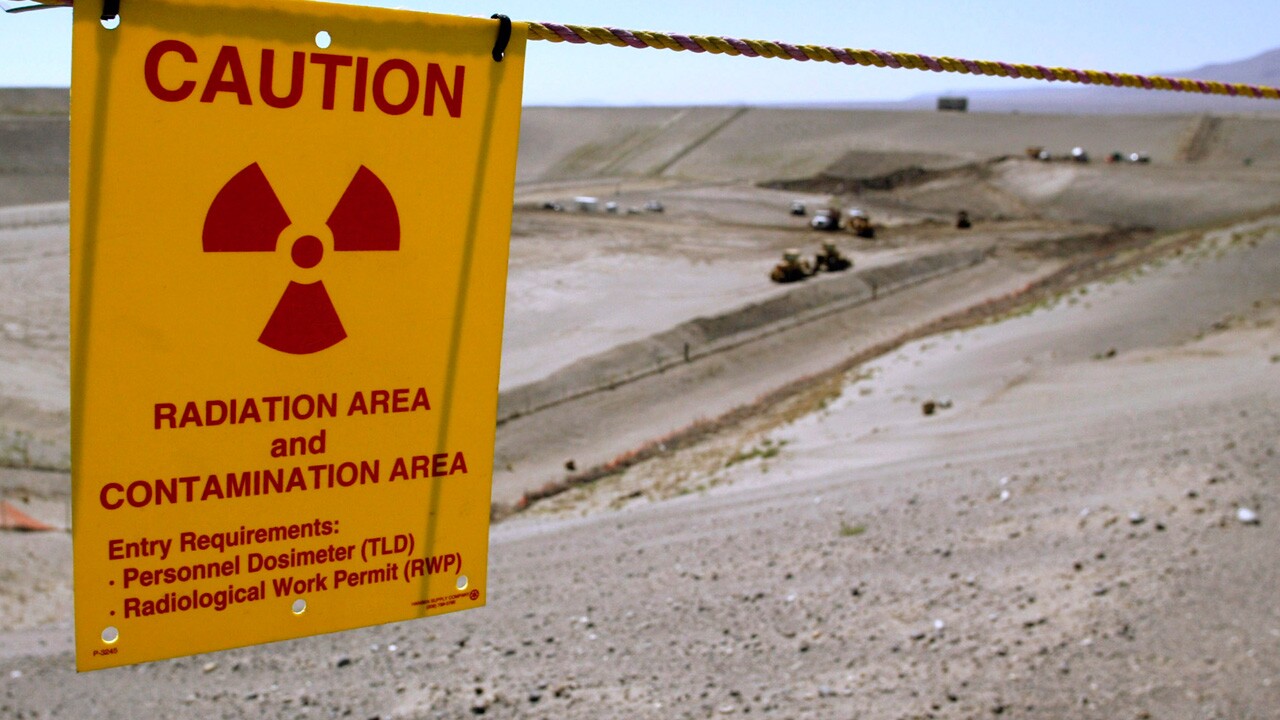 Authorities at Washington state’s Hanford nuclear waste site are investigating a possible leak after discovering radioactive material on a worker’s clothing. The discovery follows an incident early last week in which a site tunnel collapsed, sparking fears of radiation exposure.

Washington River Protection Solutions, a contractor working at the site, on Thursday detected high readings of radiation on a robotic device known as a crawler that workers were pulling out of a nuclear waste tank. Contamination was also discovered on the clothing of one of the workers.

“Established decontamination procedures were followed, which involves removing the contaminated clothing. Further surveying the worker showed no contamination remained. No other workers were affected, and all members of the crew were cleared for normal duty,” said WRPS spokesman Peter Bengtson.

The Double-Shell Tank AZ-101 contains 800,000 gallons of nuclear waste, according to the Washington Department of Ecology, which oversees the Hanford site. The nuclear plant is located in the south-central part of Washington state, about 45 miles from Yakima.

Using leak-detection instruments, WRPS said it did not find liquid escaping the tank. However, workers are preparing a plan to conduct a visual inspection by video.

State officials are also urging the US Department of Energy to investigate the incident and determine the safety of the site.

“We are not aware of any nuclear waste leaking outside the AZ-101 double-shelled tank, but we expect the US Department of Energy to immediately investigate and report on the source of contamination,” Gov. Jay Inslee said in a statement.

Maia Bellon, director of the Washington Department of Ecology, echoed the governor’s call.

“We’re calling for an immediate investigation by US Department of Energy into contamination & potential leak in a Hanford nuclear waste tank,” Bellon wrote on Twitter.

The Department of Energy released a statement confirming the incident had occurred and that the workers had returned to “normal duty,” but it stopped short of saying whether federal officials would investigate.

Workers on May 9 noticed that a section of a tunnel at the nuclear waste site had collapsed, creating a 20-foot hole.

The tunnel — which is made of wood and concrete and covered in 8 feet of soil — was constructed during the Cold War to hold rail cars loaded with equipment that had been contaminated in the process of plutonium production. It has been sealed since the mid-1990s, according to the Department of Energy.

The Hanford facility’s 3,000 workers were ordered to shelter in place at one point, but the order was lifted for non-essential employees hours later. Non-essential workers who live north of the site’s Wye Barricade entrance were asked to stay home the following day.

Hours after authorities scrambled to respond, they determined there was no evidence that workers had been exposed to radiation or that there had been an “airborne radiological release.”

“All personnel are accounted for (and) there are no injuries,” Hanford emergency center spokesman Destry Henderson said. “There is no evidence of a radiological release.”

The hole has since been filled with clean soil, according to officials.

Since 1989, the government has been in the process of cleaning up the Hanford nuclear site.

“Hanford made more than 20 million pieces of uranium metal fuel for nine nuclear reactors along the Columbia River. Five huge plants in the center of the Hanford site processed 110,000 tons of fuel from the reactors, discharging an estimated 450 billion gallons of liquids to soil disposal sites and 53 million gallons of radioactive waste to 177 large underground tanks,” the Department of Energy’s Office of Environmental Management said on its website.

Hanford became a focal point of US nuclear efforts beginning in 1943, when aspects of the Manhattan Project were moved there. Thousands of workers moved into the site where plutonium was produced for use in atomic bombs.

Material from the Hanford site was used in the bomb dropped on Nagasaki, Japan, during the final days of World War II.

The site — about half the size of Rhode Island — continued to buzz during the Cold War, with more plutonium production, as well as the construction of several nuclear reactors.

The last reactor shut down in 1987, shortly before the mammoth cleanup effort began.

Four years ago, US inspectors were investigating a possible leak at the Hanford nuclear site after an elevated contamination reading was found in a leak detection pit. That same year, six tanks at the site were found to be leaking radioactive waste.

Hanford is one of several active sites undergoing cleanup under the direction of the Department of Energy’s Office of Environment Management. The office has completed cleanup in many sites and says it is making “substantial progress in nearly every area of nuclear waste cleanup.”