No headscarves for Melania and Ivanka Trump 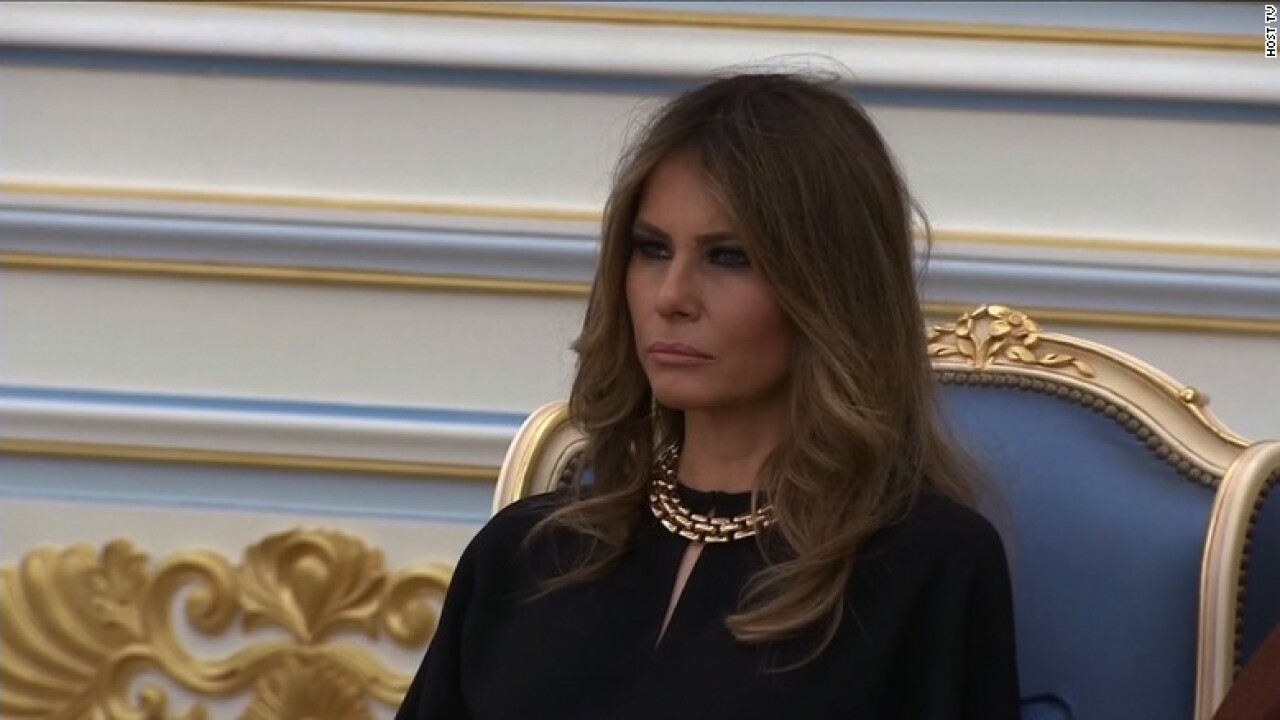 President Barack Obama and the first lady visited Saudi Arabia in 2015 to pay respects to the late King Abdullah bin Abdulaziz Al Saud and meet the newly appointed monarch, King Salman bin Abdulaziz Al Saud. But Michelle Obama attended without wearing a headscarf, drawing notice back in the United States about her lack of a traditional head covering in the conservative country.

Trump weighed in on his preferred platform, Twitter, saying, “Many people are saying it was wonderful that Mrs. Obama refused to wear a scarf in Saudi Arabia, but they were insulted. We have enuf enemies.”

When asked why the Trumps went without scarves, the White House responded that they were not required to wear them.

Although they decided to forgo the headwear, both women were dressed conservatively in long pants and dresses. Several female leaders have shed the scarf in recent years, including British Prime Minister Theresa May, former Secretary of State Hillary Clinton, former first lady Laura Bush and German Chancellor Angela Merkel.

President Trump was lavished with extravagant royal pomp here Saturday, an elaborate start to a trip meant to bolster international partnerships but which aides now hope can reset a scandal-pocked narrative back home.

The President’s stop in the enthusiastic Saudi capital is the first in a nine-day, five-country swing across the Middle East and Europe. The itinerary will take Trump to the capitals of three of the great world religions and introduce him to the grueling pace of presidential foreign travel.

Air Force One touched down in mid-morning at the King Khalid airport in Riyadh, where Trump was greeted on a red carpet-bedecked tarmac by King Salman and other high-level Saudi officials. The grand welcome, which featured a military brass band and a fighter jet flyover, demonstrated just how highly anticipated Trump’s arrival was in this Middle Eastern kingdom.

“Great to be in Riyadh, Saudi Arabia,” Trump tweeted shortly after his arrival. “Looking forward to the afternoon and evening ahead.”

Trump and the 81-year-old Salman were seen in friendly conversation inside the Royal Terminal just after Trump touched down, and the two leaders shared a long drive from the airport to central Riyadh, where the President is staying.

Shortly afterward, the pageantry continued inside the Saudi Royal Court, where Salman presented Trump with a gilded necklace and medal, the country’s highest honor. The distinction also was bestowed upon Presidents Barack Obama and George W. Bush.