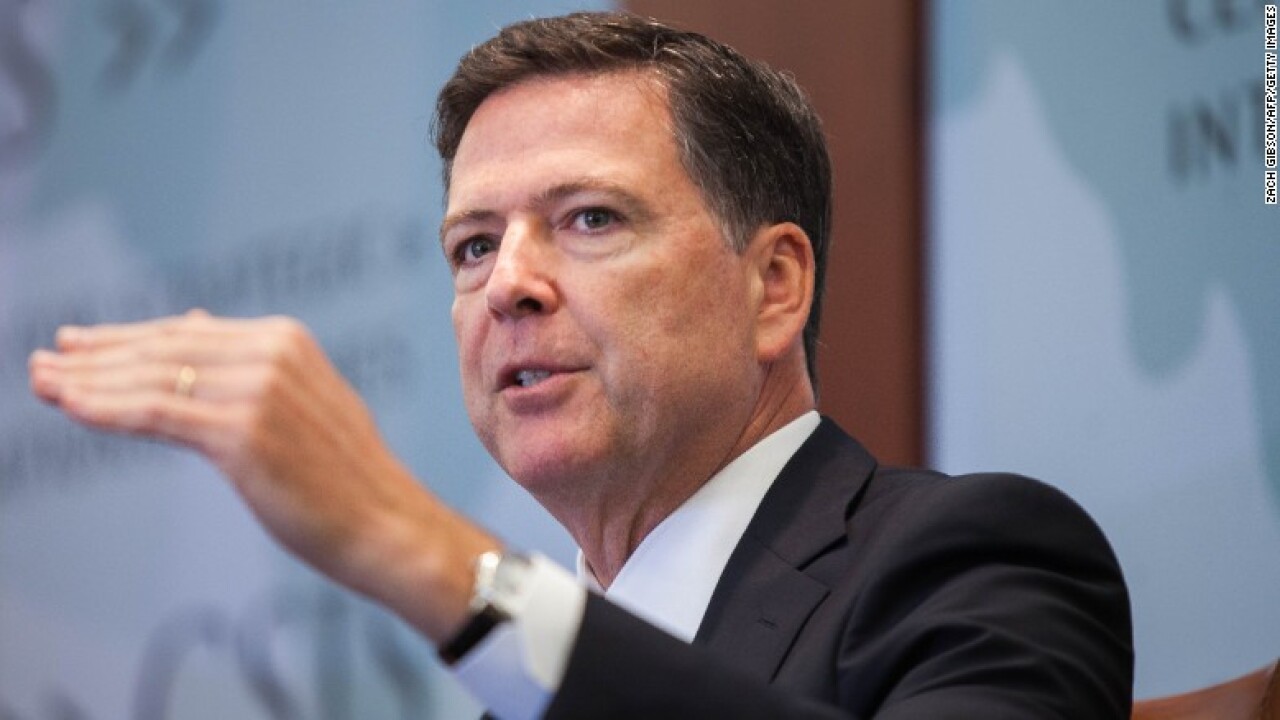 Panel Chairman Richard Burr and Vice Chairman Mark Warner said they will schedule the hearing for after Memorial Day. A date has not been set.

“The committee looks forward to receiving testimony from the former director on his role in the development of the intelligence community assessment on Russian interference in the 2016 US elections, and I am hopeful that he will clarify for the American people recent events that have been broadly reported in the media,” Burr said in a statement.

Warner said Comey’s testimony would help “answer some of the questions that have arisen since Director Comey was so suddenly dismissed by the President.”

Comey has been at the heart of the scandals enveloping the White House after Trump fired him last week while he was leading the FBI’s investigation into Russia’s election-year meddling and contact with the Trump campaign.

Comey’s testimony has been sought by numerous congressional committees after news broke last week that he had written a memo stating President Donald Trump had asked him to drop his investigation into former national security adviser Michael Flynn.

But it appears Comey has chosen to testify just once more before Congress.

Senate Judiciary Chairman Chuck Grassley and ranking Democrat Dianne Feinstein issued a joint statement Friday saying they were “extremely disappointed” he declined an invitation to testify before their panel.

“There is no reason he can’t testify before both the Intelligence and Judiciary committees, particularly given that the Judiciary committee is the FBI’s primary oversight committee with broad jurisdiction over federal law enforcement, FISA and the nomination of the next FBI director,” the senators said.

House oversight committee Chairman Jason Chaffetz also announced a hearing next week in which he had invited Comey to testify, but he did so before making contact with Comey, and it’s unlikely the former FBI director plans to attend.

A Chaffetz spokeswoman did not immediately respond to a request to comment on whether Comey had indicated if he would testify. Chaffetz, who announced Thursday he is leaving Congress at the end of June, has requested Comey’s memos, as has the Senate Judiciary Committee and the House Intelligence Committee.

Whether Comey would testify at all about his memos and firing before Congress was an open question among lawmakers after the Justice Department on Wednesday named Robert Mueller as special counsel to investigate allegations of collusion between Russian officials and Trump campaign aides in Moscow’s efforts to influence the election.

There were concern among some, such as Sen. Lindsey Graham, that the special counsel would diminish Congress’ investigations, though the leaders of those probes have insisted they will continue along with Mueller’s investigation.

Comey’s memo about Trump’s comments on the Flynn investigation has only added to concerns about the White House’s shifting explanations for Comey’s dismissal.

White House aides initially said that Trump fired him on the recommendation of Deputy Attorney General Rod Rosenstein over Comey’s handling of the investigation into Hillary Clinton’s emails, but the President later contradicted his aides and said he had already planned to fire Comey.

Rosenstein confirmed to lawmakers in briefings this week that the President already planned to remove Comey when he wrote his memo detailing the FBI director’s alleged transgressions.