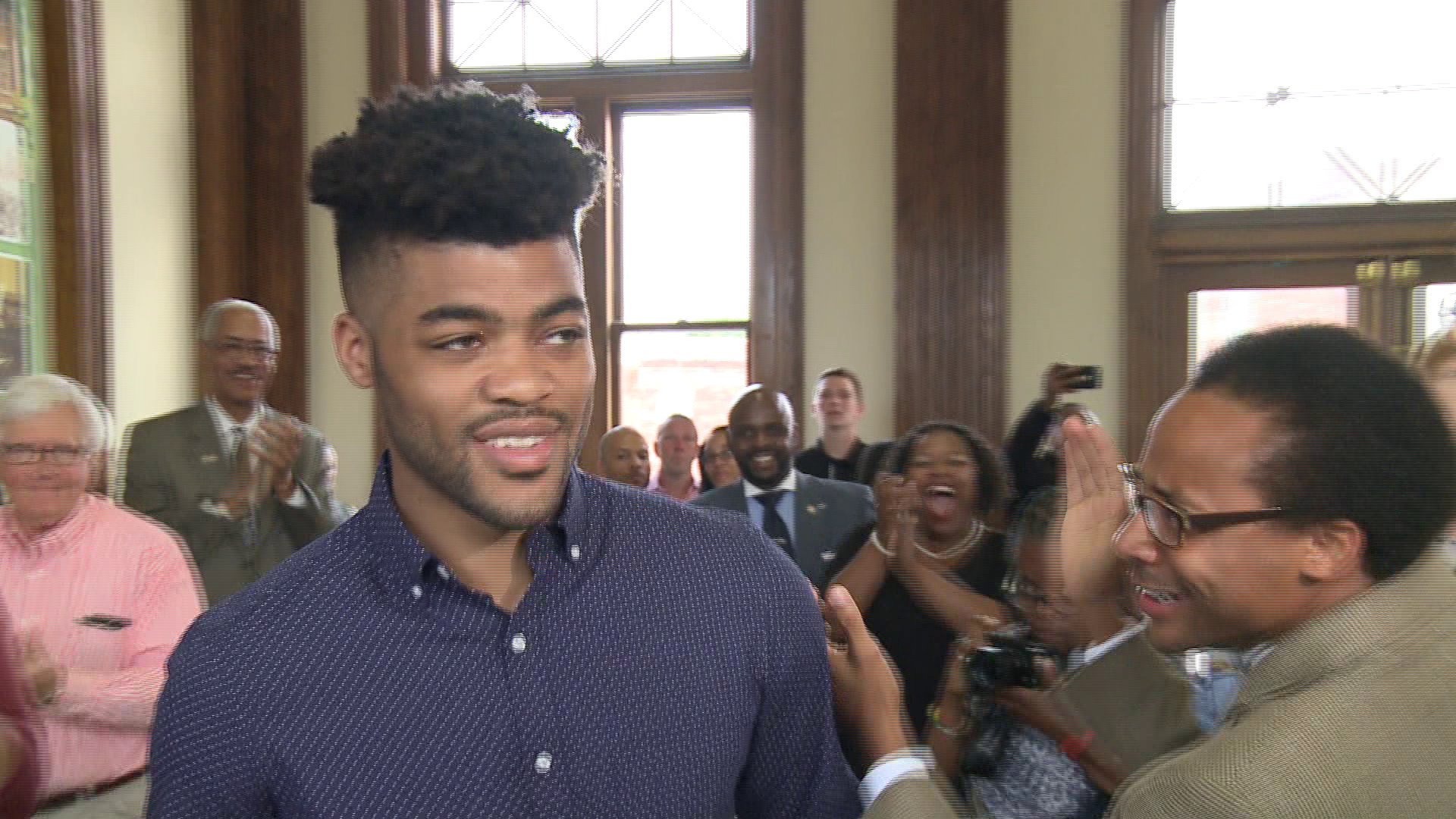 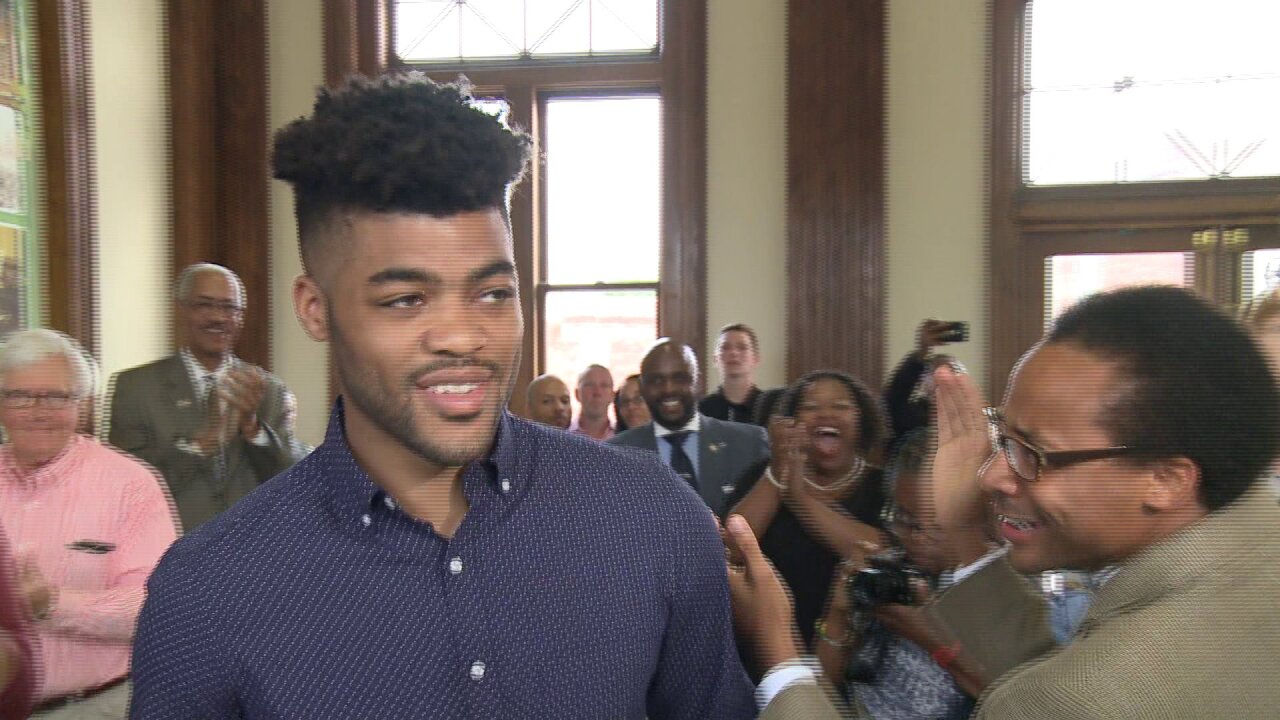 Petersburg, Va – Twelve months ago, Frank Mason III was a good college basketball player getting ready for his senior season at Kansas. Today, he holds nearly every individual college basketball honor as he returns to his hometown for a weekend of celebrating.

“It’s always great to come back home and see family and friends” Mason said. He spoke before a dinner at Union Station in Petersburg honoring his achievements, an event Mason called “one of the special moments in [his] life.”

Mason led the Kansas Jayhawks to this year's Elite 8 and the Midwest Regional Final. He was named the AP men's college player of the year, first team All AP, and won the Wooden, Naismith, Cousy and Oscar Robertson awards after averaging nearly 21 points and over 5 assists per game.

None of this seemed possible when Mason graduated from Petersburg. Although he scored 1,901 points for the Crimson Wave, second most in school history behind Moses Malone, a late failing grade kept him from being eligible to attend Towson University. Mason enrolled at Massanutten Military Academy where he was seen by Kansas assistants who then offered him a chance to play for the Jayhawks.

"Playing under Coach [Bill] Self has been a great experience" Mason said. "I learned so much from him on and off the court. It's basically just putting in the reps and working to get better."

"God works in myserious ways" said Bill Lawson, Petersburg's Athletic Director who was Mason's head coach in high school. "Frank was going in one director and God said 'You need a change'. It was the best thing that ever could have happened."

Mason was not only honored at an invitation-only dinner on Friday, he will be the guest of honor at an all star basketball game at Petesburg High on Saturday, before throwing out the first pitch at that night's Flying Squirrels game. All this before the NBA draft where Mason should hear his name called, if not in the first round, then definitely in the second.

"People are saying Frank has overachieved because of his height" Lawson said of Mason who stands at an even 6 feet tall in sneakers. "Frank's heart is so big, you can't go by his height."

"I'm excited and enjoying the process" said Mason who has already worked out for the Orlando Magic and has other workouts scheduled.

Mason has another reason for coming back home, one he hopes will resonate beyond the weekend. He wants to be a role model for those who come after him, someone to whom even taller players can look up, as an example of just what hard work can do.

"A lot of people and kids look up to me because of what I've accomplished" Mason said. "There's a long ways to go. I want to be the best role model I can to show kids that the future is bright and to always work hard and believe in yourself."