The coal miner who became a data miner 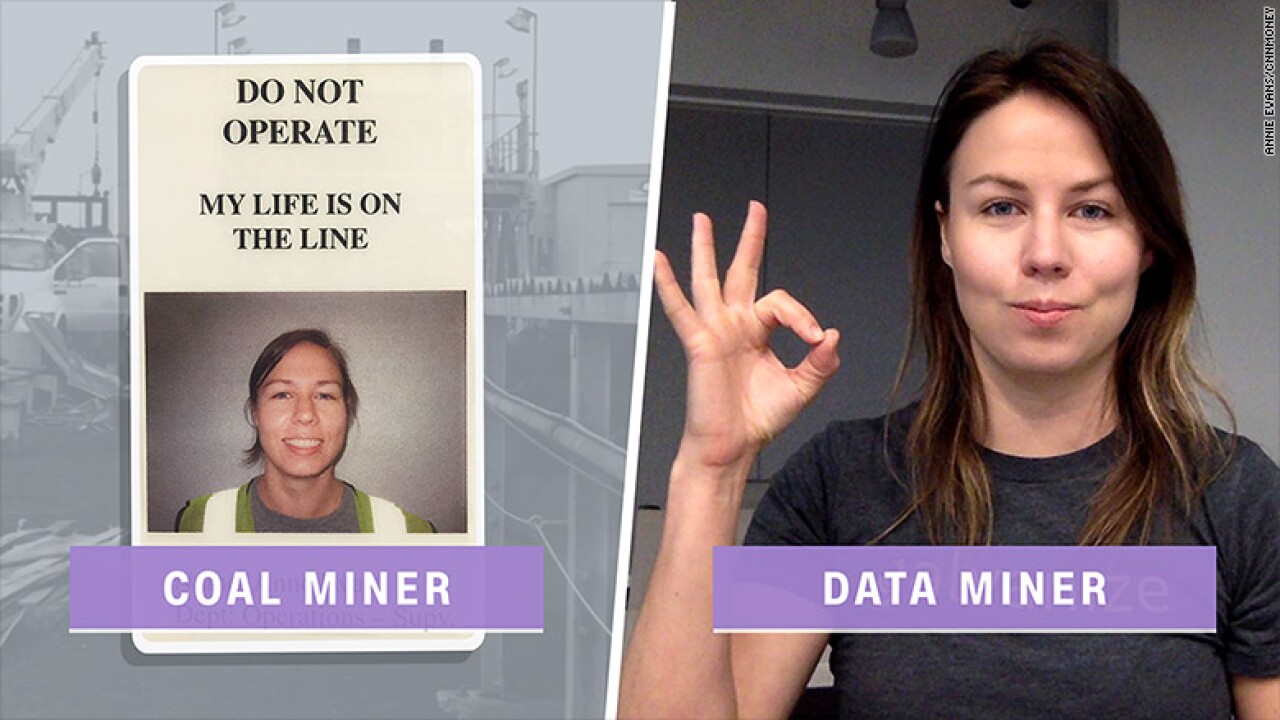 SAN FRANCISCO — In her old life, it was not unusual for Annie Evans to find herself standing in the pouring rain outside of a coal mine at three in the morning, staring down a broken piece of equipment.

A heavy maintenance superintendent for a surface coal mine in Elgin, Texas, Evans was responsible for figuring out how to patch or replace outdated parts of a field delivery system that ferried coal from the mine to a plant. Each minute of downtime could cost the company as much as $170.

Now the third-generation coal miner gets her adrenaline rush sitting indoors on a soft swivel chair, fixing code on a computer screen. The 33-year-old is a data scientist currently doing a paid residency at Galvanize in Austin.

“I was an adrenaline junkie,” sad Evans of her past career. “This is such a completely different world.”

Coal mining jobs were thrust into the spotlight during the recent presidential election. In 2015, there were fewer than 100,000 coal mining jobs in the U.S., a 59% drop from 1980, according to the Brookings Institute. President Trump has said he will work to bring coal jobs back by removing regulations, but experts say that low natural gas prices, green energy and automation actually pose a greater — and irreversible — threat to the industry.

“The EPA was coming down our back, our company was going into bankruptcy, we weren’t making money because the price of natural gas is so low,” said Evans.

Her grandfather worked as an above-ground coal miner for more than 40 years, traveling to Wyoming, New Mexico and Australia. Her father used to work underground, but now he travels to mines around the world as a Vice President of Minerals Technical Services. Her cousin also worked in coal mining, but he left to get a PhD in rocket science and is interested in mining in space.

Coal mining is in her blood, but Evans discovered a hidden talent for programming.

“While I was working as a coal miner, I taught myself to code on the side as a guilty pleasure,” said Evans.

Every Friday afternoon, she would sit in her office and teach herself Visual Basic, the only language she had access to. She wrote code to automate some of the more tedious parts of her job and let it run overnight. She practiced programming in her downtime for five years.

Eventually, worn out by being on call 24-7, Evans quit her job last July. A few months later she discovered Galvanize, a coworking space that offers classes and certifications in various technical fields.

It was love at first sight.

“I went and sat in one of their classrooms and it was a bunch of nerds talking about machine learning algorithms,” said Evans.

She has a degree in civil engineering from the University of Arizona, but no formal training on computers. At Galvanize, she took part in a 13-week program and learned about natural language processing, recommending systems, Python and data science. Now she’s doing a full-time paid data science residency at Galvanize, helping teach new students, while she looks for her next job.

Ideally, Evans is looking for a position as a data scientist and Python developer, or data scientist and business analyst. Those skills are in high demand in industries like healthcare, finance and startups that rely on algorithms. The starting salary for a data scientist is around $110,000, according to Galvanize. Evans says she’ll make about the same amount as she did at the coal mines, but the lifestyle change will be a huge improvement.

Transitioning to programming is not a reality for many people in the coal mining industry, says Evans. The majority of workers live in small towns near mines, where everyone knows each other and has lived for generations. Many miners have only a high school education, and no particular interest in a desk job.

“My mechanics are some of the smartest people I know … but they by no means want to be in an office or use a computer,” said Evans.

Many mining towns are still struggling to find new industries and retrain coal workers. In Appalachia, there are a number of organizations focused on helping locals transition to new jobs, like farming, construction and alternative energy. Bloomberg’s philanthropic organization is giving $3 million to groups working on economic development in coal communities.

But Evans is excited about her new career, and thinks she’ll still get her adrenaline rush problem solving and fixing databases for clients.

“I’m OK with not standing outside for 12 hours in the pouring rain.”