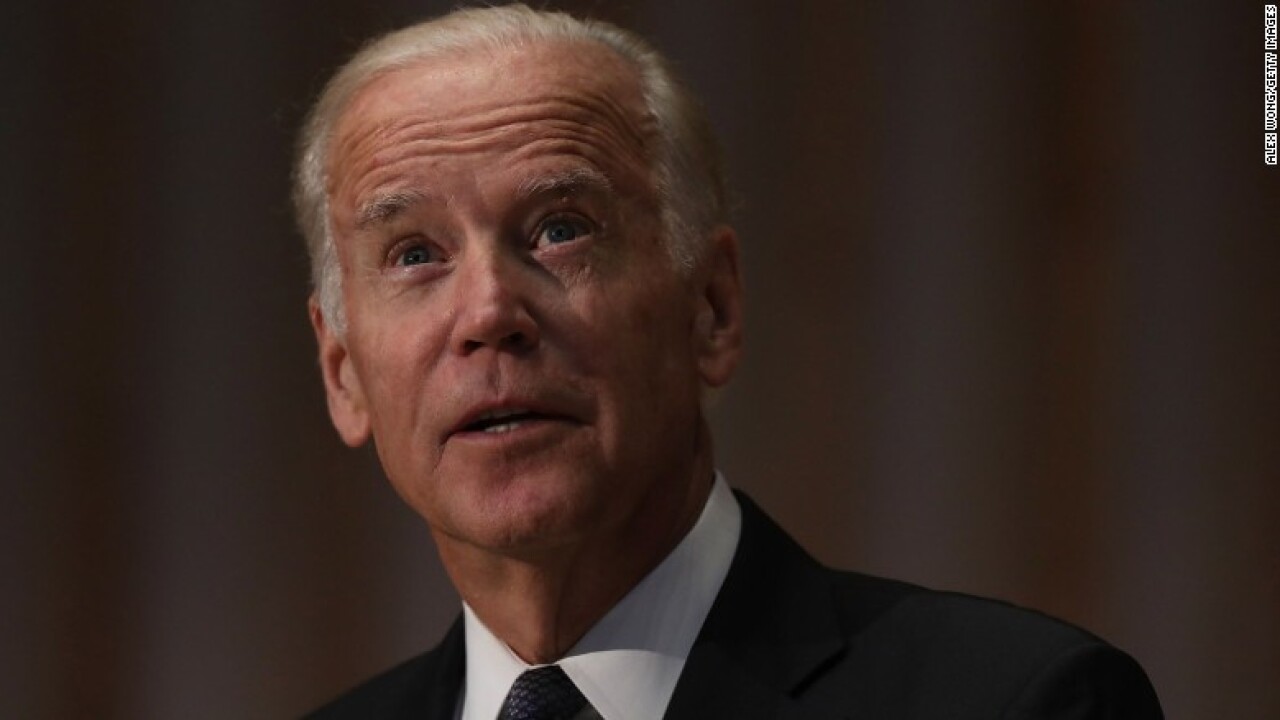 Asked if he will run for President in 2020, Biden said on Thursday, “Could I? Yes. Would I? Probably not.”

Biden, who would be nearly 78 years old next election, emphasized that right now his focus is on his family being “put back together” following the 2015 death of his son Beau to brain cancer.

Long known as the poorest man in the US Senate, Biden also said he needs to fulfill several financial promises to his wife, including paying off their mortgage.

But if those things are done, and he’s healthy and the best candidate, “I may very well do it,” Biden said at the SALT hedge fund conference in Las Vegas.

Biden admitted he’s been approached by people who want him to run for President, but he’s told them he can’t commit right now.

“At this point, no one in my family or I have made the judgment to run,” Biden said.

Yet at times Biden, who was greeted with a standing ovation by the finance crowd at SALT, sounded like a man who still has the passion for public office.

He spoke about the urgent need to think big and about ways to fix the country’s problems.

“The public is sick of it ….This fever has to break,” he said.

Biden offered advice to Republicans and Democrats in Congress. “Argue like hell … but show some respect,” he said.

Biden, who decided against running for the Oval Office in 2016 due to the death of his son, was asked at what point he realized Hillary Clinton was the correct candidate.

But Biden stressed that he believed that “Hillary would have been a really good president.”

Despite his financial needs, Biden pledged to give the $200,000 speaking fee for appearing at SALT to charity.

Biden didn’t take on President Trump directly, though he did seem to allude to the recent turbulence in the administration.

President Obama went eight years “without a single scandal,” Biden said to applause. “Not one.”

Biden admitted that the Obama administration “made mistakes” and that he and Obama would often disagree on tactical issues, even having “shouting matches” at times.

But Biden praised Obama as “absolutely totally competent” and someone who took the job “extremely seriously.”

Accepting Obama’s offer to become Vice President wasn’t easy and Biden even initially turned the job down. But Biden said Obama promised him he’d be the last guy in the room on every important issue — a promise that was ultimately kept.

“It was the best decision I ever made,” he said.