The numbers behind racial disparities in marijuana arrests across Va. 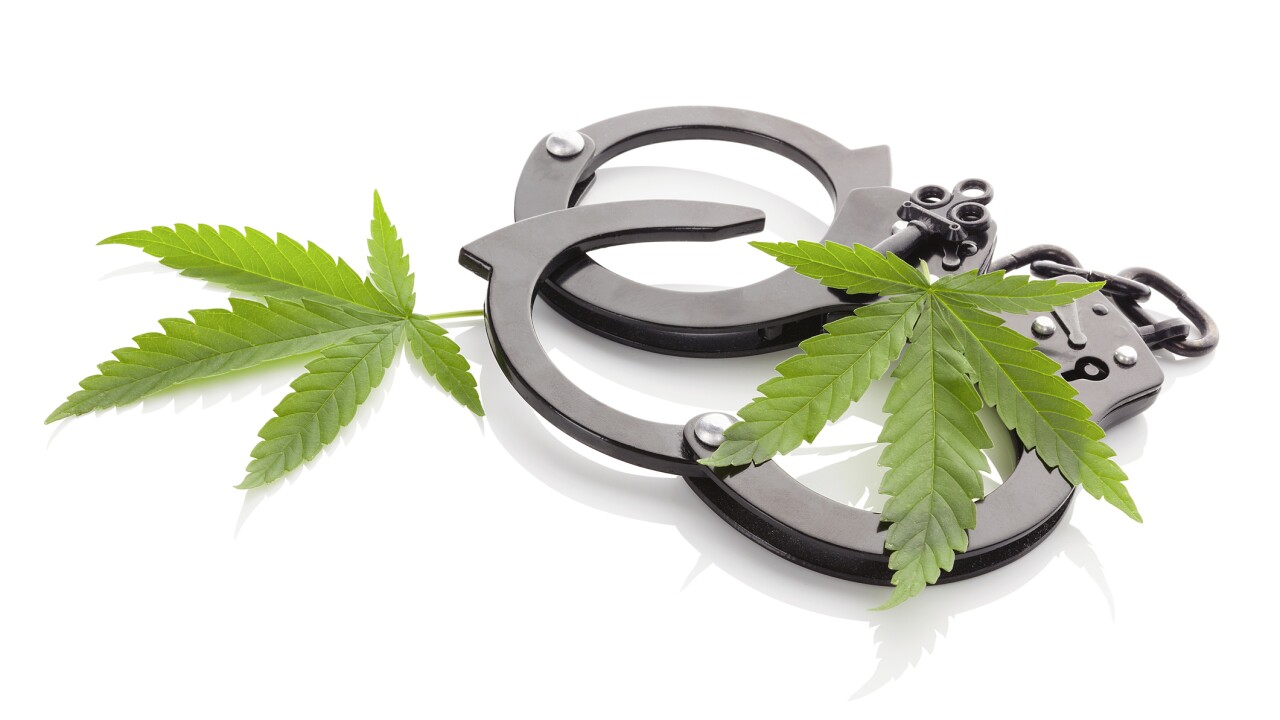 RICHMOND – Hanover County, just north of Richmond, has about 88,000 white residents, and in an average year, 246 whites are arrested there for marijuana possession. That represents a rate of 280 white arrests for every 100,000 white residents.

About 9,600 African-Americans also live in Hanover County, and in an average year, 171 blacks are arrested there for marijuana possession. That represents a rate of 1,779 black arrests for every 100,000 black residents.

Statistically, that means African Americans are more than six times as likely as whites to be arrested for possessing marijuana in Hanover County.

That is an extreme example of a pattern throughout Virginia: Statewide, blacks are about three times as likely as whites to be arrested on marijuana charges, according to a Capital News Service analysis of data from the Virginia State Police.

The analysis looked at records on more than 160,000 arrests by local and state law enforcement agencies from 2010 through 2016. It found that the racial disparity in marijuana arrest rates has increased over the years: In 2010, the arrest rate for blacks was 2.9 times the arrest rate for whites; in 2016, blacks were 3.2 times as likely as whites to be arrested on marijuana charges.

The statistics suggest that in many localities, the enforcement of marijuana laws has a disproportionate impact on African-Americans – even though studies show that blacks and whites use marijuana at roughly the same rates.

Previous studies by other groups also found differences in marijuana arrest rates between blacks and whites. In 2015, for example, the Drug Policy Alliance, which supports legalizing marijuana, issued a report on “racial disparities in marijuana arrests in Virginia” between 2003 and 2013.

“Black Virginians have been disproportionately impacted by marijuana law enforcement despite constituting only 20% of the state’s population and using marijuana at a similar rate as white Virginians,” the study found.

The report was written by Jon Gettman, a criminal justice professor at Shenandoah University in Winchester, Virginia, and a researcher and analyst of marijuana policy issues. In explaining the racial disparities, he said marijuana possession is a crime of indiscretion, meaning people get arrested because they’re at the wrong place at the wrong time.

The Virginia localities with the biggest differences between black and white arrest rates for marijuana were communities with relatively few African-Americans, such as Carroll County in the southwestern part of the state and the city of Poquoson, north of Hampton.

In those localities, a handful of arrests of blacks can make the arrest rate seem astronomical. In Colonial Heights, for example, the marijuana arrest rate for blacks was more than 7,000 per 100,000 population – compared with less than 800 per 100,000 residents for whites.

But even in Virginia’s more populous localities with sizable African-American populations, blacks were much more likely than whites to be arrested on marijuana charges:

In Hanover County, where the black arrest rate for marijuana possession was 6.4 times the white arrest rate, officials from the local NAACP have met with representatives of the county sheriff’s department and the Ashland police to discuss various issues – but not marijuana law enforcement.

“The last time we met, we had a complaint that African-Americans are being stopped on (Route) 360 more so than whites, and they do acknowledge that more African-Americans are stopped based on profiles that they’re looking for,” said Robert Barnette, who chairs the political action committee of the Hanover County branch of the NAACP.

“We are on the (Interstate) 95 corridor for drug traffic … Hanover is between Richmond and D.C. The typical person that may go on to travel on 95 going north to D.C will get on Highway 301 or 295 and try to avoid some of the attention.”

The apprehension of people from out of town may explain the disparity in arrest rates, law enforcement officials say.

Lt. Kerri Wright of the Hanover County Sheriff’s Department noted that not everyone arrested in the county is a Hanover resident. The state of Virginia as a whole, in addition to the Hanover County area, is often seen as a drug corridor with its placement between New York and Florida, Wright said.

She said she couldn’t give an opinion on any racial disparities in marijuana arrests in the county.

“Our community is very supportive of us, and that’s one thing we’re very proud of,” Wright said. “There’s no push (to crack down on marijuana), but the law is the law. So we cannot state what laws we’re going to enforce and what laws we’re not going to enforce. If there’s a law and we know there’s a violation of a law, then we need to take appropriate law enforcement action.”

Some people who have been arrested for marijuana possession suspect that socioeconomic factors may influence where marijuana laws are enforced.

Gray Marshall, 19, was arrested on marijuana charges twice while attending Varina High School in the east end of Henrico County. Although Marshall is white, the school’s population is predominantly black. He said being a young person in a “bad” part of town might increase the chances of being arrested.

“The second time I was in a bad area, and the cops said I just stuck out like a sore thumb. I was in a Honda sitting in an apartment complex. I got possession with intent to distribute,” Marshall said. “I feel like I was definitely more likely (than blacks) to talk a cop out of something whenever we would get in a situation. But it felt pretty much the same.”

Twenty-six states and the District of Columbia have laws that legalize marijuana in some form. Three other states will soon join them – but not Virginia, where the General Assembly recently rejected most proposals to liberalize marijuana laws.

While marijuana possession arrests have decreased nationally, Gettman found that arrests in Virginia increased steadily from 2003 to 2013. He said this might have been a reaction from Virginia law enforcement because of more liberal marijuana laws around the country. They may want to send a message to counterbalance the idea that marijuana is acceptable.

It was the arrests of blacks that made up most of the overall increase in marijuana arrests, Gettman said.

“It’s sort of now an accepted fact that there’s a tremendous disparity in arrests between whites and blacks. In some respects, it doesn’t matter why there’s a racial disparity. The numbers show us that there is one, and consequently it’s clear that we’re not able to enforce these laws evenly, equally, fairly – and that’s a problem, and people are upset about it,” Gettman said.

By SaraRose Martin/Capital News Service
Capital News Service is a flagship program of VCU’s Robertson School of Media and Culture. Students participating in the program provide state government coverage for Virginia’s community newspapers and other media outlets, under the supervision of Associate Professor Jeff South.