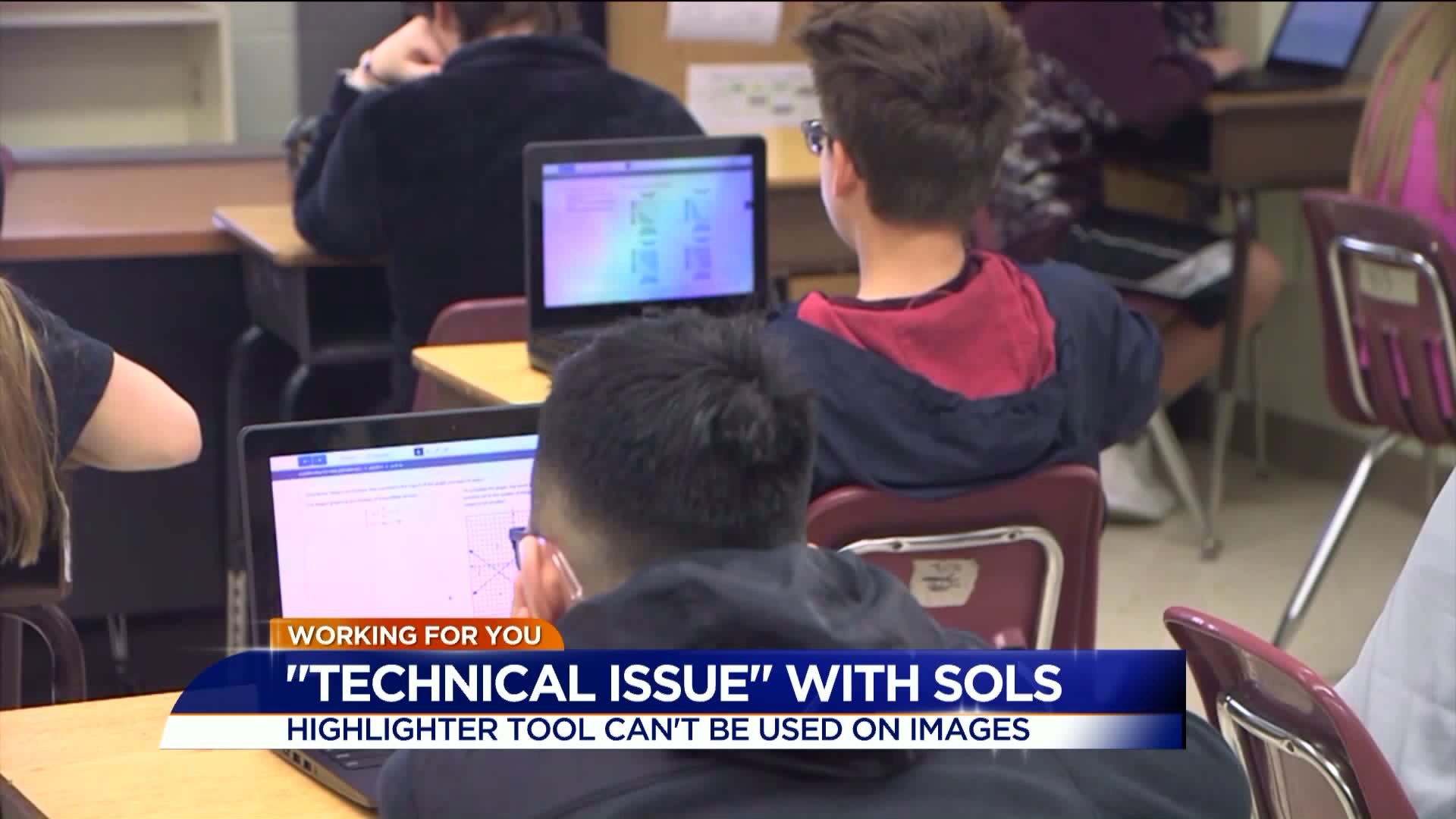 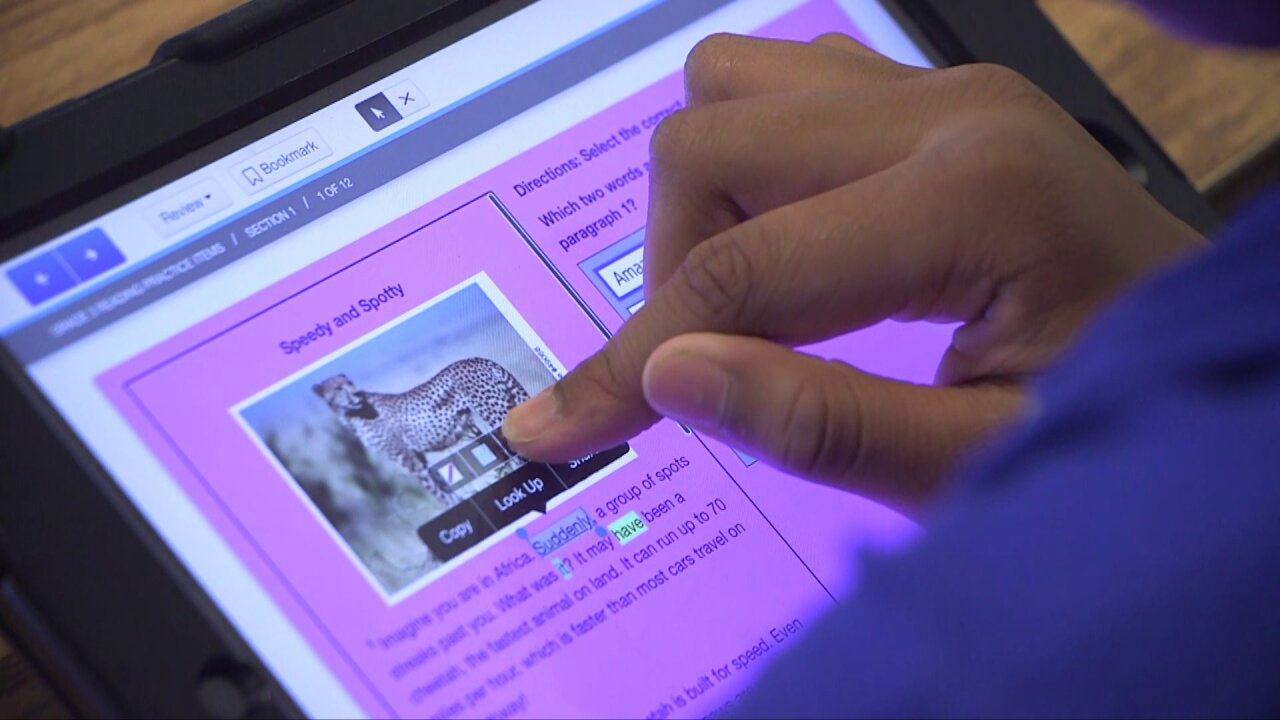 CHESTERFIELD COUNTY, Va. -- Some teachers were concerned over a technical issue with a portion of the reading SOL tests taken in Virginia this week.

The issue surfaced due to changes made this year that allow students to take the SOL on Chromebooks and iPads.

In order to fit the test to new screen sizes, test makers had to copy files, not text, onto portions of the text.

Because of that student cannot use the highlighter tool on about 10 percent of the reading test.

Charles Pyle, with the Virginia Department of Education, said his department had received about 10 calls about the issue, out of 1,800 statewide.

One Chesterfield County Public Schools teachers reached out with concerns over how the format will impact her students.

"The issue of being able to use the highlighter tool on passages was not discovered until after testing started. This is a strategy we use and our kids really rely and depend on," she said. "So if I have kids fail the reading test, is it because of this? This is a major irregularity."

Pyle said schools were made aware of the issue prior to testing. The issue will evenutallly be worked out, for future testing.