Father of slain VSP trooper: ‘I haven’t went a day without shedding a tear’ 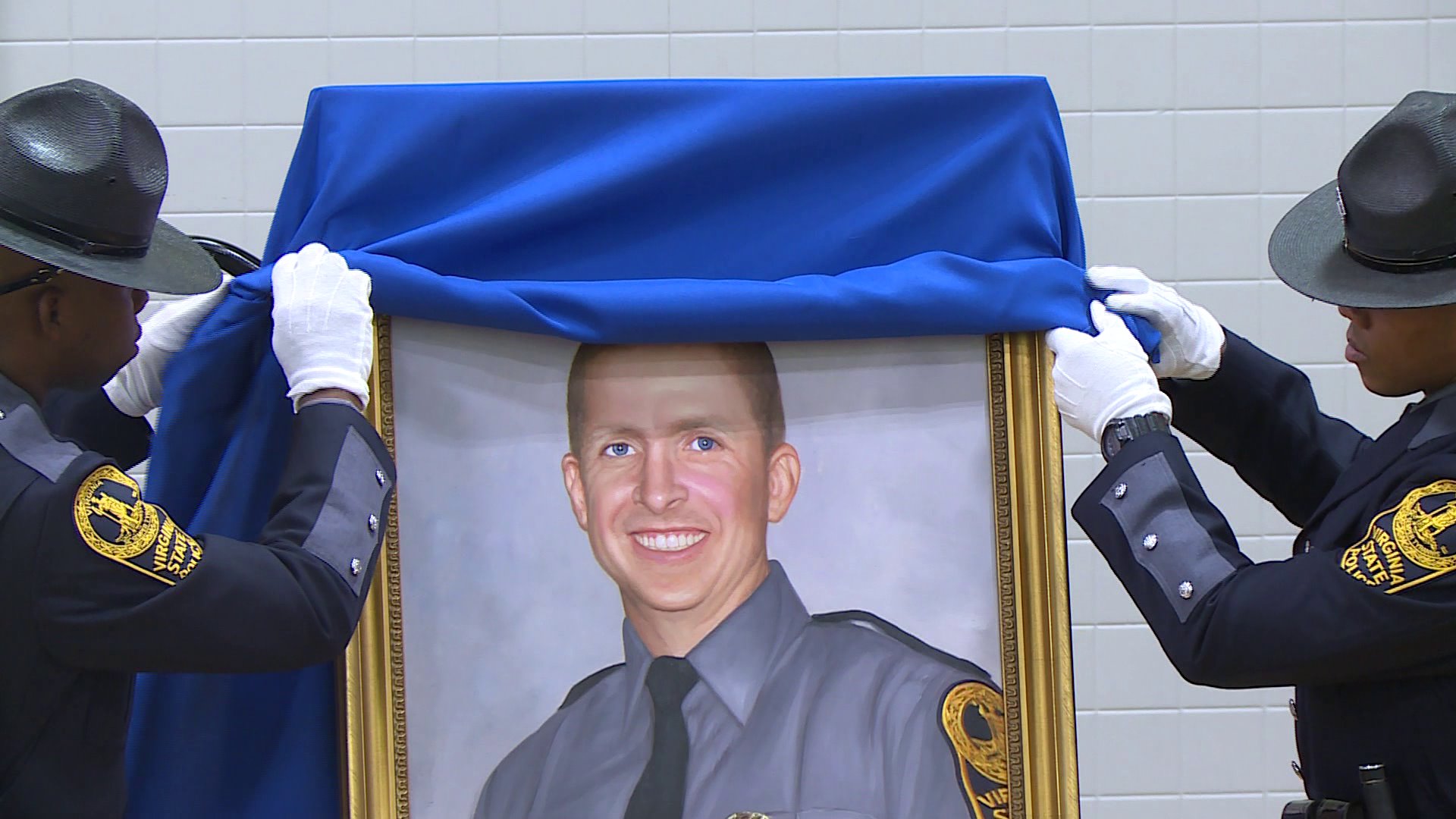 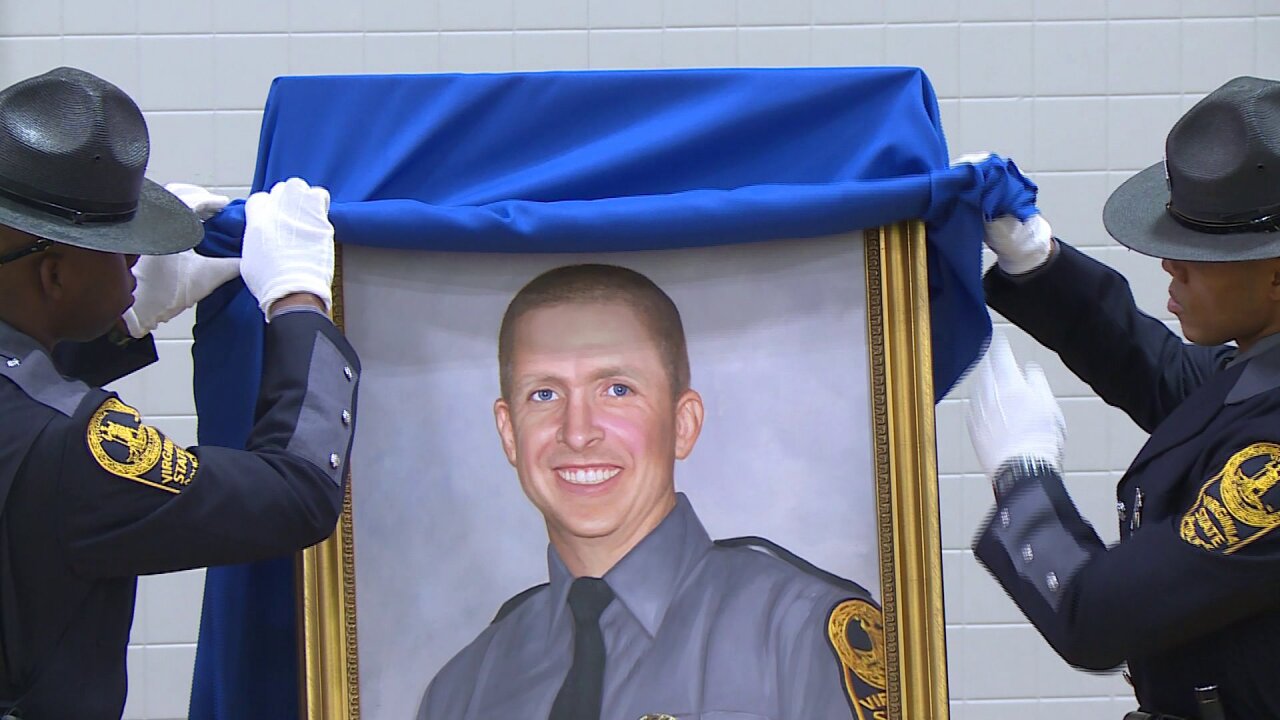 CHESTERFIELD COUNTY, Va. -- The father of a Virginia State Police trooper killed in the line of duty described his past year as emotional.

Trooper Chad P. Dermyer was murdered during a training exercise at the Richmond Greyhound Bus Station by a man with a violent past on March 31, 2016.

Trooper Dermyer was at the bus station on Boulevard with 16 troopers, special agents and supervisors as part of a specialized training on criminal interdiction practices, a method of proactive policing where officers engage citizens and hone skills to detect criminal activity.

"The loss of a child is devastating," John Dermyer said after the 2017 Virginia State Police Law Enforcement Memorial Service at their headquarters in Chesterfield Wednesday.

Tpr. Dermyer was one of nine troopers specially recognized who gave the ultimate sacrifice in their service.

A portrait was unveiled in honor of slain Trooper Chad Dermyer during a memorial service in Chesterfield.

A portrait of the slain trooper was unveiled and will be hung in the Colonel C.W. Woodson Jr. Memorial Gallery located within the Virginia State Police Academy. The gallery includes 61 portraits of men and women in who died in the line-of-duty in Virginia.

Tpr. Dermyer's family sat in the front row of the service surrounded by members of his police unit.

"[Chad's wife] Michelle is strong. The grandkids, I'm not so sure they're strong as she is," John Dermyer described. "I hate to see them grow up without their father figure and that's a difficult thing to go through."

John Dermyer traveled from Kansas City to attend the ceremony that honored his son. His family will now join a new family of fallen heroes.

John Dermyer traveled from Kansas City to attend a memorial service for his son killed in the line of duty.

"I have one goal in life and that is I don't want to see another family from any police department in the United States have to go through the same things are family has to gone through," John Dermyer said.

A special tribute was given to the following eight troopers in which 2017 marks a significant milestone: