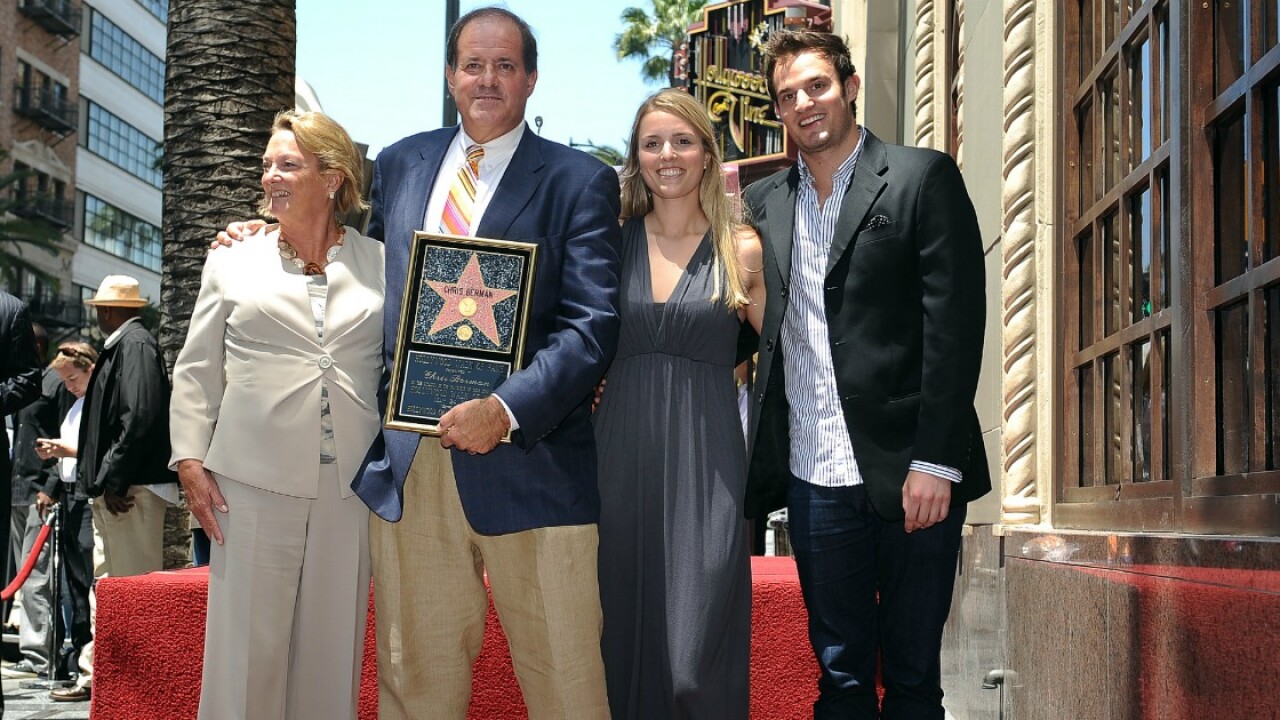 ESPN sportscaster Chris Berman poses with his family after being honored by a Star on the Hollywood Walk of Fame, on May 24, 2010 in Hollywood, California. (PHOTO: GABRIEL BOUYS/AFP/Getty Images)

“This is a devastating tragedy and difficult to comprehend,” Skipper said. “We know how much [Chris’] family means to him and all we can do at a moment like this is give him the love and support he will surely need at this hour.”

Kathy Berman, 67, was one of two people to die in the crash after a Lexus SC 430 rear-ended a Ford Escape, police said.

Police are still investigating the accident.

Kathy Berman, a teacher, was married to Chris for more than 33 years. The couple had two children, Meredith and Douglas.

Chris Berman joined ESPN shortly after it launched in 1979. He left as host of “Sunday NFL Countdown” in February after 31 seasons, but stayed with the cable network in a reduced role after recently signing a new contract.