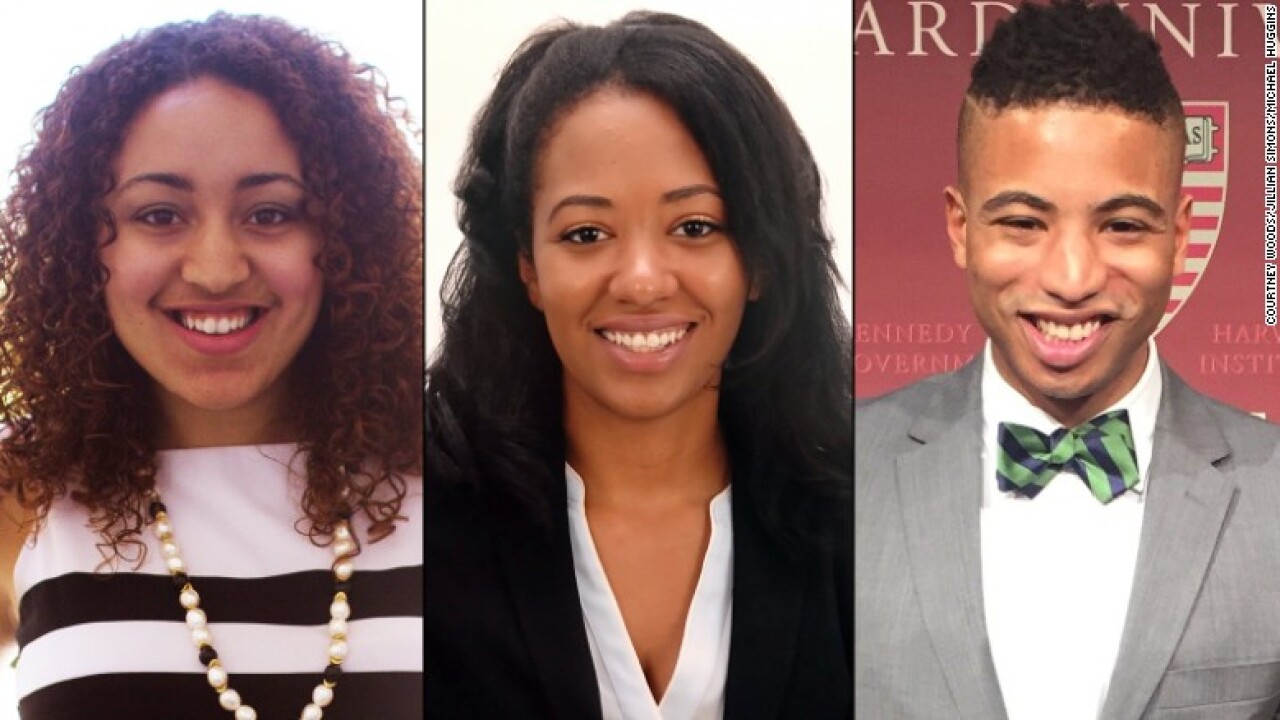 Michael Huggins’ grandfather never learned how to read or write. He was born in Mississippi when Jim Crow laws still legalized racial segregation, but eventually left in the 1950s by riding in the trunk of a car that was leaving the state. Two generations later, his grandson is graduating from Harvard.

“If he hadn’t made his decision to leave and find a better life for his family, I wouldn’t be here,” Huggins said. “Graduating from Harvard, it’s spiritual for me. And I know so many people who have stories like that.”

Huggins, who will graduate with a master’s degree from Harvard’s John F. Kennedy School of Government, hopes that such stories will be shared and celebrated at Harvard University’s first commencement ceremony specifically honoring black graduates.

The event, to be held two days prior to Harvard’s traditional commencement, aims to honor the achievements of black students at Harvard and to share their experiences with the larger community.

More than 300 students and 500 guests have registered to attend the May 23 event. The event will be an optional, additional ceremony.

The ceremony, Huggins said, is not meant to be divisive, but rather an affirmation of identity and community.

“It’s truly about fellowship. We invite anybody to come to learn about the black, African, and African diaspora experience at Harvard. This event is truly about building relationships,” Huggins said.

Huggins, along with fellow Harvard graduate students Courtney Woods and Jillian Simons, started planning the event last summer. Every school represented in the ceremony has financially contributed to the event and, so far, they’ve raised approximately $35,000 to pay for expenses.

Woods, the daughter of a Jamaican immigrant and the first person in her family to get a bachelor’s degree (and now the first to get a master’s degree), said the ceremony also represents an opportunity to recognize the contributions their families have made to their success.

“Every day, I get emails or texts or calls, saying ‘I look to you for inspiration.’ They say, ‘the fact that you went to Harvard, means that I could go to Harvard someday.’ When we walk across that stage, all of our families will know that they’re walking with us. They all know the sacrifices that they’ve made,” Woods said.

Harvard has held similar black graduation ceremonies for undergraduate students in the past and already hosts an additional commencement ceremony for Latinx students.

Other universities, such as Columbia and Stanford, have also held similar commencement ceremonies specifically for black, LGBT, Asian, Latinx and Native American students. However, this is the first time that Harvard’s graduate school community has come together to hold a university-wide ceremony.

Harvard’s black commencement will feature speeches from students on their experiences in higher education, musical performances, and an alumni award ceremony. All participating students will also be given a stole made of kente cloth, a representation of African heritage, to place on top of their graduation robes.

“It’s nice to have a ceremony where black people are intentionally included. We’re in the minority as far as population goes, but we’ve achieved great things,” Simons, a law student who will graduate in 2018, said. “It’s a nice time to circle back and say, we recognize you.”

The ceremony comes at a time when several elite institutions have been coming to grips with their historical ties to slavery. Last spring, Harvard Law School agreed to redesign its insignia, which had been modeled on a slaveholder family crest. In January, Columbia University released a report detailing the university’s connections to slavery. In February, Yale University renamed one of its residential colleges named for a slavery proponent.

“People have been frustrated that more hasn’t been done to reveal the lives of those individuals who made these institutions what they are. Do people even know these voices exist, do people know that we exist? A lot of the challenges have come from institutional and systemic racism that has existed in this country for hundreds of years,” Huggins said.

“This is something that we plan to build upon and make it bigger. We have a great foundation. We plan to take the torch and run. You’ll be hearing about this again next year,” Simons said.