For-profit colleges under scrutiny as students default on loans 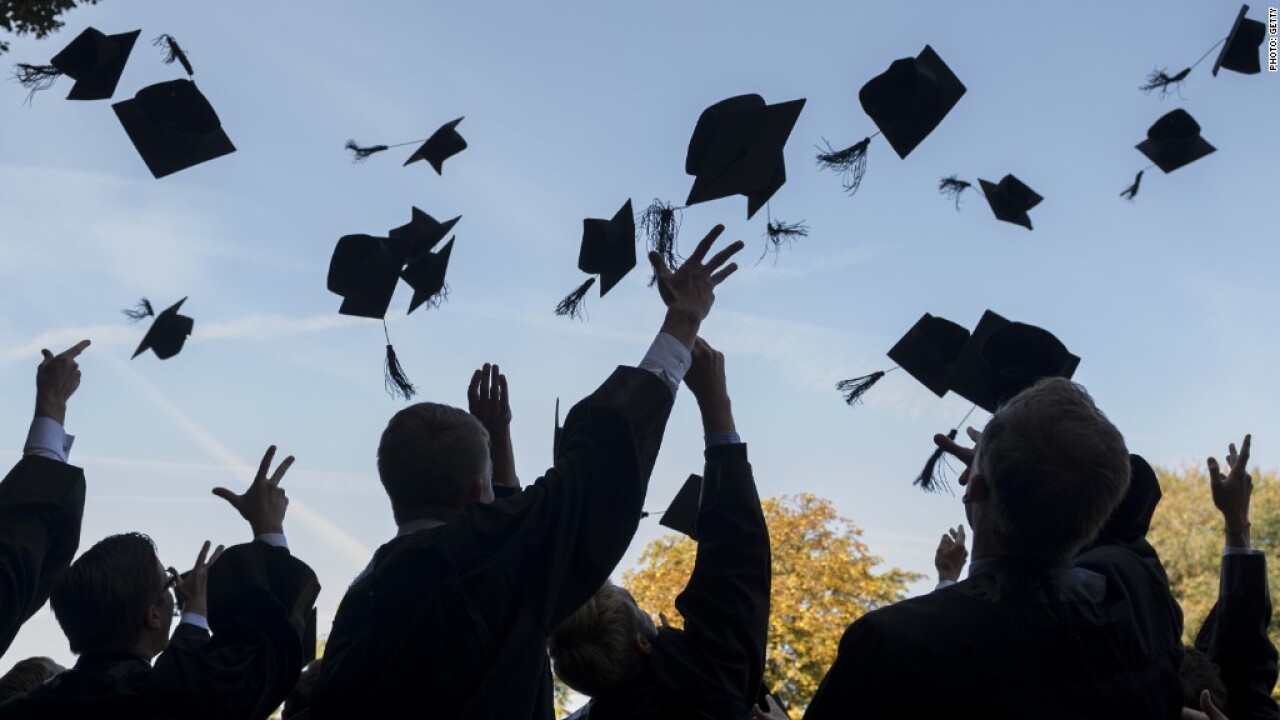 The initiatives were the result of three memos issued by the Obama administration to reform debt repayment. They involved creating a single platform system for loan repayment and banning collection fees for defaulted borrowers.

DeVos rescinded the memos on April 11, explaining that the reform process “has been subjected to a myriad of moving deadlines, changing requirements and a lack of consistent objectives.”

In response, 22 state attorneys general wrote a letter to DeVos criticizing her withdrawal of the memos and calling for the Education Department to reconsider the impact on student borrowers.

“Too many students across the country graduate college saddled with thousands of dollars in student loan debt and fall victim to gross misconduct by loan servicers,” Virginia Attorney General Mark Herring said in a press release. “These critical reforms had been put into place to protect our students and their families, and it’s downright irresponsible for the Education Department to roll them back.”

College loan debt and default rates have become a focus in education policymaking as student loans have eclipsed auto loans and credit cards as the largest form of consumer debt after mortgages. Americans now owe more than $1.4 trillion in loans for their education, and for-profit colleges are under scrutiny for their role for the financial burden.

Enrollment at for-profit institutions of higher education tripled from 766,000 in 2001 to 2.4 million in 2010. Yet only 27 percent of students nationally graduate within six years from for-profit institutions, while the graduation rate for public and private nonprofit schools is more than 50 percent. From Virginia for-profits, the University of Phoenix-Virginia and Stratford University report the lowest graduation rates of 12 percent.

According to Kevin Fudge, director of consumer advocacy at American Student Assistance, students who enroll in school but fail to receive a degree are the most susceptible to defaulting on student loans. Students from for-profit colleges make up 35 percent about student loan defaults.

For-profit schools’ low graduation rates and high loan default rates have not gone unnoticed by the Education Department. Enrollment at for-profit institutions has declined in most recent years because of an improved economy with more young adults heading straight to the workforce, but also due to regulatory and financial pressures while Barack Obama was president.

Like other for-profit institutions, ITT relied on federal financial aid from the Education Department and military and veterans’ benefits for at least 70 percent of the school’s revenue. For-profits are legally prohibited from receiving more than 90 percent of total revenue from federal aid, but this “90/10” rule does not include veterans’ benefits in its calculations.

Data produced by the Education Department together with the Defense Department and Department of Veterans Affairs showed that about 200 for-profits were almost entirely supported by the federal government when military and veterans’ benefits are added into the total revenue.

Proprietary schools tend to cater to non-traditional college students: people from low-income families, underrepresented minorities, single mothers and veterans. The reason why for-profit schools such as South or Stratford University are able to attract these demographics is because of their accessibility, says Tressie McMillan Cottom, an assistant sociology professor at Virginia Commonwealth University and author of “Lower Ed: The Troubling Rise of For-Profit Colleges in the New Economy.”

“It was interesting how little paperwork there is – almost none, and certainly nowhere near the sheer volume we produce on the traditional side,” said Cottom, who researched the enrollment process at nine for-profit schools.

“Much of the admissions process was shaped by women who were heavily concentrated in these jobs as enrollment officers, so there was almost a motherly sort of experience at times. When you experience the for-profit college process on the ground, it doesn’t feel very corporate at all.”

Educational institutions are well aware that non-traditional students benefit from greater support throughout the application process.

“What for-profit colleges do is not innovative, actually,” Cottom said, adding that traditional colleges simply don’t have the funds to spend money on people before they enroll as students. Nevertheless, small touches such as having a person, rather than a voice prompt, answer the phone and conducting application workshops could give traditional higher education institutions the approachability that non-traditional students seek in their learning.

For-profit sector may rebound under Trump

Still, the for-profit school sector is not so easily replaced. Even as for-profit college enrollments have slipped from their peak in 2010, community colleges have also experienced a drop in students. Rather than choosing traditional higher education over for-profit schools, potential students are skipping school altogether.

While negative publicity and tightening federal regulations have dampened the for-profit enrollment and revenue numbers, the market sector has found optimism in President Trump.

Under the Obama administration, the Education Department policed predatory practices by for-profit colleges including false advertising and substandard educational guidelines. ITT Technical Institute and Corinthian Colleges both collapsed under legal challenges during the Obama era as well.

In the same month he was elected president, Trump settled three lawsuits – one stemming from the New York attorney general’s office – against his for-profit education company, Trump University.

DeVos, Trump’s appointee for secretary of education, has championed competition within the educational sphere and holds investments in for-profit education corporations. Since Election Day, DeVry University, a leader in the for-profit sector, has recorded a steady rise of 52 percent in stock price, and other large for-profit educational organizations like Grand Canyon Education and Strayer have reported equally strong increases of 37 percent and 55 percent, respectively.

In Virginia, Trump has asked Liberty University President Jerry L. Falwell Jr. to head an education task force meant to pare down “overreaching regulation.” While categorized as a private nonprofit, Liberty University operates an online division of the university that has experienced explosive growth in enrollment and revenue starting in 2006, rivaling for-profit colleges as a competitive business model. Liberty University also received an estimated $775 million in federal financial aid as student loans and grants in 2011 – the highest amount received in Virginia, according to data from the Education Department.

Everyone got an A because the teacher didn’t show

For-profit institutions are not a new fixture in Virginia’s academic landscape, but neither are issues surrounding the credibility and educational responsibility of these proprietary schools. In 2011, a group of students filed a class action complaint against the Richmond School of Health and Technology seeking damages as victims of a “deceptive and dishonest scheme.”

“In my computer class, the teacher did not show up for the final exam. After sitting in the classroom for nearly two hours, an instructor from another program came in and informed us that we would all receive A’s since the teacher was absent. We never took the exam for that class,” student plaintiff Melissa Blaney testified in her declaration.

“Many employers do not want to hire RSHT graduates because they know that RSHT does such a poor job of educating and training its students,” wrote another student plaintiff. “This bad reputation, combined with my lack of experience in the field, has prevented me from getting a job despite having passed the certification exam.”

Virginia has enacted consumer protections for former students of for-profit colleges that have closed.

Not all for-profit colleges meet a messy legal demise, though the slew of alarming news stories and sly marketing tactics can confuse the prospective students looking to earn new certifications and skills.

In her examination of the predatory nature of certain for-profit colleges, Cottom found that some specialty schools provide value – notably programs that are community focused, much in the way hair cutting or truck driving schools operate to train workers without the flashy advertisements or branding.

She advises students thinking about enrolling at a for-profit college to ask questions that can differentiate between the principled and the predatory.

“I would ask them whether or not the credit hours you might earn there would transfer to a different university,” Cottom said. “Underneath that question when you’re asking, ‘Hey, are my credit hours going to transfer?’ what you’re asking is, ‘Do other colleges and universities value the classes I have taken here?’ And that’s a good proxy for whether or not people in the broader society and community will value your degree.”