How Netflix’s ’13 Reasons Why’ is impacting Chesterfield County Schools 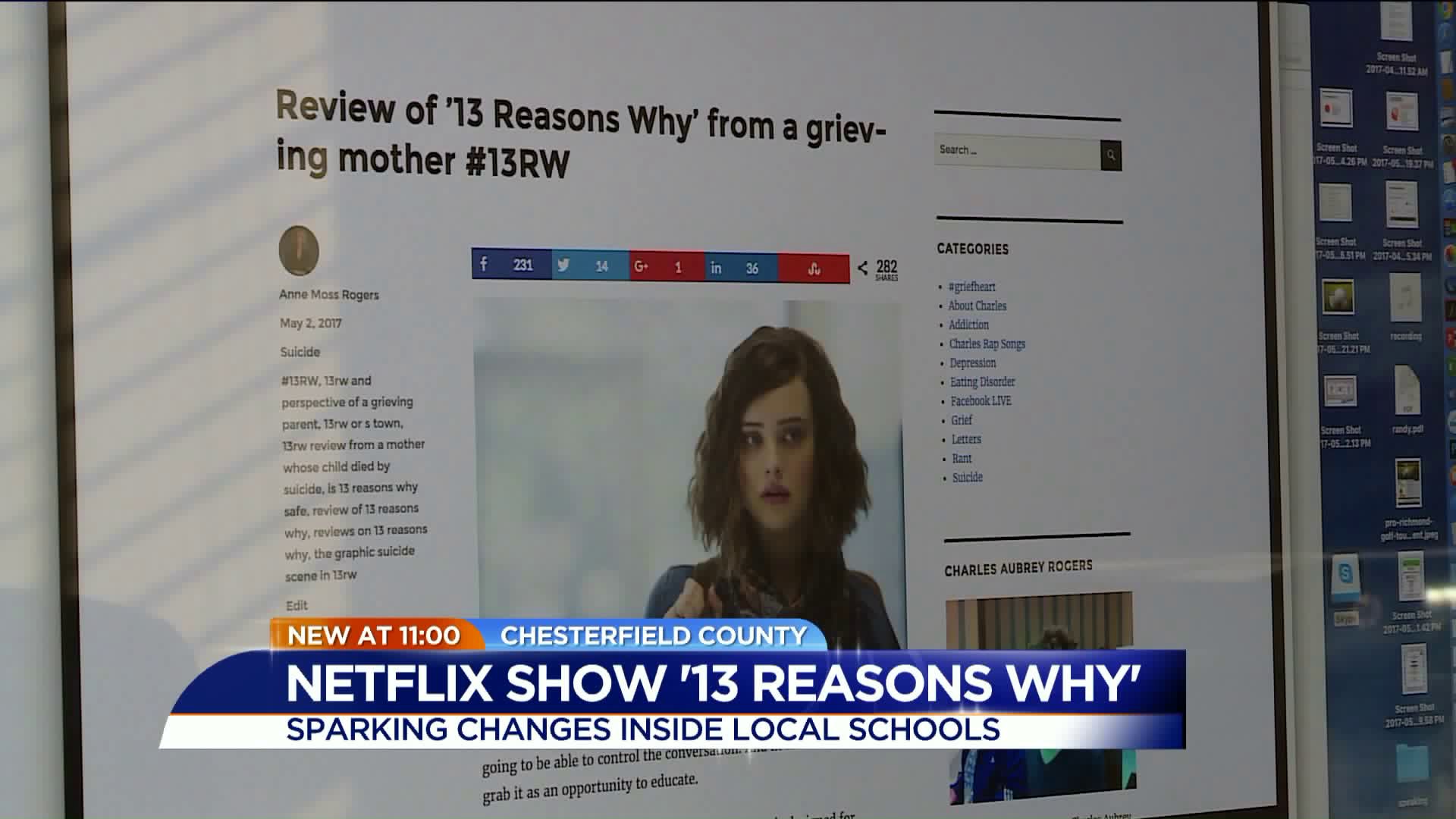 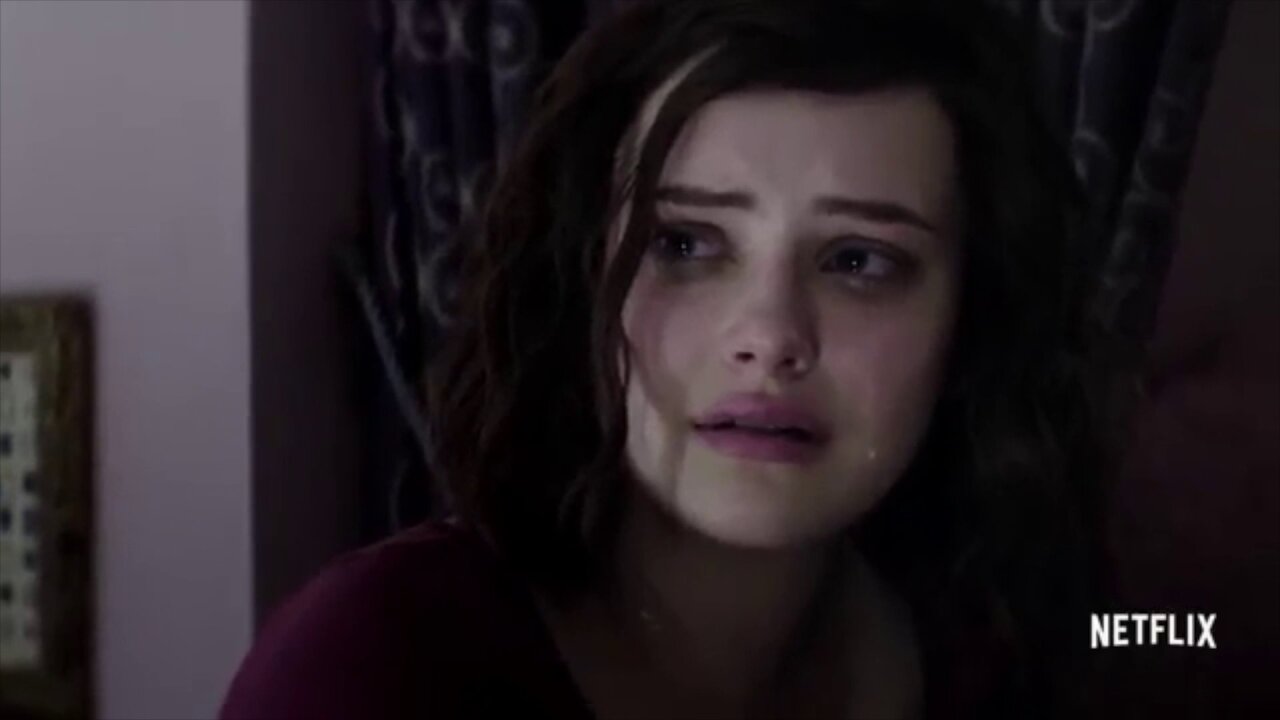 CHESTERFIELD COUNTY, Va. -- The hit Netflix series "13 Reasons Why” is one of the most talked about things in pop culture and has also prompted Chesterfield County Schools to send a letter home to parents.

The series is about a high school student who leaves behind 13 audio tapes that details the people and events that led to her suicide.

"In high school people are like oh did you see that show, it was so stupid. But on the inside they're like I actually relate to this," she added.

The graphic series has been both praised and ridiculed by viewers and has prompted discussion about depression, bullying and suicide.

The series even prompted Chesterfield school officials to send a letter home to parents to make them aware of the show and the sensitive subject matter.

“We are aware that our students are discussing the content of this series, which is graphic in nature and rated MA for mature audiences,” the letter said in part. “Some students have approached our Student Support Services team members with questions and concerns. We believe it is critical for our students to process this information with a trusted adult if they have watched this series.”

The letter also provided support services resources for students, along with tips for parents when talking to their child about the series.

Some believe the open dialogue is good, but fear the impact the show is having on certain children and teens.

"But for kids who are vulnerable, who suffer from depression and anxiety, it can be a trigger for suicidal idealization and that is of course a concern,” said Anne Moss Rogers, who lost her 20-year-old son two years ago to suicide.

Charles Rogers was bright, popular and loved family, but in her blog, Anne Moss Rogers talked about the signs her family never recognized.

She recently wrote a review on the series called “13 Reasons Why from a Grieving Mother.”

She believes the show oversimplifies suicide and fails to bring up issues of mental illness or provide resources that can help suicidal teens.

"I think that with every story on suicide you should have resources likes, the crisis text line, the suicide hotline and let people know it can be prevented," said Rogers.

“Become educated on the topic, I lost a son because I did not see those red flags and quite frankly no one else did either."

Chaffee recently won an award on behalf of Roger's foundation for spearheading a suicide awareness campaign at Cosby High school.

"It’s a 14 day challenge where you tell a different person each day that they matter," said Chaffee.

She said she hopes it will change and even save lives.

Team Chesterfield:
Our teachers and staff members are reporting students are sharing that they have watched the new Netflix series 13 Reasons Why. The 13-show series, based on a book by Jay Asher, is about a high school student who dies by suicide and leaves 13 audio tapes detailing the events that led to her suicide. It appears to viewers that the tapes were meant for the people in the student’s life whom she essentially blames for her suicide.
We are aware that our students are discussing the content of this series, which is graphic in nature and rated MA for mature audiences. Some students have approached our Student Support Services team members with questions and concerns. We believe it is critical for our students to process this information with a trusted adult if they have watched this series.
The series includes these concerns, as noted by our Student Support Services team:
Please take time to determine whether your child has seen this show and if there is support the school division can offer. The American Foundation for Suicide Prevention has tips for parents for talking with children about 13 Reasons Why. The Jed Foundation provides helpful support as well. The show contains many complicated issues, and we want to make sure each student has an opportunity to discuss feelings or emotions.

The Student Support Services team members at your child’s school stand ready to support you and your family. Please do not hesitate to contact them if you have concerns or questions.