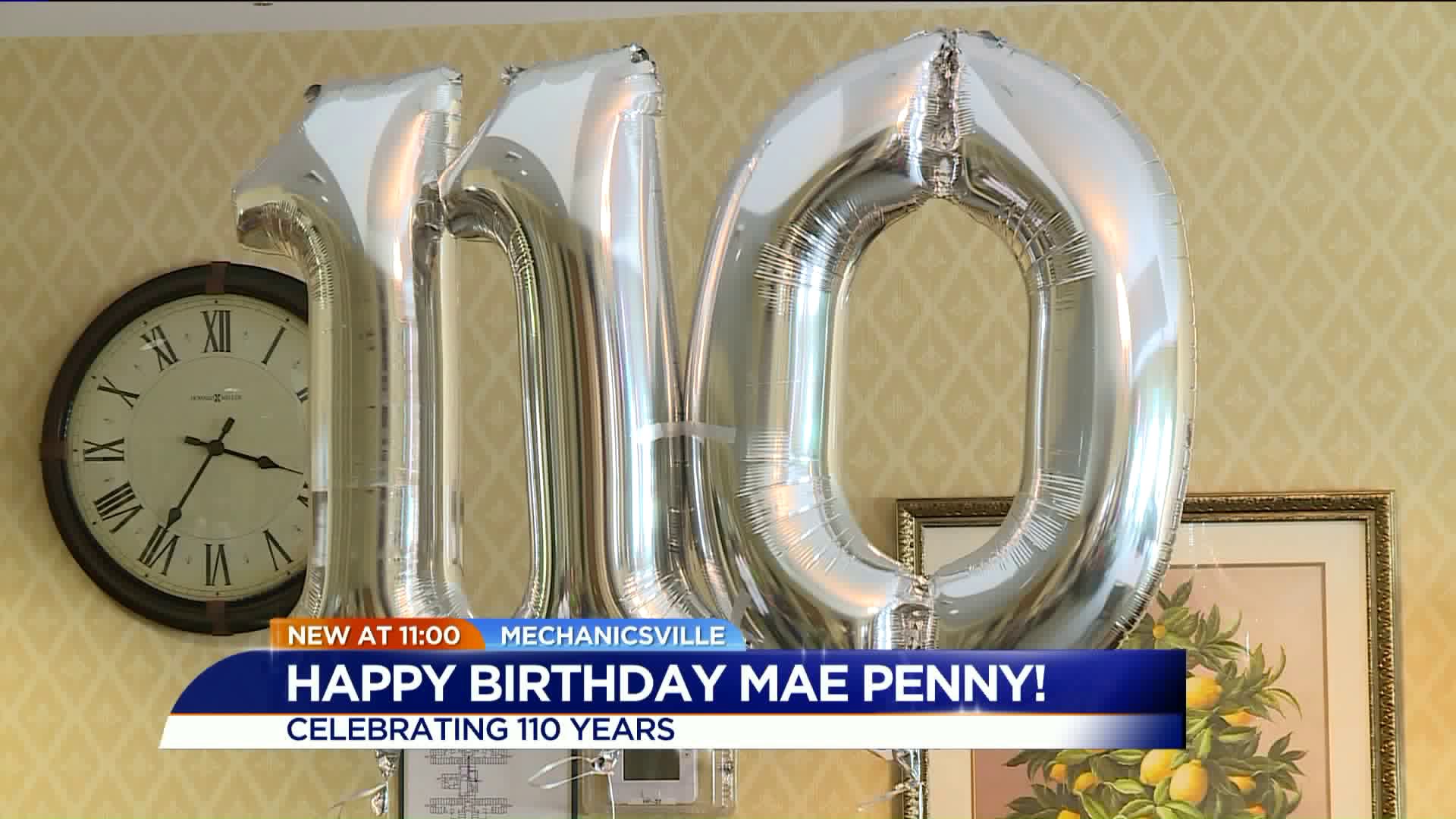 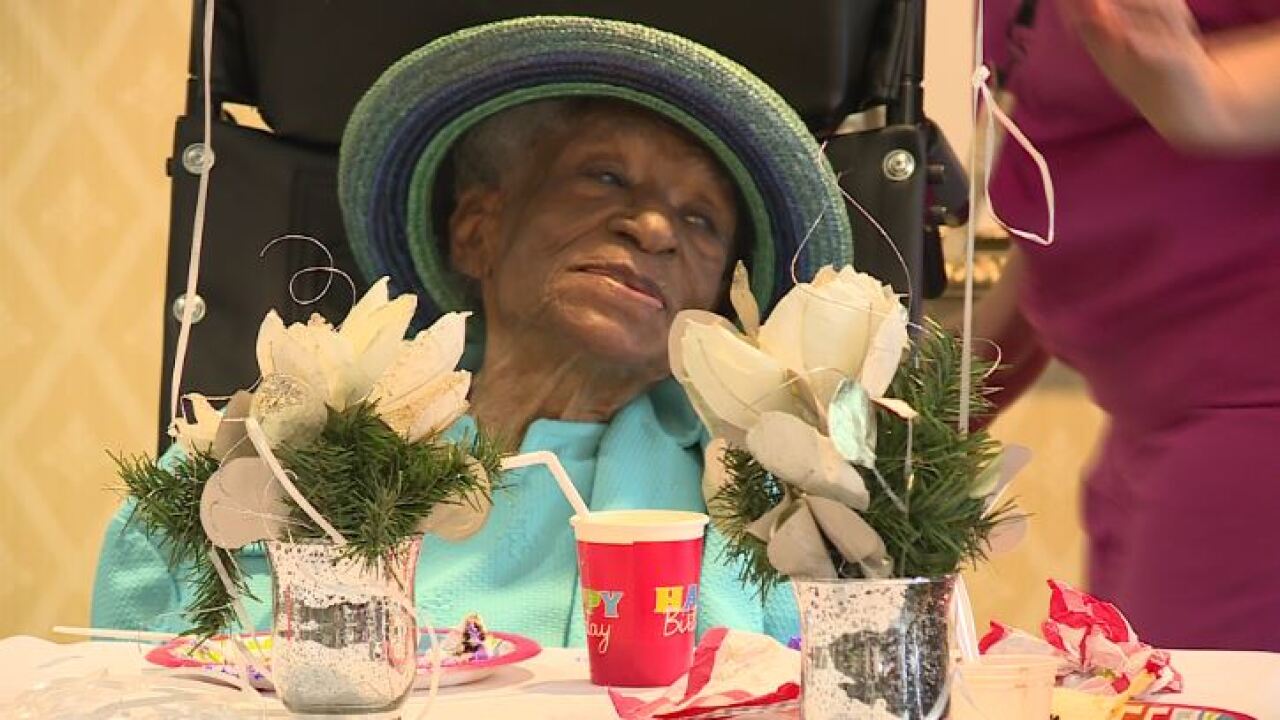 MECHANICSVILLE, Va. -- Mae Penny was the center of attention Friday afternoon as she celebrated her 110th birthday inside a Mechanicsville nursing home.

Family, friends and staff at Autumn Care of Mechanicsville, a nursing and rehab facility, joined Penny for the very special birthday celebration.

Penny’s cousin, Alvin Lomax, described her as very humble with a great sense of humor.

Penny is also well-traveled and a Pinochle wiz, according to Lomax.

“She has difficulty now with her hearing and she is blind… However she has not let that deter her from being agreeable and hospitable to people,” he said.

So what has kept Mae Penny going for 110 years?

She credits not smoking nor drinking for her longevity. 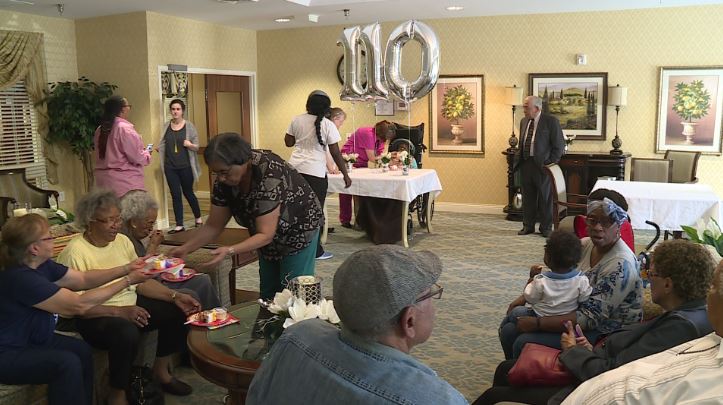 Penny is originally from King William County, where she grew up and attended school. She lived most of her adult life in Wilmington, Delaware.

She married twice and had one son, William Brown Jr., who passed away at 35 years old.

Penny worked in the private duty services field until she retired in the 1970s.

That’s when Penny returned home to King William County and built a new home on the property where her parents lived.

There, she also reunited with her church, Third Union Baptist Church in King William, where she served on the usher board.

“We can all learn from her the ideal of persistent and character,” said Lomax.

He said those traits come from her strong religious background.