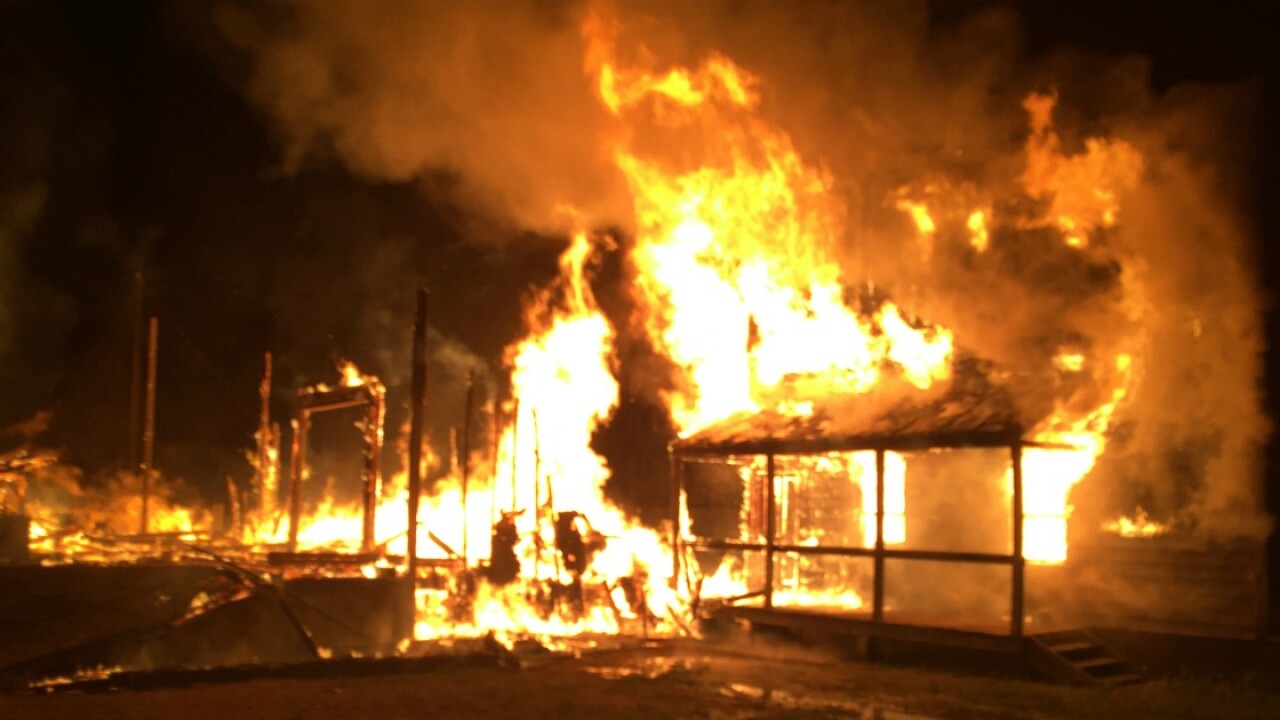 Images shared by Powhatan County Fire and Rescue Department showed flames shooting from the structures when fire crews arrived at little after 5 a.m. 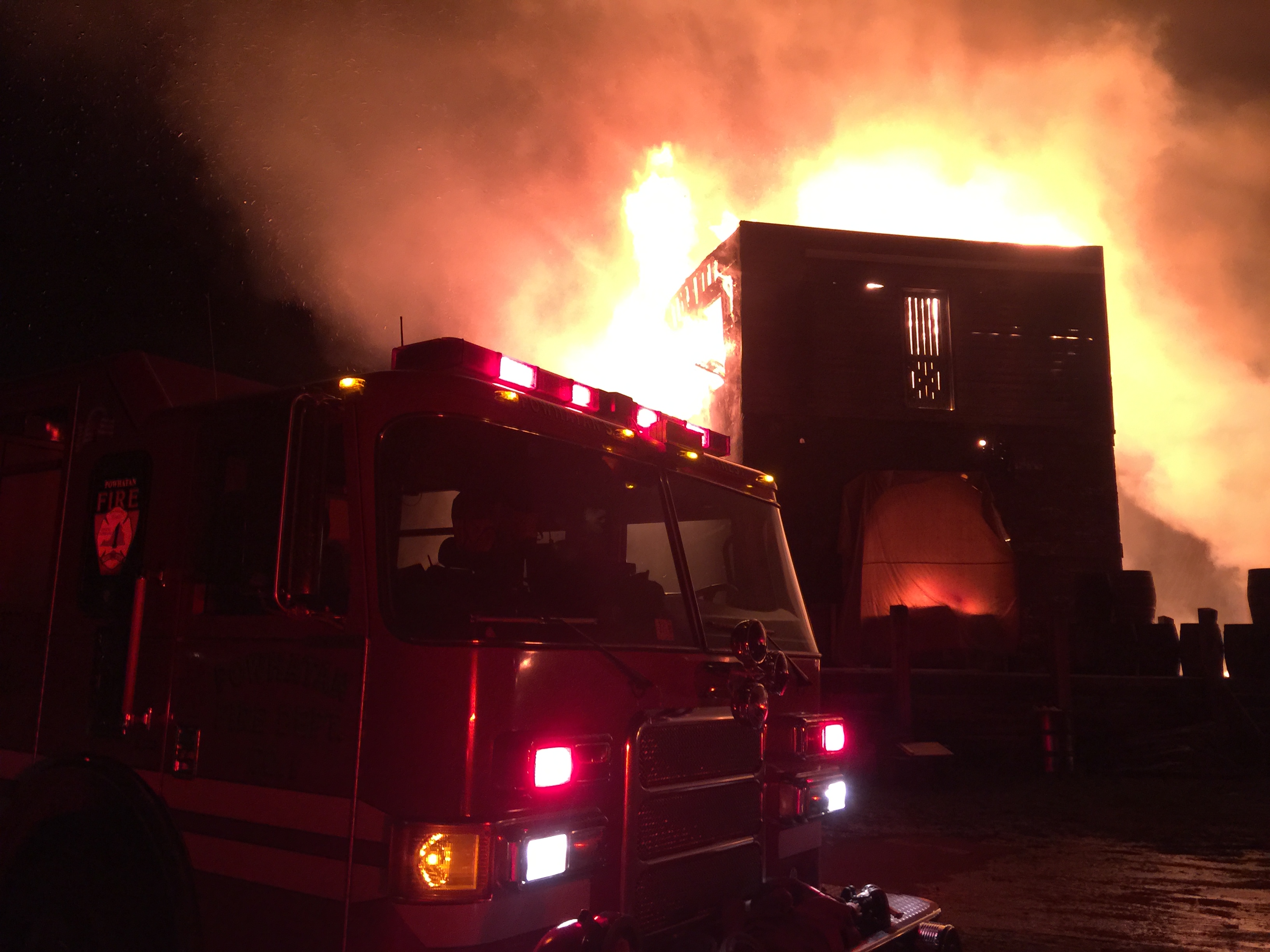 The set is located at State Farm on James River Correctional Center property near the James River, according to Powhatan County Fire and Rescue Chief Steven Singer.

“It’s not really a building, it’s a facade,” Chief Singer said of the stand along L-shaped building that caught fire.

There was little firefighters could do to save the structure, the chief said.

“We focused on trying to save other set pieces on the property (including a ship used in the film Lincoln),” he added.

Those other set pieces were spared from the fire.

“It is unfortunate that some of the sets at State Farm where damaged in a fire,” Andy Edmunds, with the Virginia Film Office, said. “Fortunately, there were no injuries, and our clients had already completed filming at this location.”

County and state fire investigators will return to the scene Thursday in an effort to determine what caused the fire.

“We look forward to these sets being rebuilt so we can continue attracting these good jobs to Virginia,” Edmunds added.

This is a developing story. Send news tips and information here.