Chesterfield’s cherished bell restored – is it the oldest? 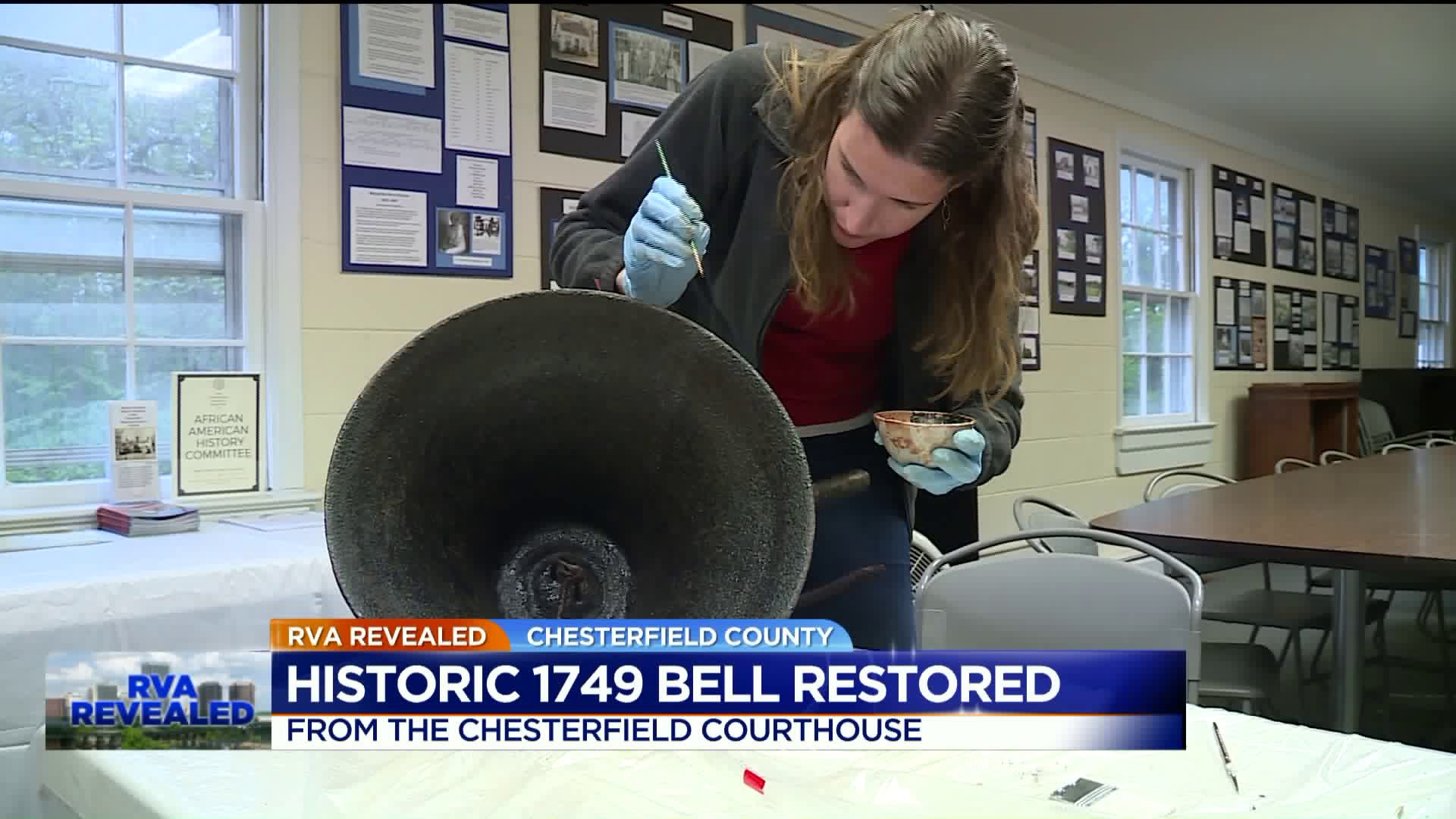 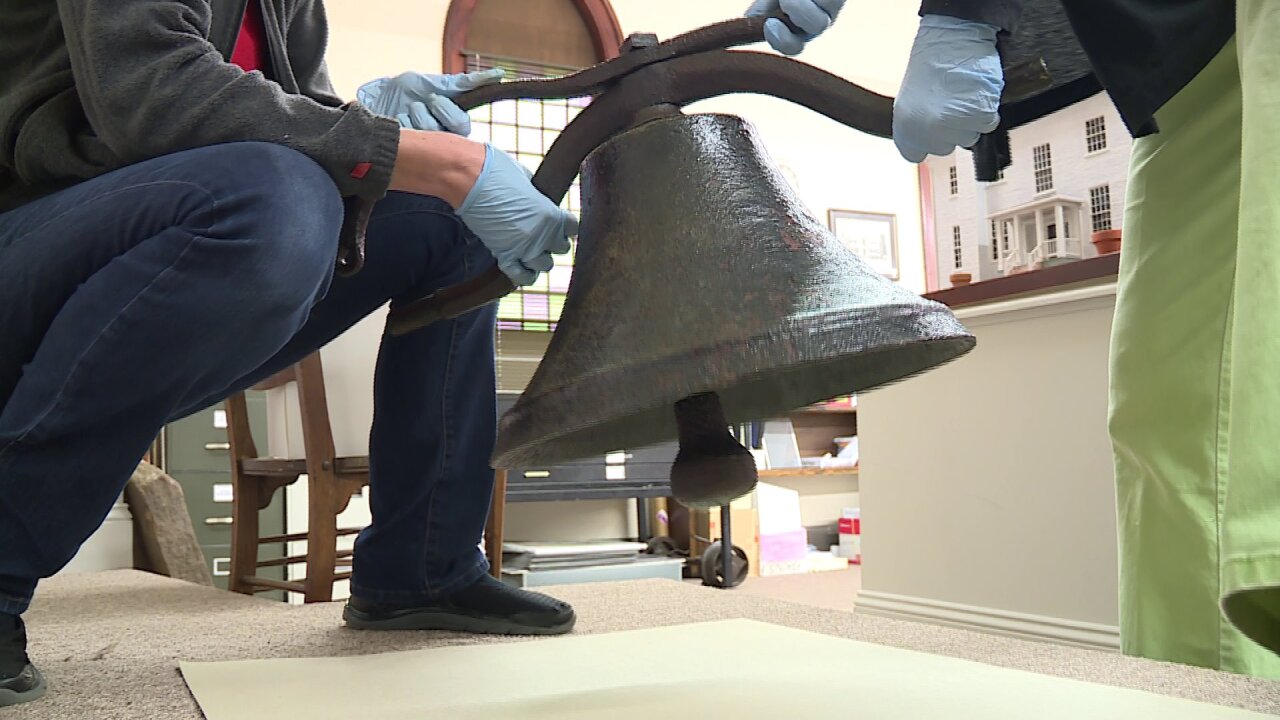 CHESTERFIELD COUNTY, Va. -- When it comes to history, which bell is the belle of the ball?

Some Chesterfield County history lovers believe their old courthouse bell at least deserves a ticket to the dance.

After all, "The Liberty Bell is from 1752 - and it has a crack in it," said Leiss Van der Linden-Brusse with the Chesterfield Historical Society of Virginia.

And their bell is older - from 1749 - and is practically perfect in every way, especially since a conservator worked on it this week to preserve it in its natural, 268-year-old state, with it being exposed to the elements for many of those years. 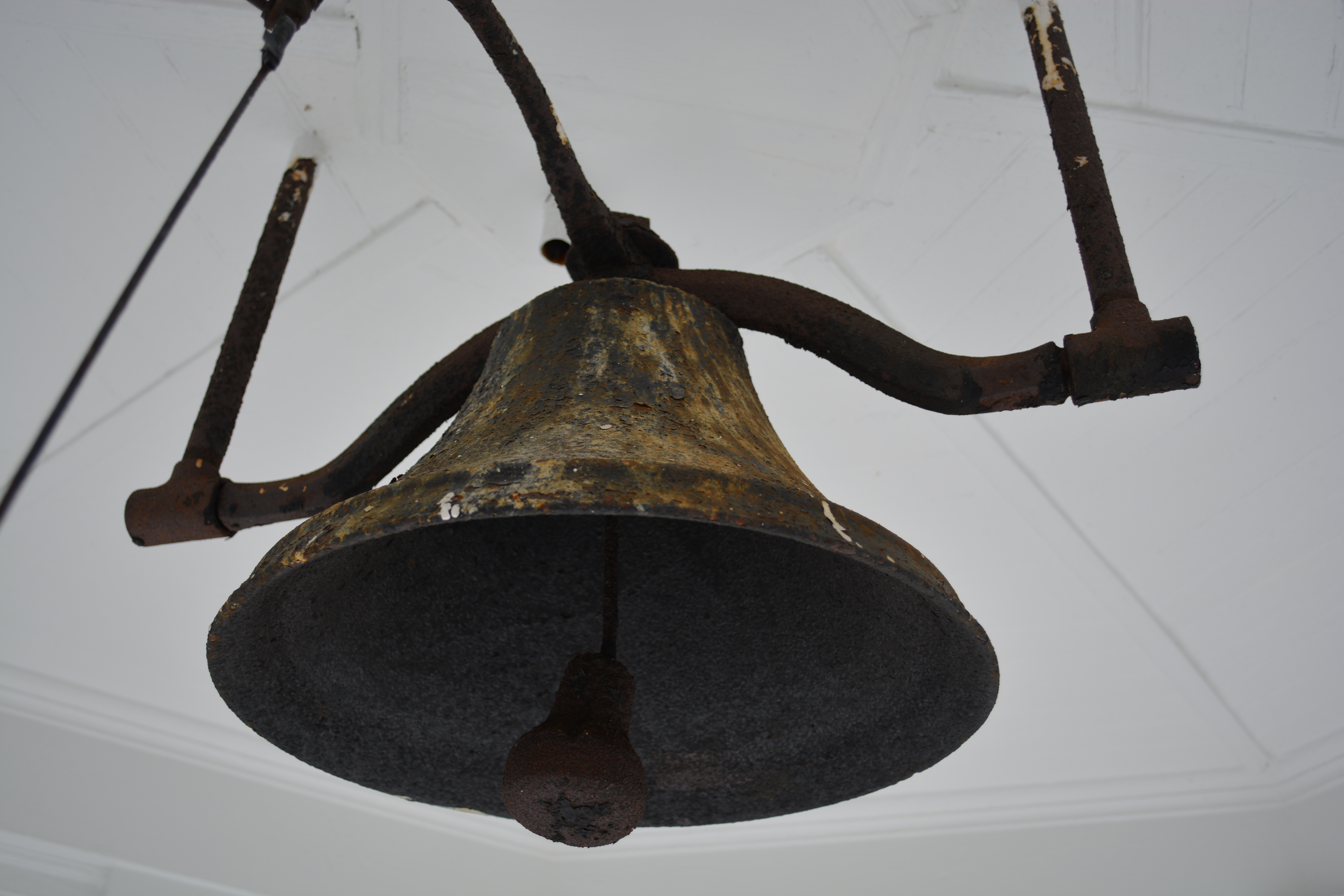 Even the iron ring holding the clapper appears to be original, conservator Sharon Norquest said while carefully dabbing on the final touches Wednesday.

It was the Chesterfield County Sheriff's job to pull the rope that tipped the bell into the clapper at the start of each court session. After the original courthouse was burned by the Yanks during the Civil War, the rescued bell was eventually moved to the new courthouse in 1917. A somewhat newer bell - still about 100 years old and the same shape and size as the old one - is coming from Massachusetts to fill the old bell tower now that the grand old bell will be housed in the county museum.

Linden-Brusse said they had hoped the cleaning and careful examination would reveal marks indicating where the bell was cast and who made it. But none were found.

She believes it's possible it was cast locally

So just how rare is this courthouse bell?

The famous Freedom Bell that rang at the First Baptist Church in Williamsburg is much newer, although certainly more better known since it rang over one of the nation's most historic black churches.

And the well-known bell at the ancient Bruton Parrish in Williamsburg is far younger than the church itself. It was donated by a merchant in 1761.

Locally, it appears only the bell from St. John's Church - circa 1741 - has rung longer. It, too, has been removed from its bell tower. It lives at the Virginia Historical Society.

But if you want to talk really old, the chapel bell at McKendree University in Lebanon, Illinois, is believed to have come from a Spanish monastery and has been tolling regularly for some 1,300 years.

But that won't keep Chesterfield from chiming about the virtues of it's historic bell that last tolled 30 times 10 years ago - one ring for each victim of the Virginia Tech massacre.

The old bell will be one of the centerpieces of the centennial celebration of the Chesterfield County Courthouse on October 26.