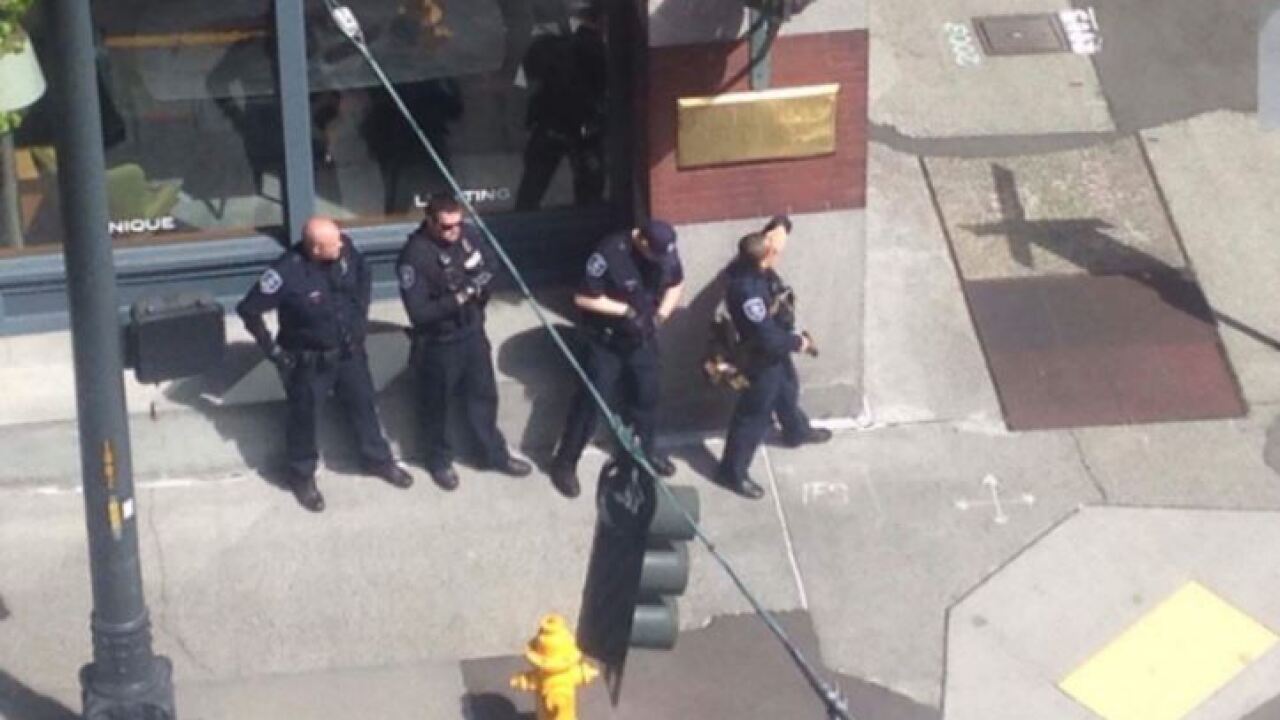 Two Seattle police officers were shot Thursday while responding to a robbery at a 7-Eleven convenience store.

As officers responded, a female suspect hit one of the officers on the head with a bottle and another suspect ran into a building, barricading himself inside, Seattle Police spokeswoman Carmen Best said at a news conference.

While barricading himself, the suspect shot at police, Best said. It is unclear if he was the only shooter. Two officers, one male and one female, were shot.

The female officer’s bulletproof vest protected her and she suffered minor injuries; the male officer was hit in the face and has more serious injuries, Best said. Harborview Medical Center said that officer is in serious condition. Initially he was described as having life threatening injuries, but his condition has improved.

Our thoughts are with @SeattlePD officers injured in today's shooting. This remains an active crime scene, so please steer clear of the area

“We are very grateful that our officers are in as good of condition as they are. We’ve been able to speak to both of them,” Best said.

Two suspects have been arrested and one suffered significant injuries, police said. All suspects are now in custody. Earlier, police had thought there was a third suspect but that person was not involved.