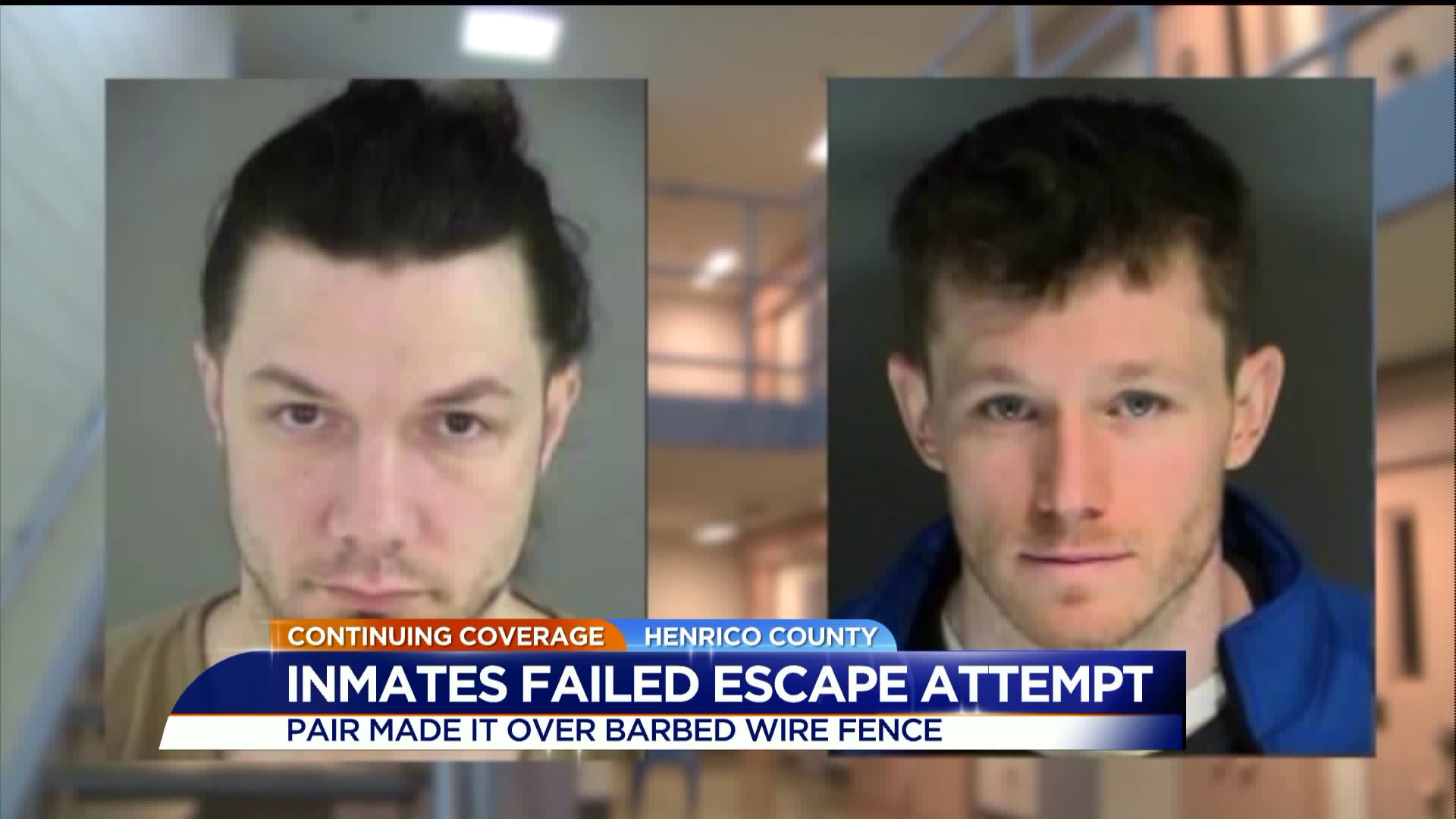 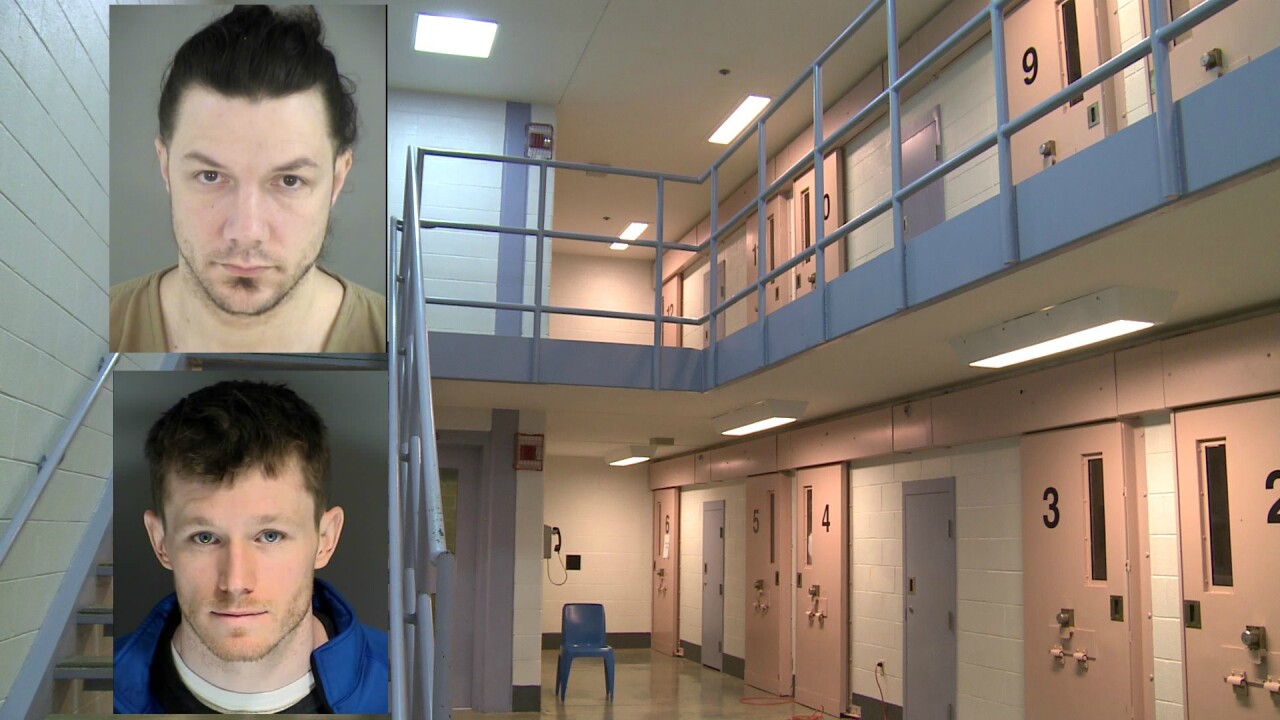 HENRICO COUNTY, Va - One Henrico County jail inmate is still recovering in the hospital after he and another inmate tried to escape from the jail Tuesday night.

Officials are investigating the escape but said they plan on making security changes to prevent something like this in the future.

Frank Arthur, who is still at VCU Medical Center, was serving time for possession of meth with intent to sell. Clayton Musselman was facing grand larceny and probation violations.

Col. Alisa Gregory from the sheriff’s office said that Tuesday night’s attempted escape was calculated. Officials found a map and detailed instructions for the escape among Arthur’s belongings.

"I've been here for 19 years and this is the first escape attempt of this magnitude, where they went to such extremes to plan and for as far as they were able to get,” said Col. Gregory.

Jail officials said the inmates attempted escaped occurred around 9:30 p.m., when Arthur and Musselman were supposed to walk from their pod to the medical center.

"They're called in groups down to pill pass at medical. There is a pill pass deputy that stands outside of medical to monitor the inmates and make sure they take their medications,” Col. Gregory said.

Somehow, the two veered off unnoticed to the side of the building, scaled a fence and got to the outdoor recreation center. They then used aluminum benches to climb over a second barbed wire fence. A deputy saw them on the surveillance camera and called for help.

"That deputy followed protocol. She alerted staff via radio, she called for possible escape, which alerted staff on campus and the New Kent Sheriff's Office."

Deputies caught up to the inmates before they got over the fence. The inmates tried to use their coats to get over the barbed wire, but were injured and had to be taken to the hospital.

Col. Gregory said they'll make some immediate changes like removing the benches and escorting groups of inmates in to get their medications.

"There's a portion of the building that doesn't have barbed wire on it—right beside a barbed wire fence that could be used---and an inmate could scale it with the drain pipe so we’re looking possible to barb wiring the top of that building,” said Col. Gregory.

Both men face escape charges, will carry a minimum of five years. They’ve also been moved to a restrictive housing unit in the jail where they won’t be allowed outside and will have to be escorted everywhere they go.