Police: No evidence Facebook killer Steve Stephens is in Virginia 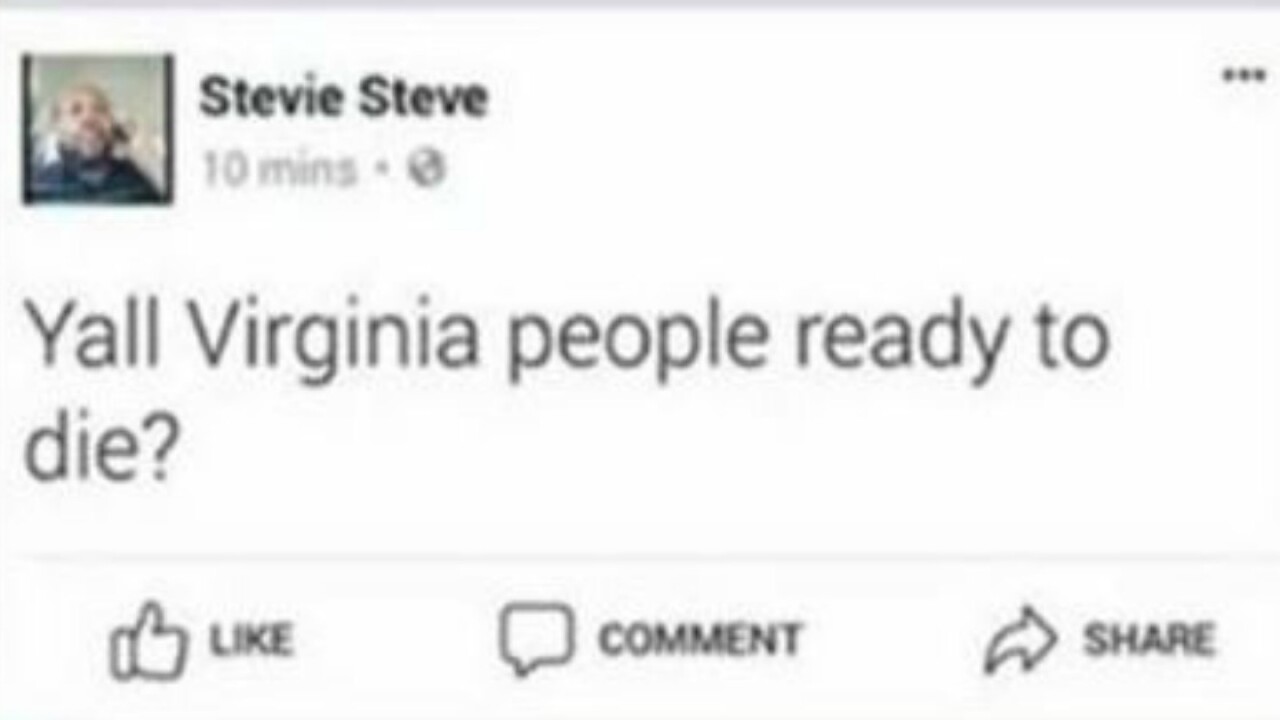 RICHMOND, Va. -- Federal Crime Insider sources tell CBS 6 that there is no reason to believe accused Facebook killer Steve Stephens was in Virginia. During a nationally broadcast press conference, authorities also struck down other circulating rumors that Stephens was outside of Ohio -- saying they had no reason to believe that right now.  Virginia State Police deferred to federal authorities, who are leading the manhunt, and who have established a $50,000 reward for Stephen's capture.

Stephens, 37, stands charged with Sunday's aggravated murder of 74-year-old Robert Godwin, and authorities say he could be in Pennsylvania, New York, Indiana or Michigan.

The suspect's mother said that when she last saw Stephens on Saturday, he said it would be a miracle if she ever saw him again.

They spoke the next day, she said, and he told her he was shooting people because he was angry with his girlfriend.

Though Pennsylvania authorities said early Monday that Stephens' cellphone had issued a "ping," or a signal, in Erie, Pennsylvania, the Erie Police Department said Monday afternoon it had no knowledge of a ping emitted from its city. Erie is about 100 miles east of Cleveland.

Stephens' last known location was the murder scene, he said.

Appearing alongside a US marshal and an FBI agent, Williams said investigators have searched dozens of locations, "to no avail," and that one of his detectives had spoken to Stephens via cellphone after the killing.

He did not elaborate on the call, other than to say the detective attempted to convince Stephens to surrender.

"We're still asking Steve to turn himself in, but if he doesn't, we'll find him," the chief said. "We're not going to stop until we find him."

He warned any of Stephens' friends or family members who might assist him while he's on the lam: "If you think you're helping Steve, you're really not. You're going to get yourself in trouble."

Stephens is a black male who is 6-foot-1 and weighs 244 pounds. He was last seen wearing a dark blue and gray or black striped polo shirt. He was driving a white Ford Fusion with temporary license plates, Cleveland police said.

"He is considered armed and dangerous, so we want people to be careful out there," Williams told reporters Sunday.

Stephens uploaded a video to his Facebook page showing a gun pointed at a man's head. Stephens fires the weapon.

The victim recoils and falls to the ground.

The video was posted around 2 p.m. Sunday.

"We work hard to keep a safe environment on Facebook and are in touch with law enforcement in emergencies when there are direct threats to physical safety," a Facebook spokesperson said in a statement.

Stephens claimed on Facebook that he committed multiple homicides, but police said they had no knowledge of other victims as of 9 a.m. ET Monday. He has many traffic violations but no criminal record, Williams said.

As Cleveland police and the FBI were searching for Stephens on Sunday, more than 300 tips poured into the department, police said.

No confirmed sightings of Stephens were reported as the search moved into Monday.

'If you see me again, it'll be a miracle'

Green, a former clerk at the Justice Center Complex in Cleveland who is now on disability, said the conversation confused her.

"If you see me again, it'll be a miracle," she quoted him as saying.

On Sunday, Green learned about the shooting when her youngest son told her about the video.

She was "just dumbfounded" and called Stephens. He told her he was "shooting people" because he was "mad with his girlfriend" of about three years, she said, explaining it was a brief phone call because her phone died.

Williams said police have spoken to the woman Stephens was referencing and she is safe and cooperating with the investigation. The woman's neighbors told CNN that Stephens often stayed at her Twinsburg home with her three young girls. One resident said Stephens was there two days ago fixing the home's garage.

Police have not talked about a possible motive in the shooting. Stephens and Godwin didn't know each other, authorities said.

"From what we can tell now, it's just a random person that he picked out. We don't know why," Chief Williams said.

Stephens is employed at Beech Brook, a behavioral health agency in northeastern Ohio that serves children, teenagers and families, according to a spokeswoman for the facility.

"We are shocked and horrified like everyone else," said Nancy Kortemeyer. "To think that one of our employees could do this is awful."

Kortemeyer could not provide Stephens' job title, nor could she say how long he'd worked at Beech Brook. Stephens' mother said he was a social worker.

Beech Brook was closed Monday "for the safety of our employees," Kortemeyer said. "At this point, we'll just be closing today, but we'll take it day by day."

Victim was 'a good man'

Robert Godwin was walking on the sidewalk when he met Stephens.

He was on his way home from an Easter meal at his children's home when he was killed, CNN affiliate WOIO reported.

Brenda Haymon, Godwin's youngest child from his first marriage, said he was a father of 10.

"He lived a good life. He's a man people should model themselves after," she said.

One of his sons, Robert Godwin Jr., told WOIO that his father's death isn't real to him yet.

Williams told reporters that the victim's family has reported several bogus GoFundMe accounts and asked that people refrain from contributing to any of them until the Godwins send out official details.