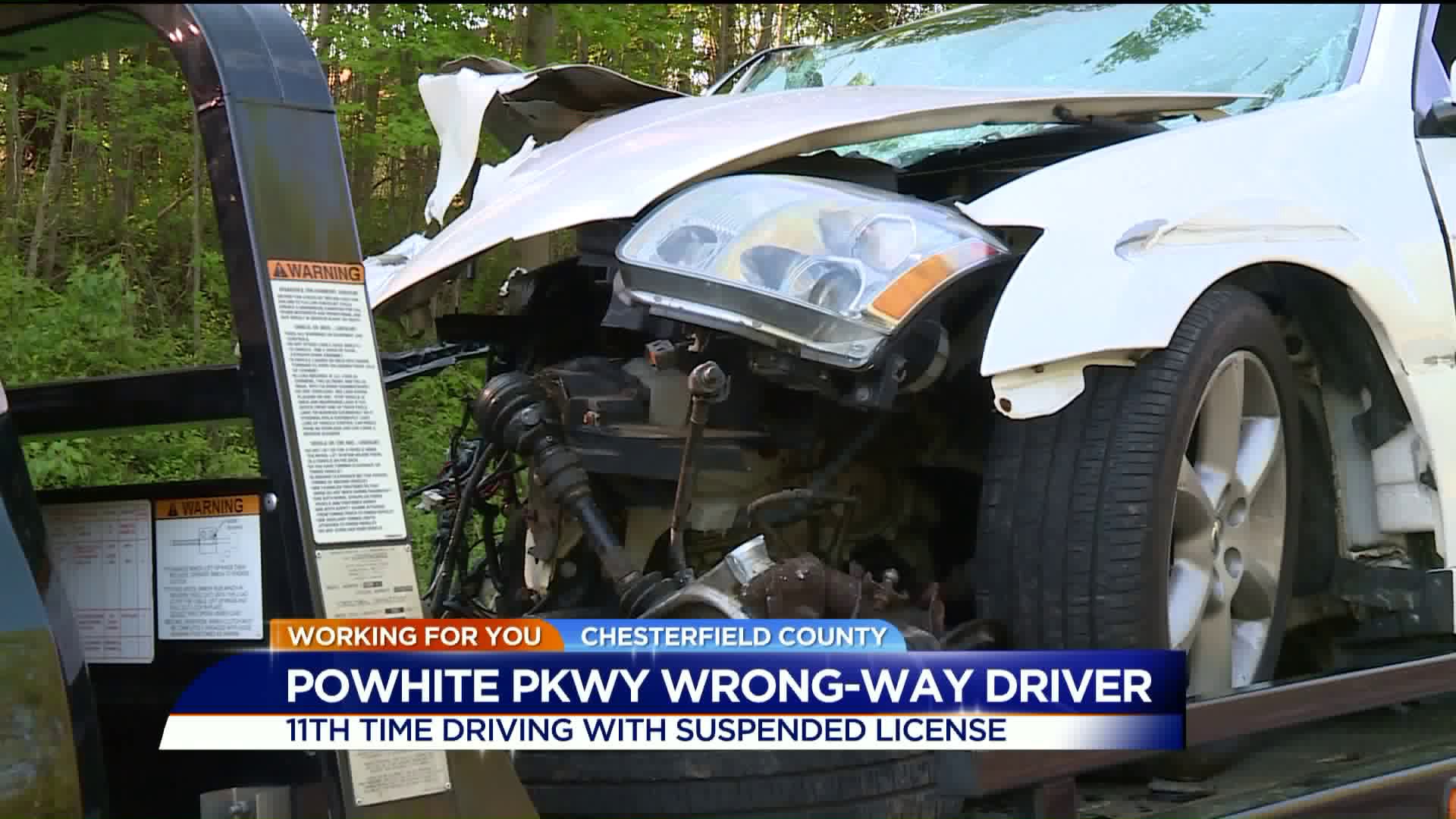 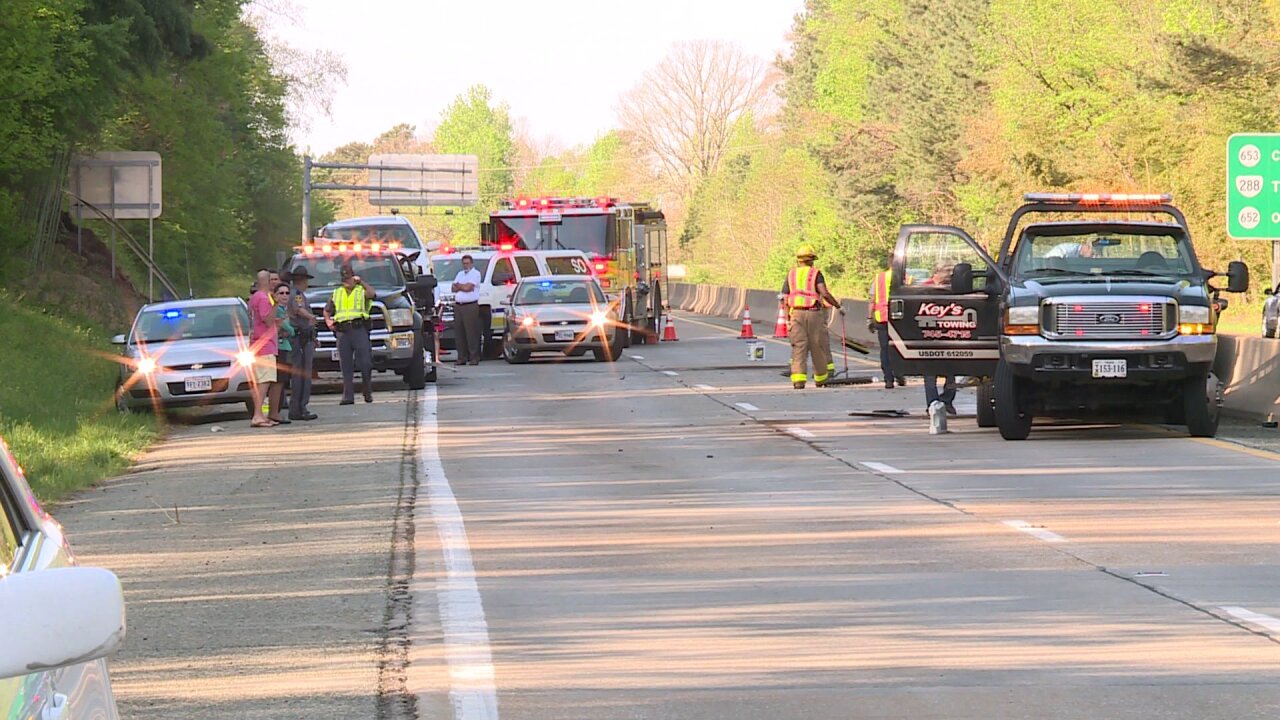 CHESTERFIELD COUNTY, Va. -- Virginia State Police have charged a wrong-way driver, accused of causing a four-vehicle wreck on the Powhite Parkway Sunday morning, with Reckless Driving and Driving with a Suspended license.

It was the 11th time Thomas Meece, 29, of Mecklenburg County, has been charged with driving with a suspended license.

The accident happened Easter Sunday when a 2004 Nissan Maxima, driven by Meece, was traveling south in the northbound lanes near Midlothian Turnpike and struck three other vehicles.

The accident made for an unusual Easter Sunday for Gabrielle Vargas and her five-year-old son Robbie.

"Easter bunny came,” Vargas said. “He was really excited.  We were in his room opening new toys and stuff and all of the sudden we hear this loud boom!” 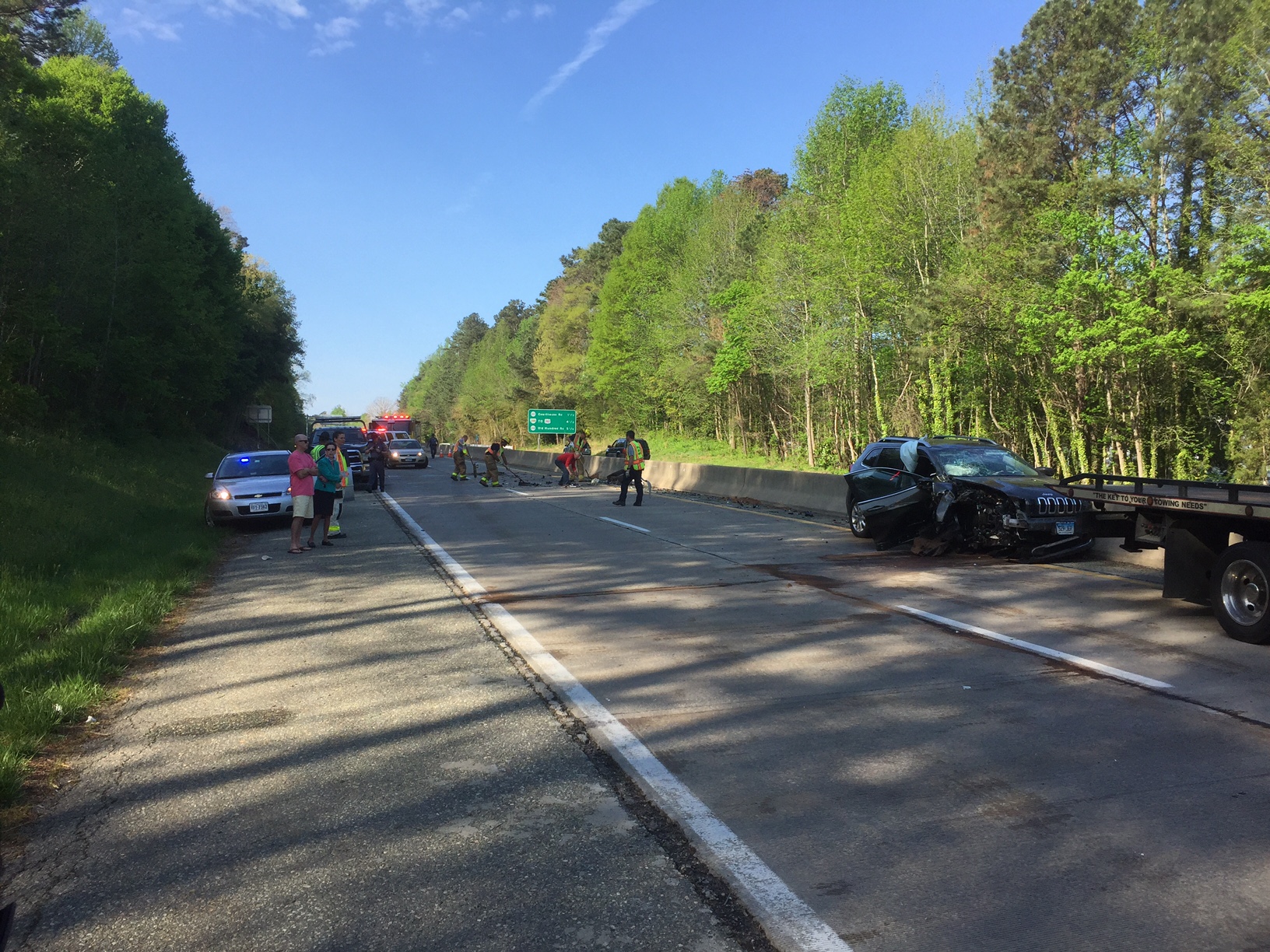 The family’s backyard butts up to the Powhite Parkway where Virginia State Troopers investigated the crash.

Meece and two other people were taken an area hospital with injuries that were called non-life threatening.

After seeing the wreckage, Vargas said things could have been a lot worse.

“All you see is pieces of car all over the highway," she said.

Her son, Robbie, was excited to see the police in action since he wants to be an officer when he grows up. Accordingly, Vargas decided to use Sunday as a teaching moment for her young boy.