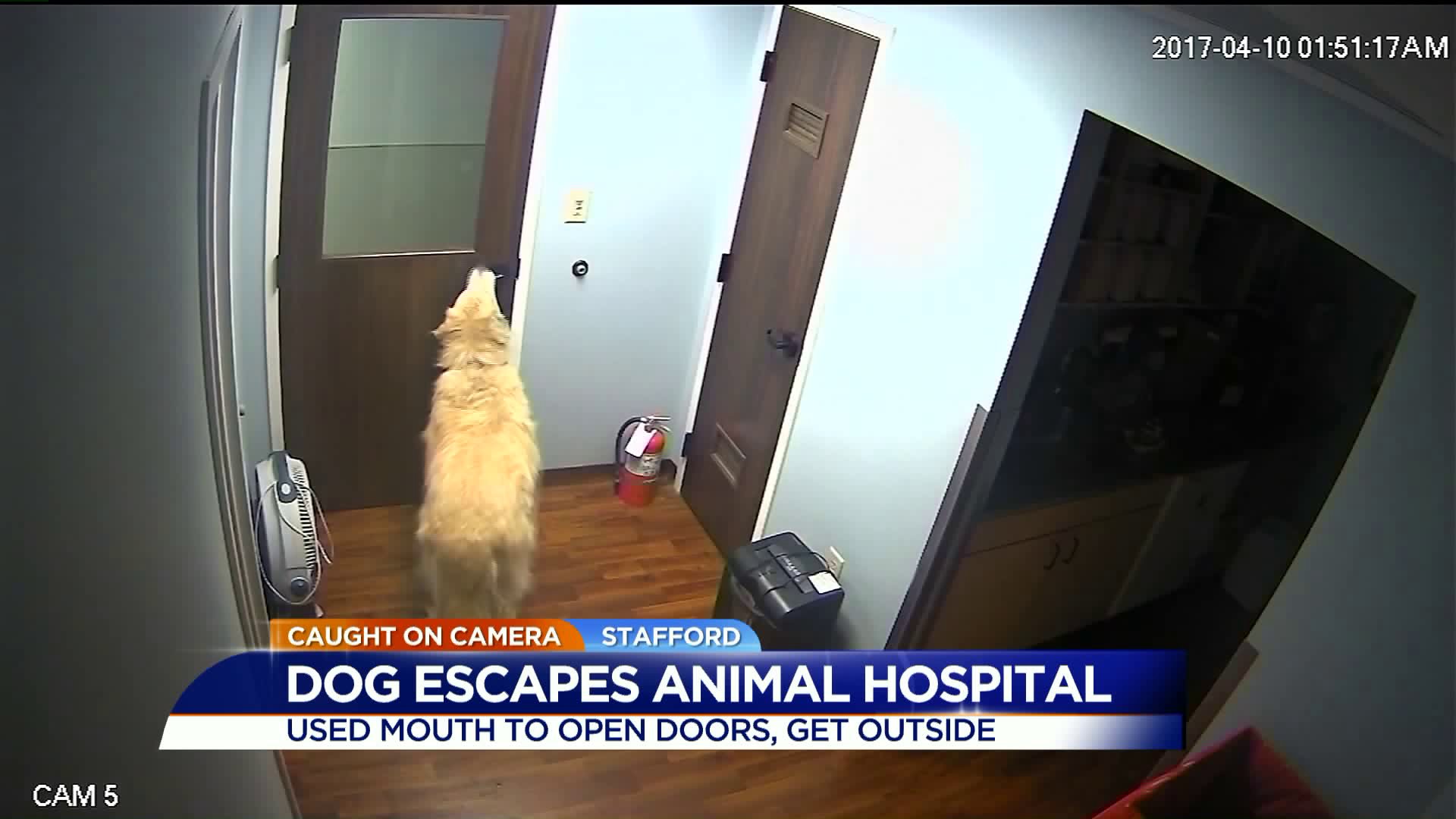 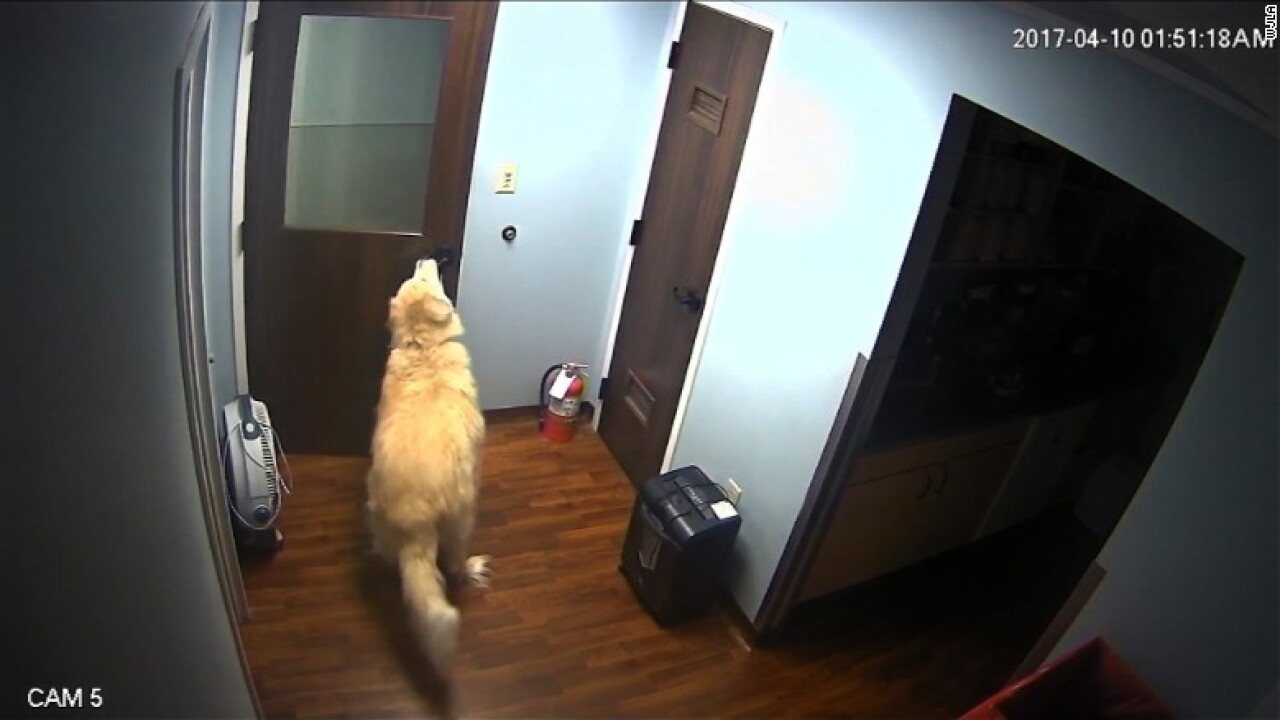 STAFFORD COUNTY, Va. -- A Virginia family is grateful and breathing a sigh of relief after their vacation getaway turned stressful.

While they were gone, they learned their 10-year-old dog was able to get out of where he was being boarded and went missing.

And the big escape was caught on camera.

“It’s been tough,” said Travis Campbell, the dog’s owner. “He’s a little Houdini when it comes to opening doors. He can get a lot of doors open.”

Early Monday morning, General, a Great Pyrenees, managed to get out of his room at the kennel, but that was just the start of his escape.

Eventually, the door opens, but General had more rooms to get out of, which, for him, is not a big problem.

After roaming around the Aquia-Garrisonville Animal Hospital for more than two hours, General eventually opened a door and found himself outside. Then, he calmly walked away.

The last time General is seen on the surveillance video, he walked past a bench.

After the animal hospital shared pictures, General was found in a nearby neighborhood, 15 hours after his escape.

The family said they knew General was clever, but not like this.

“I knew that he could open doors and all that, but I didn’t think he would be able to get through the doors of the vet,” Campbell said.