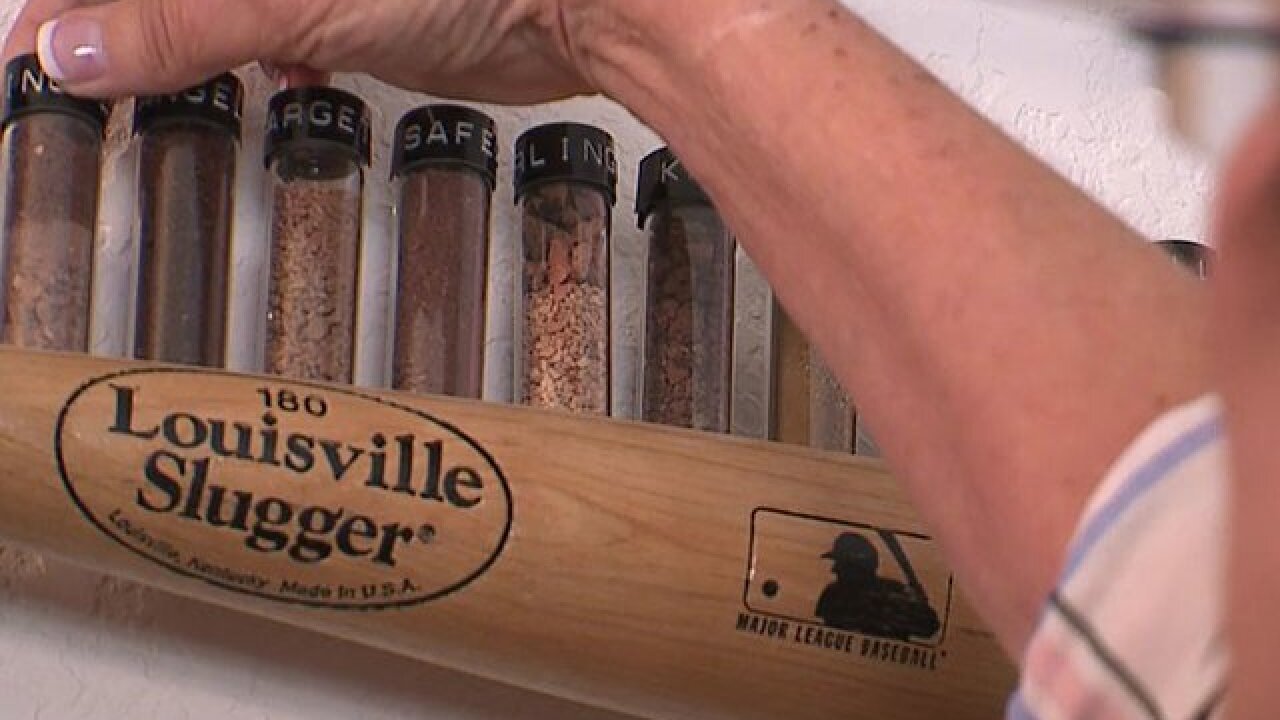 SAN DIEGO, Calif. — Some people collect ticket stubs or beer glasses from all the professional baseball games they attend.

“You can see it’s all different with different consistency and color. It’s all very unusual,” she said while showing off her collection to KGTV.

Van Cott has been to all 30 Major League Baseball stadiums. Somehow, someway, she’s managed to grab a handful of dirt from each field.

“Sometimes I wonder if I ask for permission or forgiveness,” she said, describing her process for collecting the dirt. “Often, I’ll go on a tour and lag behind the tour and just bag some brick dust at the end.”

Her collection started nine years ago on a trip to Atlanta. Because of health reasons, Van Cott has to drive or take a train to each stadium. She and her husband plan the road trips.

Each stadium’s dirt has its own labeled vial, all of them displayed on two baseball bats, separated by National League and American League.

It’s part of a larger baseball memorabilia collection in her home, which includes 136 autographed baseballs, jerseys from stadiums around the world, pictures, books and every other kind of baseball souvenir.

Now that she’s got all 30 parks, she’s planning to expand her collection.

“I’ve started with spring training parks. I have most of Arizona now, and in a couple of years, we’re going to Florida,” Van Cott said.