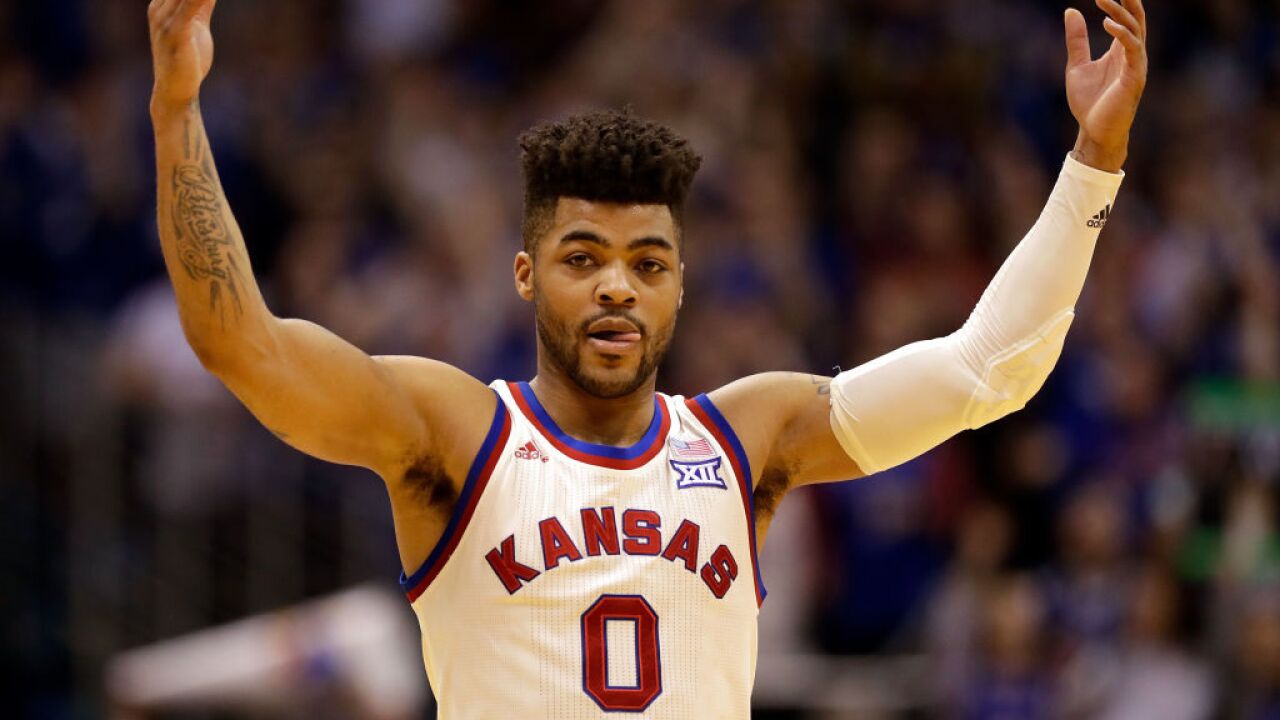 LAWRENCE, KS – FEBRUARY 13: Frank Mason III #0 of the Kansas Jayhawks pumps up the crowd during the game against the West Virginia Mountaineers at Allen Fieldhouse on February 13, 2017 in Lawrence, Kansas. (Photo by Jamie Squire/Getty Images)

LOS ANGELES – Petersburg’s Frank Mason won the John Wooden Award given to the nation’s top college basketball player on Friday night, completing a sweep of all the major individual awards handed out this season.

Mason also won national player of the year honors from the NABC, the Associated Press, the Naismith Award and the Oscar Robertson Award. He became the first player in Kansas history to win the AP honor and was also the only consensus pick on the AP’s All-American team.

Mason was the first player in Big 12 conference history to average at least 20 points and 5 assists per game in leading the Jayhawks to this year’s Elite 8.

Mason also won the Bob Cousy Award given out to the nation’s top point guard.