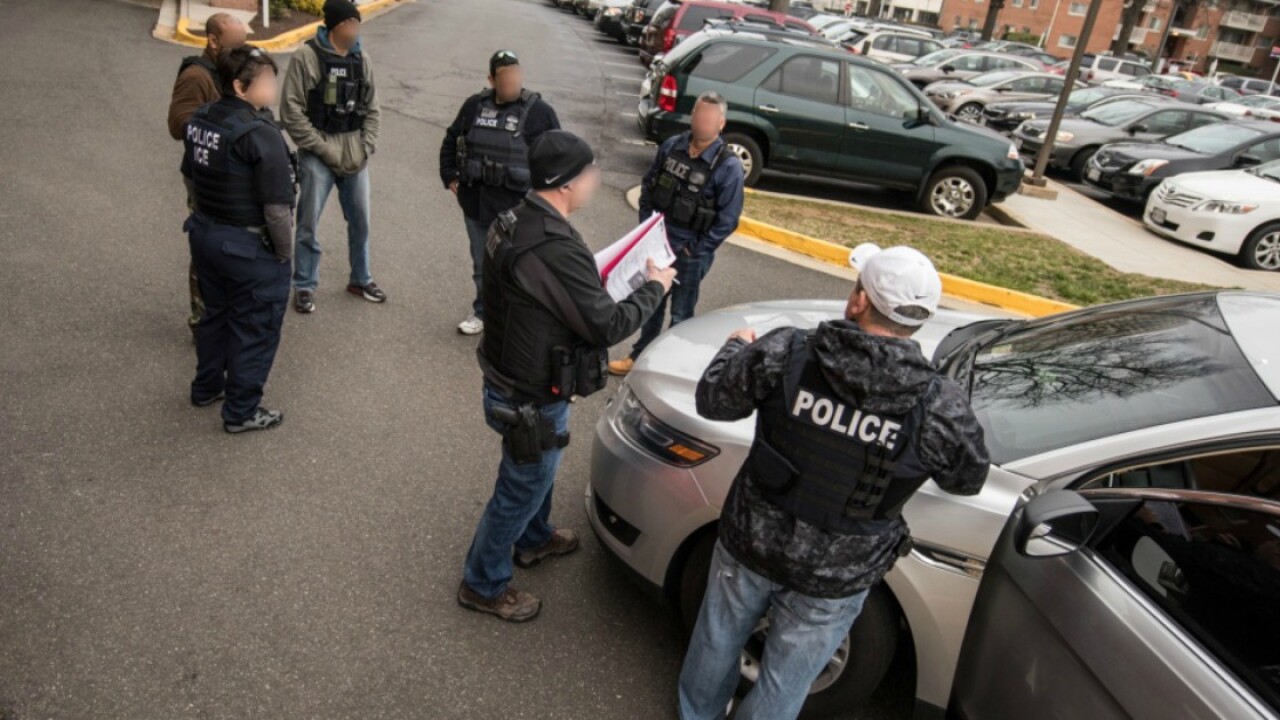 WASHINGTON, D.C. — A March operation by the U.S. Immigration and Customs Enforcement (ICE) Enforcement and Removal Operations (ERO) resulted in the arrests of more than 80 people in Virginia, Washington, D.C., and Maryland.

Sixty-eight, of the 82 people arrested during the four-day operation, had previous criminal convictions for crimes like armed robbery, larceny and drug distribution, according to ICE.

“Of the remaining 14, two had ties to the MS-13 street gang; two had outstanding final orders of removal; three had overstayed their visas; one was wanted by a foreign law enforcement entity; one was a verified human rights violator; and two had pending local charges. The remainder had unlawfully entered the United States in violation of U.S. immigration laws,” according to a U.S. Immigration and Customs Enforcement spokesperson.

A 34-year-old documented MS-13 gang member, previously removed from the United States in 2006, was arrested in Chesterfield on March 29, according to ICE.

“Raids which targeted working fathers and long-time Richmond residents resulted in the division of multiple families rooted in the community,” a Virginia Interfaith Center for Public Policy spokesperson said. “ICE (Immigration and Customs Enforcement) officers misrepresented themselves as local police, undermining community trust in local law enforcement. Despite the position of Richmond’s local leadership, our neighbors remain unsafe, pushed further into the shadows. It is incumbent upon each of us to advocate for greater accountability and policies that promote justice for all.”

This story will be updated with a new statement from the Virginia Interfaith Center for Public Policy once a requested statement has been received.