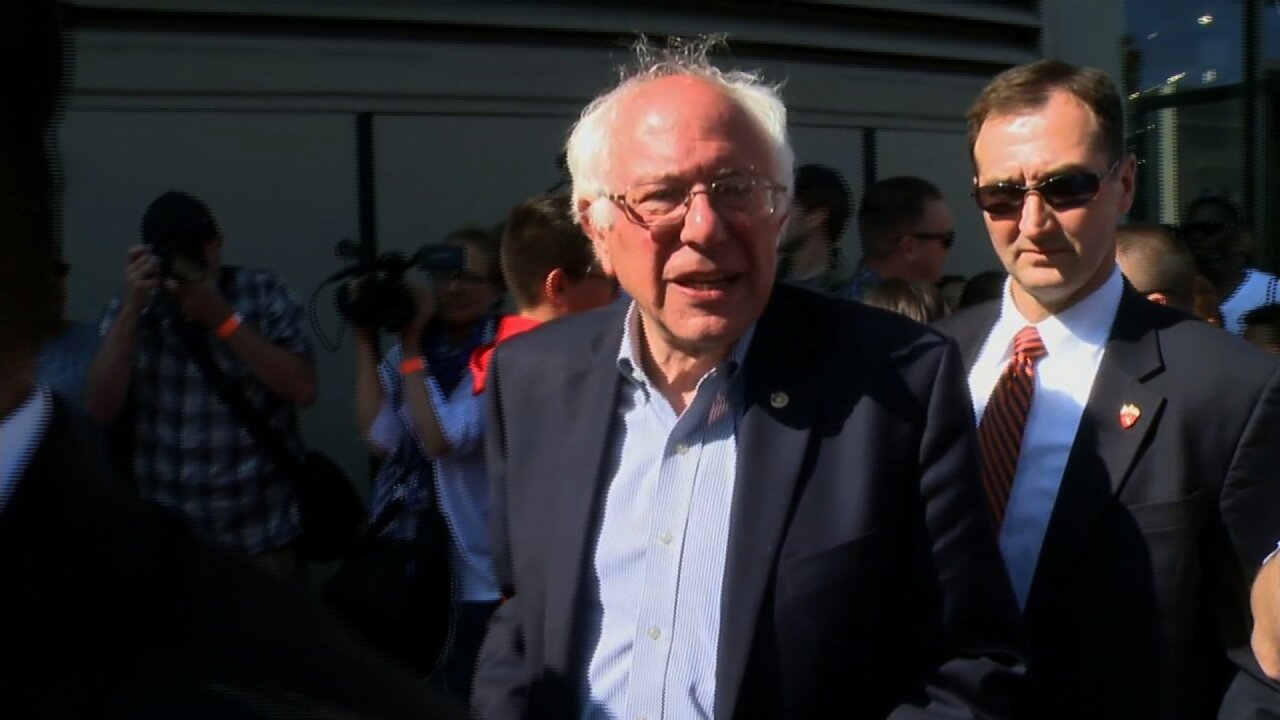 RICHMOND, Va. — A Democratic candidate vying to be Virginia’s next governor received a key endorsement months ahead of the primary.  Former Congressman Tom Perriello, who entered the race in January 2017, announced Tuesday the endorsement by U.S. Senator Bernie Sanders of Vermont.

The endorsement follows a recent poll showing the candidate is tied at 26 percent with Lt. Gov. Ralph Northam for the Democratic nomination in Virginia’s gubernatorial race.

The Wason Center for Public Policy poll indicated that voters are divided for gubernatorial candidates along the lines of last year’s presidential primary, with Sanders’ voters leaning toward “insurgent” candidate Perriello and Hillary Clinton voter’s preferring “establishment favorite” Northam.  Ultimately, Clinton took Virginia with 64 percent of voters to Sanders 35 percent (the 2008 primary numbers could be almost be flipped, in favor of Barack Obama, who was running against Clinton).

Sanders supports Perriello’s call for a $15 an hour living wage, resistance to fracking, and pledge to reject corporate contributions from big utility companies.

“We need to elect progressives at every level of government if we are going to beat back the dangerous agenda of the Trump Administration and its Republican allies,” Sanders said. “Now more than ever we need people in elected office who will fight for middle-income and working families. That’s why I am so pleased today to endorse Tom Perriello for Governor of Virginia.”

“It’s a very notable endorsement for Perriello, that will help him with the progressive democratic wing of the party,” said longtime political analyst Dr. Bob Holsworth. “Another question will be how well each of these candidates can succeed with African-American voters, who make up a substantial portion of democratic voters — that could be a real factor.”

Northam has the support of many in the Legislative Black Caucus, Holsworth said, and Perriello hopes that endorsements by Obama supporters (in addition to Sanders’ support)  will allow him to compete effectively.

“He really does share a good portion of Sanders’ agenda,” Holsworth said. “But he knows he needs to expand beyond Sanders’ base to win in Richmond.”

Another key endorsement for Perriello came earlier in March, from John Podesta, the former Clinton campaign manager. In his Washington Post editorial, he called both Northam and Perriello “progressive” candidates, but concluded that “Perriello is the better choice for the party’s future during a Trump presidency.”

Northam, a former pediatric neurologist who attended Virginia Military Institute, also highlighted similar promises to protect the environment and LGBT equality and impose a $15 minimum wage as Perriello’s platform does.

Perriello, considered a late entrant to the race, represents a challenge to the nomination Gov. Terry McAuliffe and other state Democrats had planned for Northam. Democrats had thought they had avoided an ugly primary battle when the state’s popular attorney general, Mark Herring, chose to run for re-election instead of challenging Northam in a primary.

He served one term in the conservative, sprawling 5th District of Central Virginia before being swept out of office in the tea party wave of 2010. His two years were spent balancing his liberal politics with the conservative sensibilities of the largely rural district, which does include the progressive enclave of Charlottesville.

He sided with conservatives on key issues such as guns (he once received the endorsement of the National Rifle Association) and abortion (he cast a ballot in favor the Stupak amendment which prevents federal funds from being used to pay for abortions). But Perriello ended in a liberal flourish, even bringing President Barack Obama to the district for a dramatic rally in the closing days of the campaign.

He lost by four percentage points.

Northam previously served in the Virginia Senate and was known for his ability to work with both sides, but had a reliably liberal voting record, especially when it came to abortion rights. He also still enjoys the support of most of Virginia’s prominent Democrats including both senators, Mark Warner and Tim Kaine.

While Gillespie holds a solid lead for the GOP nomination, the Republican divisions in 2016 cast a shadow on the party’s primary this year, too.

“A Trump effect adds some uncertainty to the Republican contest,” said Dr. Rachel Bitecofer, assistant director at the Wason Center. “Gillespie, the establishment favorite, is underperforming among voters who preferred Trump to all those insider Republicans last year. But Stewart and Wagner don’t seem to be picking them up, either.”

Most voters surveyed said they disapprove of how Donald Trump is handling his job as president. Among Virginia voters, Trump’s job approval stands at 37%, with 59% disapproving.

The party primaries are set for June 13.