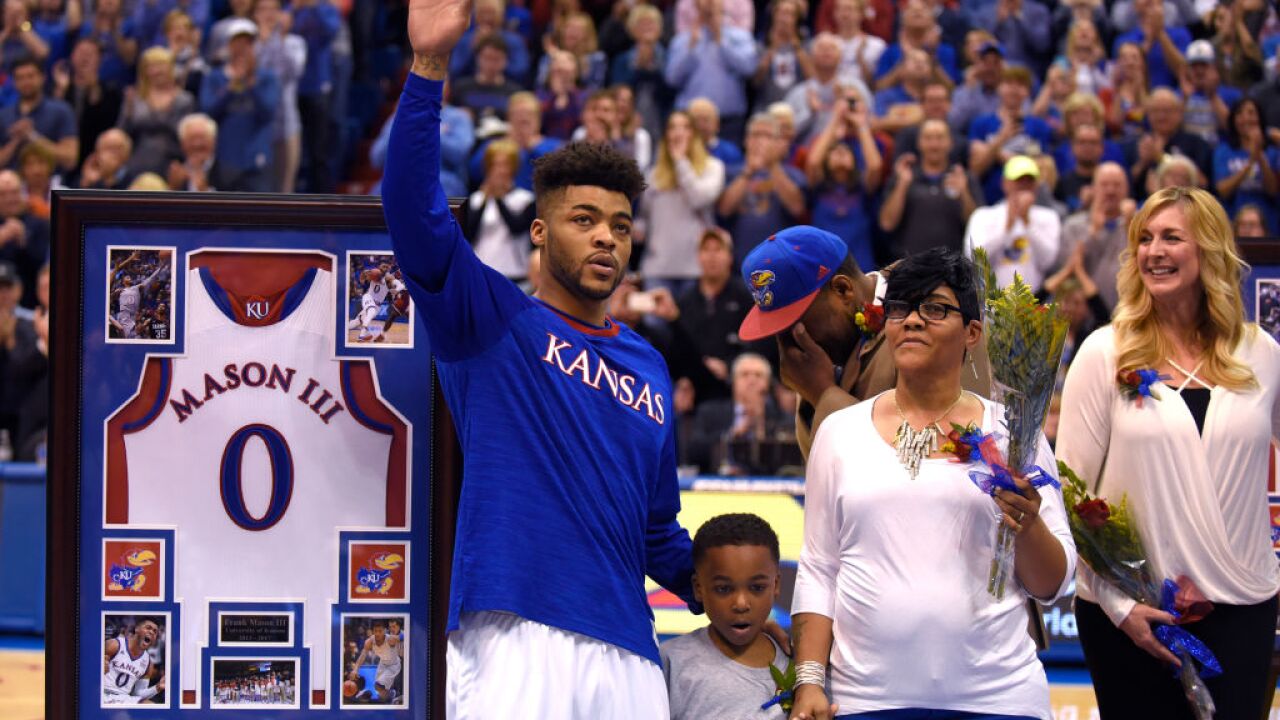 GLENDALE, Az. — Petersburg native and Kansas guard Frank Mason III has been named the Associated Press Player of the Year in college basketball.

“It’s such an honor and privilege to be here,” Mason said Thursday. “I have to thank my parents for putting me in this position and helping me become the man I am today.”

Mason’s collegiate career came to an end Saturday night, when the Jayhawks fell to the Oregon Ducks in the Elite Eight.

The Petersburg High graduate is also considered a favorite to win the remaining player of the year awards, the Naismith Trophy and the Wooden Award.

An online fan vote will count toward five-percent of the Naismith award process. You can vote, here, through March 31.